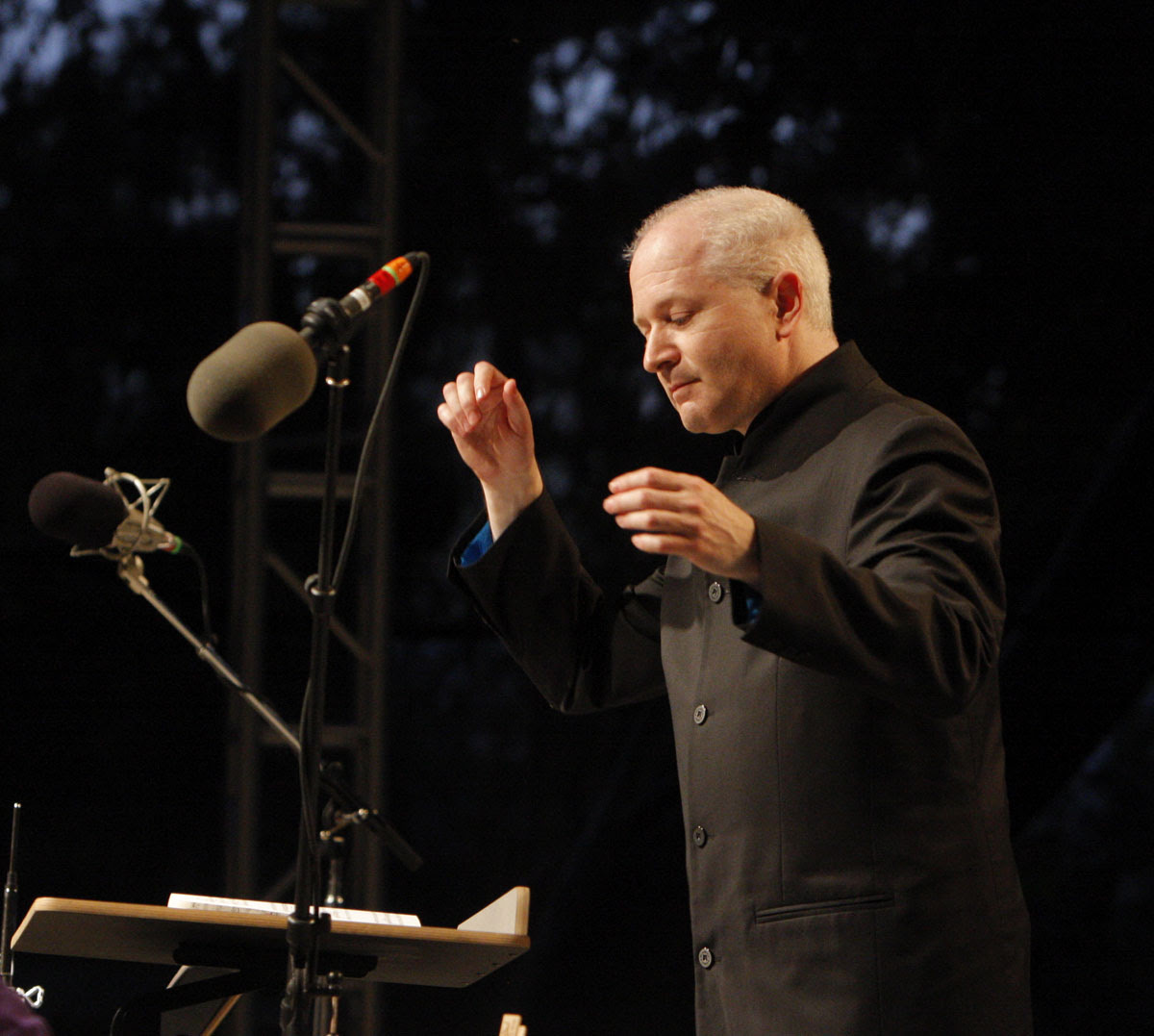 At Aldeburgh, George Benjamin, Pierre-Laurent Aimard, Birtwistle, Knussen - a veritable roll call of big names in contemporary music in modern Britain.In some ways, it was a bit of history, too, since the three major British pieces are fairly early, but have connections with the London Sinfonietta.

Harrison Birtwistle's  Carmen arcadiae mechanicae perpetuum ("a perpetual song of mechanical arcady") was a London Sinfonietta premiere, conducted by Birtwistle himself in 1978. Like a Klee painting, it's built from six basic "mechanisms" which fracture and regroup to form 22 blocks. Each is distinct, some punctuated by percussion, others by dark splats of brass. Each tableau is heralded by a high horn call.  Benjamin's precision allowed individual cells to be heard clearly, as if illuminated, creating an aura of perpetual motion. The piece sparkled, much like the way brushstrokes in an Impressionist  painting let light shine through.  The craggy, zig-zag rhythms sounded gloriously wayward, and the sudden ending bristled with a lively twist.

Benjamin loves Oliver Knussen's Songs without Voices (1991/2) . It's easy to hear why. The exquisite delicacy of these pieces lends itself well to Benjamin's refined sensibilities. Songs without voices?  Because they aren't tied to any specific text, other than the brief title, the listener is freed creatively to "hear" in the imagination. The listener becomes part of the creative process.  For me, the quiet stillness of Fantastico (Winter’s Foil)  suggest the pale light of winter and the way one's breath become visible in cold air. I've never seen open plains, but I could visualize the long outward reaching lines in Maestoso (Prairie Sunset) translated into long, horizontal vistas. In the third song Leggerio : The First Dandelion , I could hardly breathe for fear of shattering the stillness  One could read the original poems (Walt Whitman) but I think the pieces work better as more abstract conceptua, so every listener will have a different experience. In the final song,  Adagio: Elegaic Arabesques, the cor anglais leads, delineating elegant patterns. 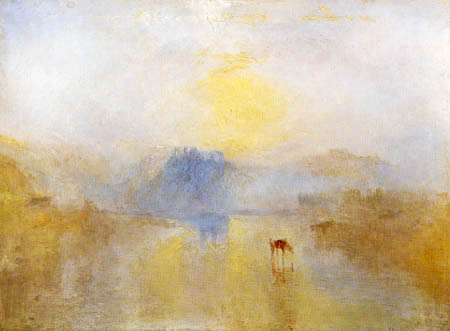 George Benjamin's At First Light was premiered by the London Sinfonietta in 1992, with Simon Rattle conducting. The piece was inspired by JMW Turner's painting Norham Castle at Sunrise, an early modern "abstract" painting  Benjamin has said, "A solid object can be formed as a clearly defined punctuated musical phrase". A short, brisk opening dissipates into extended silence.A second movement full of incident - something's stirring! This unfolds into a final movement where long, continuous harmonies interweave.

This concert at the Britten Studio mirrored the concert Benjamin conducted at the Maltings, both ending with Pierre-Laurent Aimard, whose Ravel Piano Concerto in G major in the earlier concert was the impassioned highlight of an oddly lacklustre evening, which began with a soggy Wagner Siegfried Idyll and included Benjamin's very early A Mind in Winter with Claire Booth as soloist. The Mahler Chamber Orchestra are very good indeed, so it was a relief to hear them back on form the next night with François-Xavier Roth. Read my review of that concert HERE. Tom Coult's Beautiful caged thing sounded like early Benjamin, too, but then he's young and a Benjamin pupil.  But it's good that new work by young artists gets heard at Aldeburgh. That was Britten's objective. Saed Haddad's In Contradiction for two cellos and ensemble was more engaging, contrasting ideas and blocks of sound in a tight, energetic structure. Haddad was a Benjamin pupil more than ten years ago, and has found his own, distinctive voice. If Aimard's Ravel was good, his Ligeti Piano Concerto was even better. He traversed its lively, zany high spirits with joyous delight. Aimard has performed most of the key modern works for piano, and knew most of the composers personally, including Ligeti. We are very lucky indeed to have him at Aldeburgh.