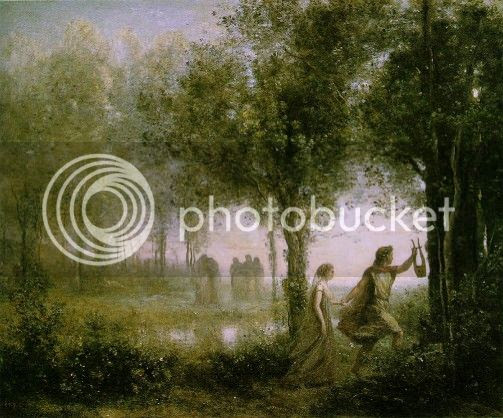 Harrison's Birtwistle's The Corridor and The Cure at the Britten Studio at Snape, Aldeburgh, also coming to the Linbury Studio Theatre in London in July. Six years separate the operas, but in many ways they are two interlocking parts, typical of Birtwistle's fascination with puzzles.  Both pieces  employ the same combination of players - two voices, violin, viola, violoncello, clarinet, flute and harp. Both are inspired by Greek archetypes, and deal with cosmic issues of life, death and creative regeneration. Together, they could inspire a much deeper exploration of the inventive maze that is the source oif Birtwistle's imagination. In theory, anyway.

This new production of The Corridor dispensed with the dancers who shadowed the singers in Peter Gill's production in 2009.  Because the piece was new then the dancing confused and distracted though it was valid in principle, dance being very much part of meaning. This time, it was much easier to focus on the sheer beauty of Birtwistlle's writing, and of David Harsent's poetry, bot lucidly evoking the stylized elegance of Greek theatre.  This time Mark Padmore  and Elizabeth Atherton (Orpheus and Eurydice) emerged from an abyss behind the musicians of the London Sinfonietta, moving slowly along a slope. Orpheus is trying to  lead Eurydice out of the Underworld. Orpheus passes effortlessly through. Eurydice hesitates and is lost. The action, such as it is, operates within a compressed moment  in which Eurydice relives her wedding day and her death.

The music unfolds in a progression of frames, suggesting parallel concepts of time. Orpheus's music moves forwards. Eurydice's lingers, savouring what remains of memory, but her long lines draw her back, like ropes or sinister tentacles.  Further games with time: Eurydice can foresee the future, including  Orpheus's death, when he's torn apart by Meniads, but she herself can go no further. He stands in the light, in greenery (symbolizing fertility). The harpist plays behind him: for the harp signifies Orpheus's lute.  He's a musician, and his art is creative life. With a last heartfelt cry, Padmore sings "Eurydice", or rather speaks the name with minimal ornamentation, emphasizing his desolation.

The Corridor runs roughly 45 minutes, as does The Cure, separated by an interval of around half an hour. Chamber opera predicates on concision, ideal for the Greek antecedents of these micro operas, so the long interval was ominous, but that's not in itself a problem as audiences, especially at Aldeburgh, are laid back and receptive. Medea (Atherton) stands in  a green circle which might suggest her isolation as well as her occult powers., with a volcano behind her, and moons above. Visually this is stunning.  Lots of bright jewel colours and activity to watch, frequent transformations wrought be lighting.  Comic book cuteness, which is not irrelevant when we remember the harsh primary colours and deliberate stereotypes of Birtwistle's Punch and Judy or Down by the Greenwood Side.  But, just as dancing obscured the first The Corridor , the visual high jinks in this The Cure overwhelm the music. It's almost certain to appeal to those who don't actually like Birtwistle's music. They'll have plenty to enjoy without actually having to listen..

Unfortunately, the big story about this production will have been missed by those who went out for a drink in the interval.  Not everyone does, and nor should they have too, since space is at a premium in places like The Britten Studio and the Linbury Theatre. I was told that apparently the production team had threatened not to continue the performance unless people got out.  Unfortunately, many people believed this and left reluctantly.  So much pressure was put on the audience that by the end, only ten or so people held out, calling the bluff, some in corners or standing against the wall.  Audiences at Aldeburgh are generally music people rather than opera people so maybe they accept what opera people would see through.  But they're also so "British", too polite to complain even when they're upset. There's no way to quantify what they really feel.

The reasons given were a combination of supposedly artistic values. "It's Royal Opera House Policy", I was told. No it is not. Even when there's a double bill of different operas at the Linbury, no one is forced to leave  Because Aldeburgh is primarily a house for chamber opera, there have been numerous double bills there, without any problem. Remember Benjamin's Into the Little Hill, paired with Luciano Berio's Recital 1, where stage preparations were integrated into the performance, or the Oliver Knussen Sendak double bill,, Where the Wild Things Ate and Higgelty Piggelty Pop, both with much more complicated staging. Or even the first The Corridor, paired with Birtwistle's Semper Dowland, semper dolens. at the Britten Studio. In any case, The Corridor and The Cure are so similar that they'd work even better with only a short pause.

The idea that audiences shouldn't observe stagework is also specious. All theatre is illusion. No one's fooled. People can decide for themselves. Some are even interested in stagecraft.  Indeed, since stagecraft is an art form in itself, the better audiences understand how it works, the better. What would Benjamin Britten have thought, with his committment to practical opera  making?

The Aldeburgh Festival is dearly loved and supported because it has an ethos of treating audiences well. The staff often go the extra mile to be nice. Audience members are potential friends - and Friends - so it makes no sense to treat  people harmlessly sitting in a hall with resentment.  Artistic judgements are all very well, but the Aldeburgh Festival has a duty of care towards its audiences. Thus, I believe that they'll stand up for that and not be pushed into wrong positions.
at June 15, 2015