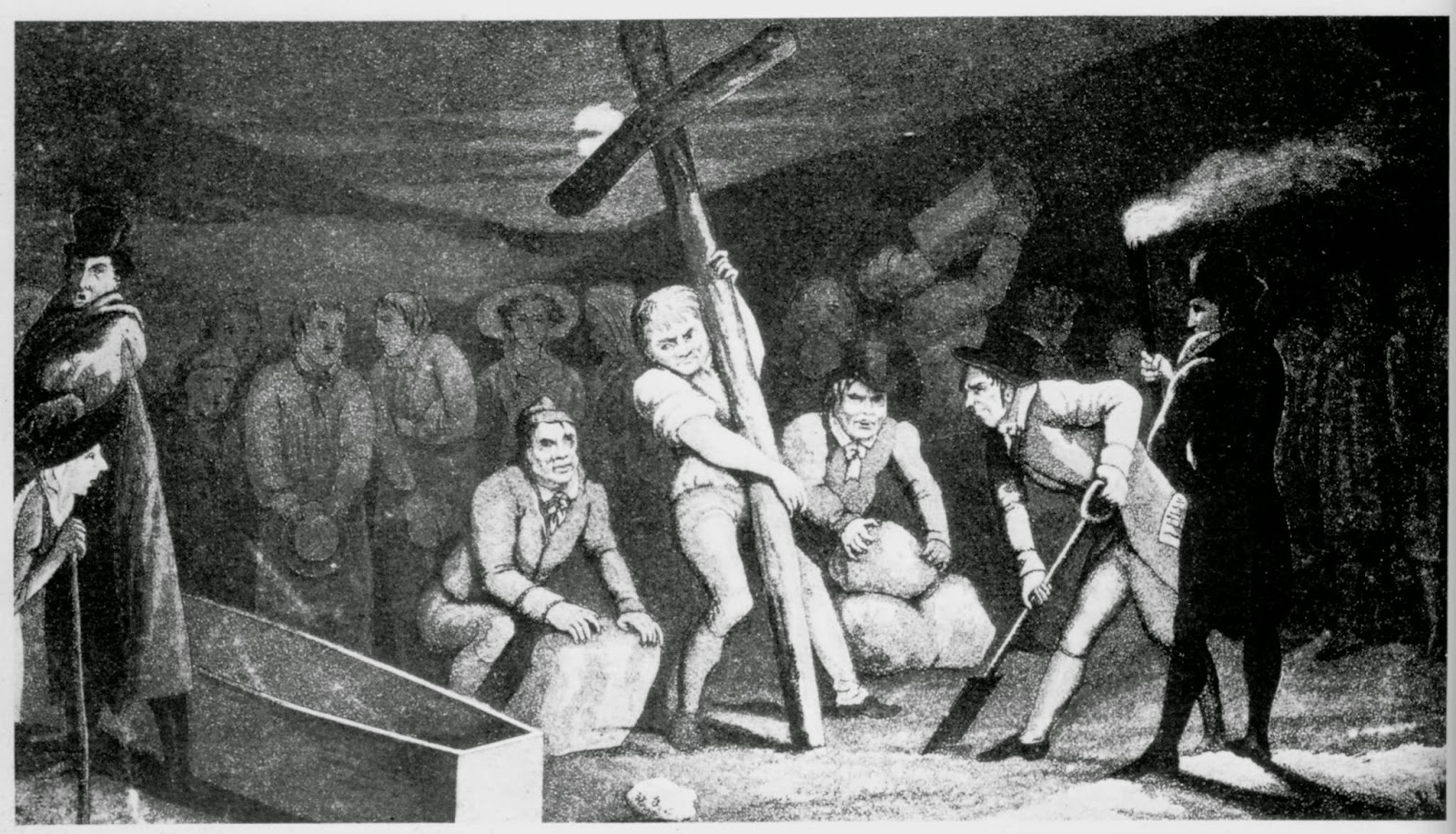 (In dying light, the moon rises over deathly-silent groves, ghostly night-spirit's wails float through the air.  Dense mists mourn, stars pale in sorrow like lamps descending into a tomb. Ghosts, silent, hollow and gaunt. watch the deathly march of mourners behind the coffin draped in mourning crepe for the night burial) Schubert's setting is slow and deliberate, imitating the slow tread of the pall bearers, Yet every now and then, the vocal lines leaps upward, like a scream.

Unsteadily walking on crutches an old man follows the cortege. In the silence, he hears the word "Father" come from his dead son's mouth. "Son" ! he thinks in his heart. Twice, the line Eiskalt, eiskalt liegt er hier im Tuche (Ice cold, ice cold, he lies here in his shroud) reminding us that the son is dead. The father reminisces about his son's youthful promise. Mutig sprang er im Gewühle der Menschen,Wie ein jugendlich Reh. The song grabbed life with the energy of a roebuck, as proud as a stallion.  Sparkling figures in the piano part suggest the joy this herrlichen Jungen gets from being alive. Yet something's not quite right .Klagen ertränkt' er im Goldener Reben, Schmerzen verhüpft' er im wirbelnden Tanz. Schubert decorates the word "Goldener" but why does a lad like that need to drown his sorrows  ?  But now he's Gramentbundner, in Walhallas Ruh!, buried under grass, in Valhalla's Rest. Schubert infuses the word Valhalla so it sparkles., and the word "Ruh! ends in sudden silence.

Wilder, darker chords remind us that the boy, his father and friends will meet no more in life Wiedersehn dort an Edens Tor! (to meet again at the gates of Eden) Nimmer gibt das Grab zurück. What the grave takes it does not give back.

Yet there's more to this song than 19th century death fantasy. Why is the young man being buried at night  ?  and with no mention of Christian rites ? Death's no fun, but why the air of horrified doom  ?  Did the lad kill himself, the ultimate mortal sin  There are hints in the text about chasing girls, and also, possibly something less publicly acceptable. Da wir trunken um einander rollten, Lippen schwiegen, und das Auge sprach (then we drank and rolled about together, lips silent but eyes speaking)  Maybe that's why the father is so shattered. Even if the hint of high jinks is non sexual, the implication is that the son is reproaching his father from beyond the grave. Schubert was only 14 when he wrote this song,.  It's 1811, his opus 7. Thousands of teenagers before and since have rebelled, and admonished their parents by doing themselves in. "You'll be sorry when I'm gone". But they don't get a chance to retract. Maybe the teenaged Schubert, who scrapped with his Dad, identified with the boy. Schiller's poem, on the other hand, raises other issues.

I've heard two exceptionally intelligent performances of this long and difficult song. Goerne sang it as part of a programme about father/son conflicts.  Prégardien included it on his disc of Schiller settings. It's part of a series of settings of Goethe, Schiller and other poets, and essential listening.   Both Goerne and Prégardien have done it at the Wigmore Hall.