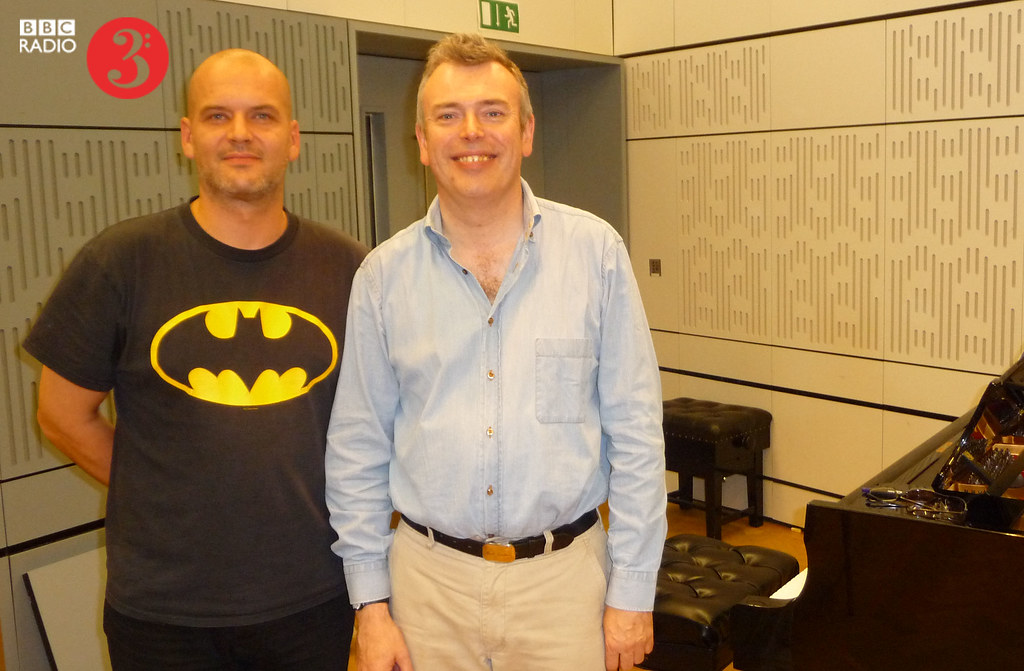 For my review of the Schumann Liederkreis op 39 recital in November 2017 (Justus Zeyen) please read HERE  Florian Boesch and Malcolm Martineau at the Wigmore Hall, a superb culmination to their year's residency at the world's finest Lieder venue.  On the eve of Robert Schumann's 205th birthday, the highlight of this recital was Schumann's Liederkreis op 39, A masterful performance, beautifully paced and nuanced. But Boesch performances are outstanding because he brings exceptional emotional commitment to what he sings.  Lieder is, and always has been, an intellectual art, even though it might be fashionable  in some circles to play down the depth that goes into Lieder, as opposed to fashionable easy listening.  Anyone can enjoy Lieder as song, but a truly good Lieder recital is interactive, challenging the listener and makes him or her think, even, or especially in, familiar repertoire.

As always, with Schumann, the quality of poetry defines the music. The poet in Liederkreis op 39  is Joseph Freiherr von Eichendorff (1788-1857), a key figure in Prussian intellectual circles, an aristocrat but also a practical man of enlightenment who helped create the very high standards that marked Prussian education. Eichendorff was also a devout Catholic. Not for him the irony of Heinrich Heine.  Eichendorff's most famous book, Aus dem Leben eines Taugenichts, is worth reading for it encapsulates the idea that simplicity can be wisdom.  Taugenichts  is a gardener who falls in love with a princess.  But think, what kind of humble gardener travels to Italy in pursuit of his dreams?  The novel unfolds in a series of songs (some set by Hugo Wolf), but the pastoral lightness disguises its depth. If a gardener can win a princess simply by  being a good man, there's hope for all good people.

Schumann's setting of Waldesgespräch is magical. "Es ist schon spät, es ist schon kalt ". We feel just as entranced by the beauty of the maiden in the dark forest as the protagonist who assumes she's a kind of human prey which he can take home and marry: Golaud and Mélisande avant le lettre. Significantly, the piano introduction is brief and direct. We're thinking as the man. Then , softer, rolling figures which might suggest water or tumbling golden tresses. The maiden warns, "Du weiss nicht, wer ich bin". Suddenly the hunter realizes "Du bist die Hexe, Lorelei."   Boesch and Martineau respect the way Schumann marks the difference between male and female, literalness and mystery. Boesch didn't need to mimic a woman's voice but simply softened his timbre: the real horror here is not the Lorelei but what will happen to the man.. Firmly, Boesch sang "Nimmermehr!" and with a haunted tone  "nimmermehr auf diesem Wald", Martineau played the lyrical,postlude so beautifully that we, too are drawn into the nightmare. He played that last, sudden, decisive chord so that it fell with the chill of death.

Zweilicht is even more pointed. Languid, flowing lines suggest the beauty of twilight  and the promise of slumber. But beware! The night is deceptive, revealing secret dangers.  Hunters are roaming the forests, their Waldhorns "hin und weider wandern". Boesch 's voice descended into whisper. The final line is spoken, without ornamentation. "Hüte dich" said Boesch, Martineau adding a single note  as exclamation point. "Blieb wach und munter" is followed by three firm, unequivocal chords. The message is clear. This poem is a good example of the Romantiker fascination with what we'd now call the subconscious: anything but "romantic" in the small "r" sense of the word.

Thus we are prepared for the miniature psychodrama that is Im Walde. The pianom part is ecstatic, describing a wedding procession in the mountains, escorted by men on horses, blowing trumpets.
Birds are singing. "Da war ein lustiges Jagen" ("what a merry hunt")  sang Boesch,, observing the jaunty musical line, yet managing to impart the brutal implications of what's really going on,. Before the poet has time to think, night falls, hiding everything from sight.  "Und mich's schauert's im Herzengrunde". Eichendorff gives no specific reason for this intense sense of foreboding. Shouldn't weddings be happy?  The quietness with which Boesch delivered the phrase was chilling. Does the alpha male violence of the hunt hint at horrors too frightening to articulate?

Perhaps Boesch and Martineau might have chosen Hugo Wolf's settings of Eichendorff with which to begin this Wigmore Hall recital, but they did a selection of eight songs from Wolf's  Italian Songbook., a good idea because this created greater contrast. The Italienisches Liederbuch is not a narrative cycle. It doesn't "tell a story".  Each song is a vignette which stands on its own. Some years ago, Boesch sang the collection with Miah Persson.  This time the songs served as an introduction to Brahms Vier ernste Lieder, a truly integrated cycle, Brahm'ss final meditation on the meaning of life. It was written in the wake of the death of Clara Schumann, Brahms must have been remembering the feelings he had for her,and for Robert Schumann, so many years before. This is one of the most powerful and moving pieces in the entire Lieder repertoire. Boesch sang it with exactly the dignified, clear-sighted affirmation it needs, sincere and direct. Brahms was looking at death without maudlin sentimentality.  This was one of the most interesting interpretations I've heard, and I've heard many.  This performance was so good that I can't do it justice here in a  review that must centre on Schumann,  It's worth a much more detailed analysis, but I think Boesch and Martineau will be doing it again in the near future.

The photo above belongs to the BBC and is used here under the terms of Fair Use. It's a wonderful choice because it illustrates the lucid, down-to-earth nature of Boesch and Martineau's artistic personalities.  That's why they are such great musicians!
at June 09, 2015