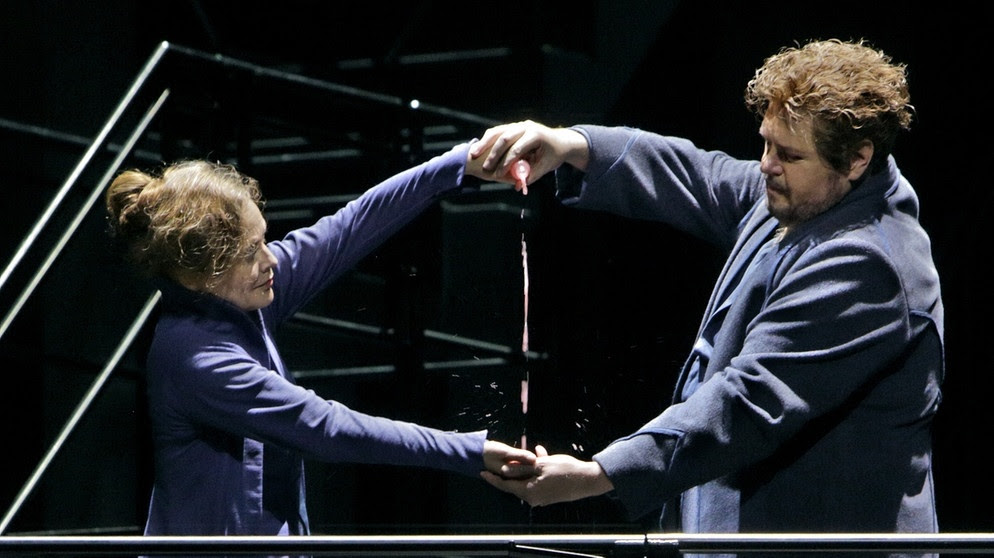 PLEASE SEE MY FULL REVIEW HERE    The 2015 Bayreuth Festival began today with Wagner  Tristan und Isolde. A devastatingly brilliantt orchestral performance  with Christian Thielemann at the helm, a term I use deliberately because it really felt as though the music was centre stage, expressed by a conductor who really understands what Wagner is about, his darkness and his light.  I think that, on some level, a good Wagner conductor needs dark corners in his soul to really interpret Wagner with depth. That's what made Furtwängler great. Cuddly and cute doesn't necessarily make for good art.  If Thielemann's politics aren't acceptable, it's also not acceptable to destroy a person because you don't like what he thinks. Losing Berlin has probably taught him not to use his position wrongly. Thieilemann seemed to be pouring his heart into this performance. The turmoil in the Third Act, the poisonous seduction in the Shepherd's flute, the anguish that wells up, as if the ocean  was echoing Tristan's deathwish, all slightly demonic, but well within the nature of the opera. Truly cosmic. The extremes of love and death aren't "romantic in the Hollywood sense, however much some audiences might prefer, but part of the fervour of the Romantiker movement.


The livestream is over, but HERE IS A LISTENING LINK on repeat broadcasst

Stephen Gould sang a good Tristan. The edge to his voice added greatly to the characterization of the role. Tristan is a hero to everyone, but not to himself.  The potion raises his hopes. Perhaps he won't die alone, after all. But even in love, he's haunted. I was transfixed by his long, last monologue.. Evelyn Herlitzius was a good Isolde . The forcefulness in her voice brought out Isolde's strength and fearlessness. . For all her healing powers, Isolde cannot save him, but must transcend life itself. Iain Paterson sang a nice rounded Kurnewal, straight guy to tormented Tristan. Georg Zeppenfield, another Bayreuth regular, sang King Marke. I only heard the audio, so can't comment on the staging. But Thielemann's conducting was so stunningly vivid.that it didn't matter a bit. Bayreuth has really struck gold.

Listen to an interview with Thielemann here.
at July 25, 2015