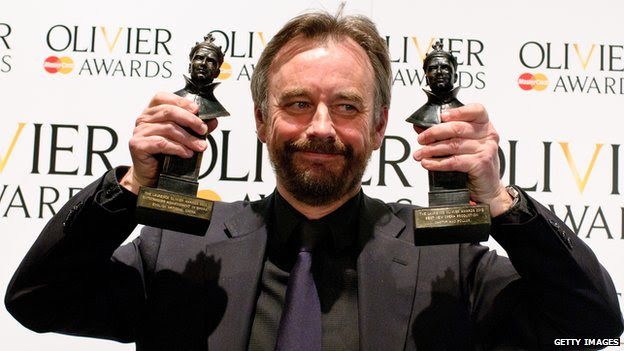 More scalps for the mob? Once, opera was about art.  Now it seems that art is dictated by those who want to enforce their own fundamentalist agendas, not all of which are necessarily artistic. So John Berry has left the ENO after eight years in which the company has had many great successes, for example, Mastersingers,  Benvenuto Cellini,  Peter Grimes and much else. The ENO wins awards for artistic excellence but does that matter?  We hear over and over about Arts Council England singling out the ENO for savage cuts and placing the house under "special measures" but precious little in terms of actual facts and figures.We also hear the same old story about the departure of Martyn Rose and Henriette Gõtz, who wasn't in the job long enough to make an impact.  That's because, instead of well-informed investigation, we're blessed with cut-and-paste journalism.

It's a sad day for art.  I've no idea who will replace John Berry but I hope it will be someone with artistic vision who can defend the ENO and preserve its status. Please read my other articles on the place of the ENO in British cultural life.

Save the ENO : British culture and phoney class war

Opera houses and houses for opera

and perhaps most pointed of all
Wagner's prescient Warning : Mastersingers of Nuremberg, ENO vindicated
at July 10, 2015