Prom 13 Shotgun marriage? No, Holst the Planets in context

Good old Holst The Planets with Boulez and Luca Francesconi? Superficially, this might seem a shotgun marriage. But Susanna Mälkki  brought out the connections, which run far deeper than the populist media might expect.  It's easy to forget how innovative the piece is, and how edgy it must have seemed at first. Holst knew Schoenberg's Five Orchestral Pieces, which Sir Henry Wood premiered at the 1912 Proms. Echoes of Debussy La Mer surface, significantly, in "Neptune". The Planets was considered "difficult" when new, because it is difficult, but the idea that new music should be rejected on kneejerk principle is relatively recent.

Mälkki drew from the BBC SO a performance that sounded audaciously fresh and vibrant. Holst  urged Sir Adrian Boult to make "Mars, the Bringer of War"  sound "more unpleasant and more terrifying".  Mälkki led the attack with spirit, the percussion rattling nervously,as if impatient to break out in a fight, as Holst intended.  Hearing the serene "Venus" with this Mars ringing in the memory was unsettling, but purposefully so, Peace can't be taken for granted. "Mercury, the Winged Messenger" shook things up. The first section rushed capriciously,  but the repetitions in the middle suggest turbulence, rushing winds that propel the music forward. The playful "star music" was wittily defined, setting the tone for "Jupiter" with its suggestions of a portly planet trying to dance. Well-defined rhythms, swaying from side to side, accentuated with bells and low brass. The theme would appear in Hubert Parry's Jerusalem, (1916) , the words "green and pleasant land" later taking on connotations which neither Parry nor Holst might have expected.

Saturn began with well-paced steadiness : the ticking of a clock, the tolling of bells, or the footsteps of someone old and bent.  Mälkki could show how Saturn relates to Venus, the serenity of youth enriched with depth. As the ostinato grew louder, the strings and brasses soared with confidence. This "Uranus" sparkled with manic energy, though the fanfares and powerful climax suggested that magic can be dangerous.  And thus Neptune was liberating, its strange chromatics like a whole new musical language. Holst called this "Neptune the Mystic", signifying the planet's arcane meaning in astrology, while Debussy in La Mer referred to Neptune, the god of the sea. The Elysian Singers  sang wonderfully abstract harmonies,  Oddly enough the cries of the child in the audience added to the surreal effect.  To borrow a phrase, this was like "music from another planet".

Mälkki used to conduct the elite Ensemble Intercontemporain, which Boulez founded. She's one of the most important new music specialists around, and, having worked closely with the composer himself, is an extremely authoritative interpreter. No need for snide remarks about her gender: Mälkki is good because she is good. This performance of the orchestrated Notations I-IV and VII   captured the spirit of free-wheeling inventiveness that transforemd Boulez's original hailku for piano into a lively romp for large orchestra. Deftly conducted. 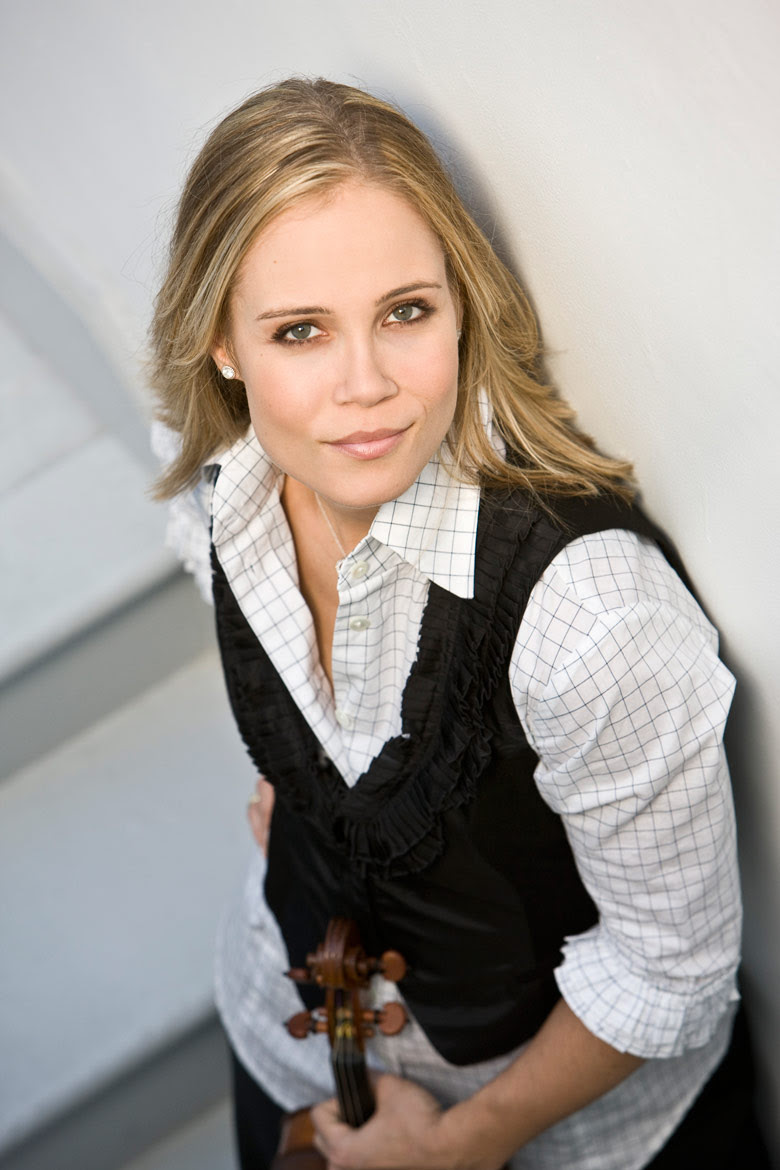 Boulez's Notations I-IV and VII   are now so familiar  that there was much anticipation for the UK premiere of Luca Francesconi's Duende (the dark notes) commissioned for Leila Josefowicz. It received its premiere at the beginning of 2014, and was planned for last year's Proms, but Josefowicz had her third child.  Francesconi  (b 1956) is a well established and respected composer, best known for his chamber music, which Mälkki and Irvine Arditti, among others, have championed for a long time. Read HERE about Mälkki's views on Francesconi's Quartett, which was unfairly trashed by the London media who seem to pride themselves on being obtuse, since facetiousness is better clickbait than comprehension.  Read my review HERE.  For a good analysis of Duende, read HERE about the Turin performance (in Italian).

Duende does benefit from careful listening. It's almost zen-like in its quiet contemplation. The rustlings with which it starts develop into a  palette of sounds which move elusively, ever changing and morphing into new directions. Josefowicz's brilliance lies in her ability to blend extreme virtuosity with intelligent refinement and emotional depth. As the piece progressed, longer chords stretch, creating magical ellipses, undercut by subtle angular bowing. Midway, tempi increased.. I thought of Xenakis's Pithoprakta, written the year Francesconi was born, though the textures in Duende are much more transparent. This gives way to a darkly mysterious section, written with utmost restraint, where the lines of the violin are surrounded by long chords in the orchestra. It's as if the "waves" in the music were being pulled by mysterious tides. The last six minutes give Josefowicz a great range to explore, over a foundation of two-note repetitions in the orchestrra. Magical -  like aural starlight. Not all so far from the world of The Planets after all.
at July 28, 2015