Ingo Metzmacher conducts Luigi Nono's Prometeo: Tragedia dell'ascolto (1984)  live from the Philharmonie Paris, available for a while on France Musique HERE.  Absolutely worth listening, and repeat listening, because this perfomance beats the 2007 recording (Peter Hirsch) which everyone has. Altogether more intense, more electrifying.  Ensemble Recherche is the main orchestra (of 11 separate ensembles, some large, some small) here with Metzmacher (as with Hirsch), but this time they sound even better. Perhaps it's Metzmacher, perhaps it's greater experience gained with time, and very probably  the wonderful acoustic of the new Philharmonie, which allows a unique integration of all the different sounds and levels in the piece. 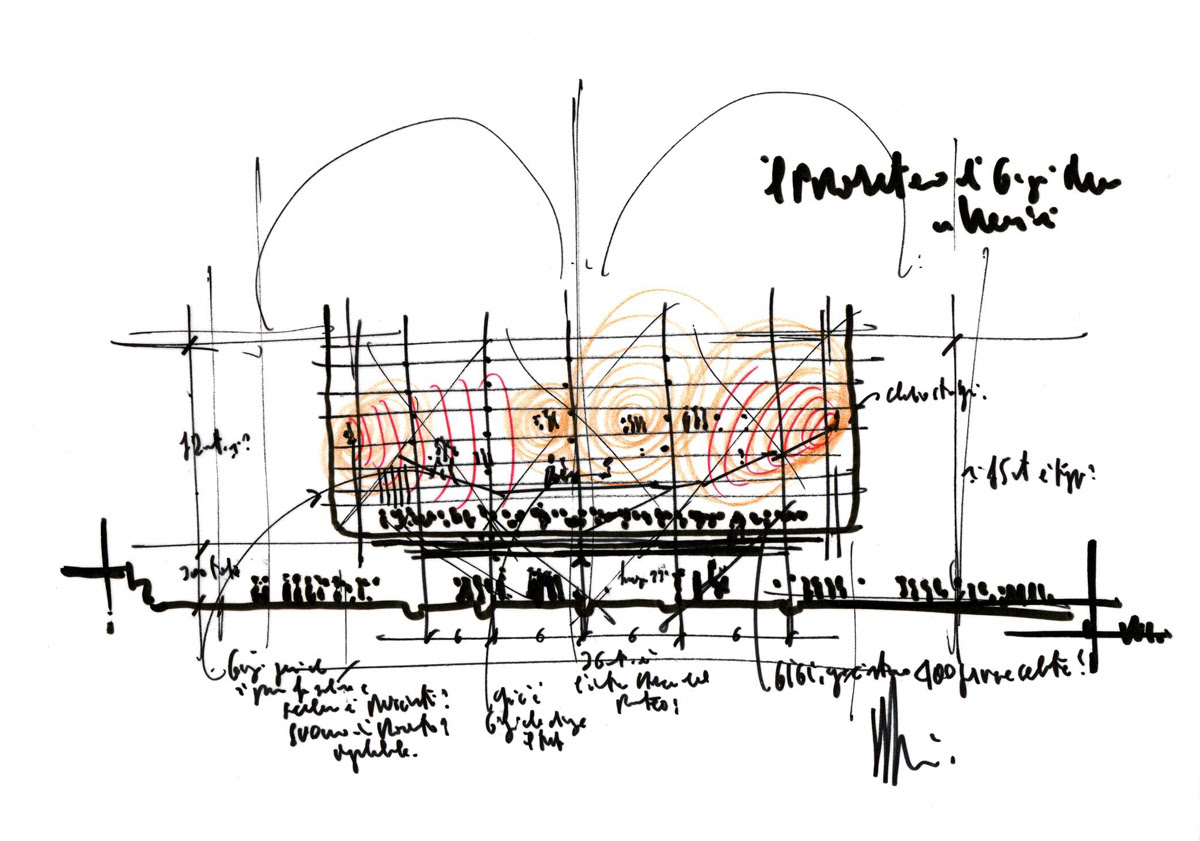 Nono conceived Prometeo for performance at the Chiesa di San Lorenzo, Venice, pictured above, which has now been in disrepair for many years. At the first performance, the orchestras sat on specially built structures, designed by Rienzo Piano, (pic at right) which hovered in space. One of the musicians who played in that first performance said the structure added to the sense of danger and impermanence so integral to the piece.  I've heard Prometeo live only once, at the Royal Festival Hall, London,  in 2008, conducted by Diego Masson with the London Sinfonietta. A great experience, but acoustically dead at the RFH.  Here is what I wrote then.

This Paris Prometeo really is something else!  Metzmacher, who was the second conductor when it was performed in 1988 in Nono's presence,  says "Prometeo is not a normal piece....it's a kind of voyage, maybe on water, there are no landmarks. Nono said, "to wake up the ear is to wake up the human being'"  Listen to Metzmacher below: