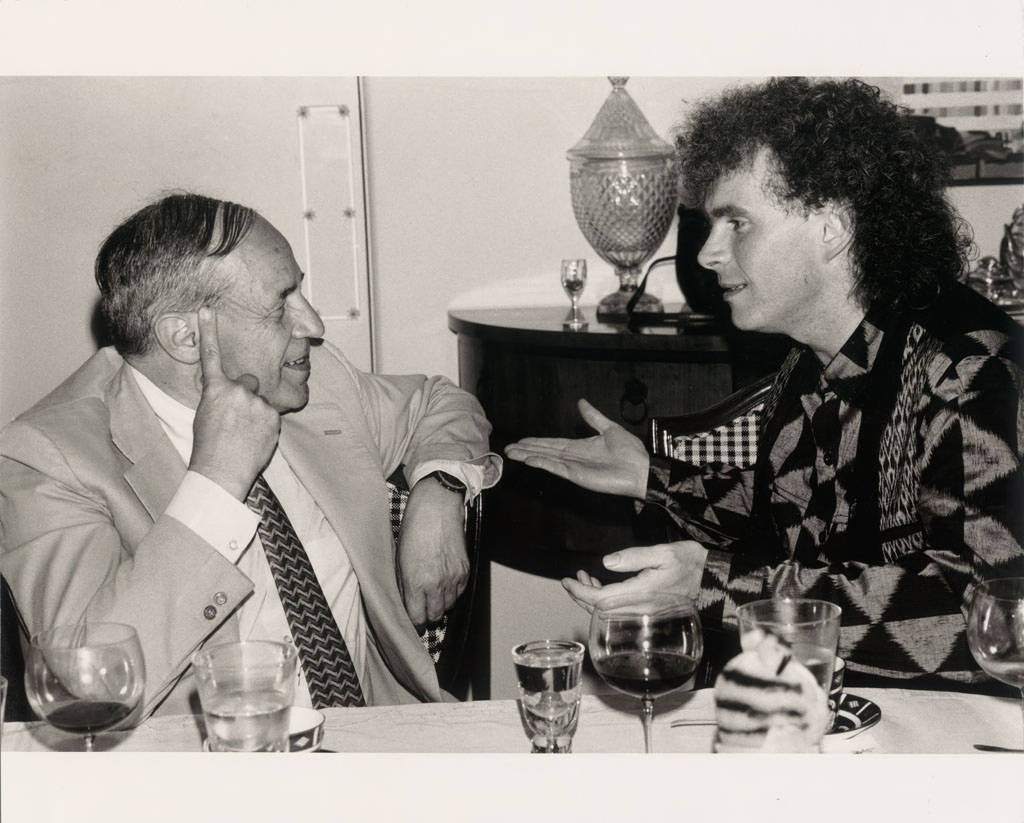 My companion attended some of Boulez's first Proms in 1965 and 1966 (including the UK premiere of Éclat on 2 September 1966), and still keeps the original programme booklets.  So Prom 65: Bartók, Carter and Boulez with Baldur Brönnimann, Ensemble Intercontemporain and the BBC Singers was a special occasion.  An atmospheric Prom, the lights in the Royal Albert Hall dimmed in darkness, spotlighting the music, and the musicians. As things should be! For music is what some of us care about above all else, however media opinion might differ.  Late night Proms have a unique atmosphere, drawing out audiences who care enough about what they listen to that they'd gladly stick around til after midnight and miss the last bus or train home to be there.  Besides, smaller-scale music like this needs to be heard in surroundings more conducive to thoughtful listening than in mass-rally conditions. 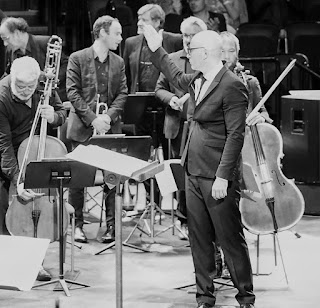 Baldur Brönnimann and Ensemble Intercontemporain are, fortunately, regular enough visitors to London that they feel like family.  They all knew Boulez, personally, too, a factor which added extra poignancy, but the high standards of these performances proved that his legacy lives on.

Bartók's Three Village Scenes (1926) at the beginning, for good reason. Modern music isn't an aberration that began with Boulez, as some think these days, evidently unaware of Schoenberg, Debussy, Stravinsky, Ravel and many others.  What all these "modernists" have in common is an affinity for approaches other than that of the late 19th century Austro-German tradition.  Bartók's immersion in Hungarian folk idiom  helped him find his unique voice.  His avant garde expressiveness stemmed from far deeper roots.  In Three Village Scenes, the BBC Singers sang with crisp articulation. I have no idea whether their diction was properly Hungarian or not, and don't care. What mattered was the sharpness of intonation, a  group of individual voices operating as a tight unit.  The orchestra came into focus in the second movement, Ukoliebavka, where a single voice intones a plaintive lullaby.  Here, Bartók's individuality - and modernity - palpably present in the shifting, tonally ambiguous forces swirling round her voice.  In Tanec mladencov, the sound of ancient instruments was invoked in new form.  Vigorous rhythms, jerky angular lines, vibrant energy.

And so to Boulez Anthèmes 2 with Jeanne-Marie Conquer, the soloist par excellence in this piece which she has made her own, having performed it so many times, conducted by Boulez himself..   Although Boulez founded IRCAM  enabling whole new generations of composers to explore the possibilities of microtonality and more, Anthèmes 2 is one of the relatively few pieces he wrote that incorporates electronic sound.  I heard Boulez and Conquer do this piece live at Aldeburgh in 2010 at The Maltings, Snape, so was particularly keen to hear how the dynamic changed. Unsurprisngly it worked better, since the electronics bounced over the cavernous acoustic of the Royal Albert Hall, the  sound stretching for much greater distances than they ever could in the small, boxlike Maltings. Although the electronic effects are created by technology, the sound is "played" by human beings. The sound desk people are musicians responding to the violin, adapting and adjusting. 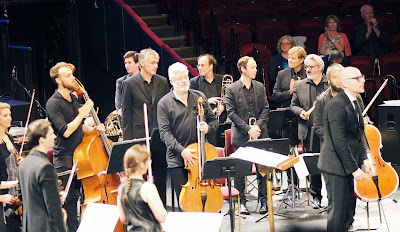 Anthèmes 2 is a dialogue on many different levels.  Boulez said that, as a child, he was fascinated by the call and response of the Catholic Mass, by the use of archaic language and by the sense of ancient times co-existing with the present.  As Conquer played, the sound of her violin projected into the vast expanse of the RAH, enhanced so that it seemed to reach out to the upper galleries, and into the dome, deflecting back to the platform, the sound then taken up and transformed by the electronics. Since each of the six sections are so varied, getting this dynamic flow was quite some achievement. Magical, a haunting experience with profound emotional impact.

More "dialogue", with Elliott Carter's Penthode (1984-5) since Boulez and Carter were extremely close friends, bouncing symbiotically off one another.  Carter constructed Penthode like a mathematical theorem, employing five groups of four instruments, in unusual combinations, like  bassoon, piano, percussion and viola. The cells thus interact with each other to form the "orchestra".  The piece is thus both a deconstruction of the idea of an orchestra yet also a reworking of the fundamental idea of playing in harmony, without the actual  use of harmony.  Brönnimann and Ensemble Intercontemporain make Penthode sound easy, though it's not. Players have to listen acutely to one another, each a soloist in his and her own right. No going with the flow and hiding behind a large group, as can happen in lesser ensembles.

In his poetry, E E Cummings defied conventional concepts of language: words deconstruct into fragments, and meaning comes from the visual impression of text across the page. Blank areas "speak", an idea that translates well into music.  Thus the very configuration of the forces Boulez employs in Cummings ist der Dichter : a small chorus, but one divided into 16 parts, the BBC Singers making the music flow across the line in the way that Cummings uses single characters of the alphabet sliding over the page.  Lines elide, the orchestral lines stretching in arching swathes  and oscillating flurries.  "Birds here, inventing air", Cummings writes in his bizarre,  inventive way, making you pay attention and observe.  "Pay attention and observe", a mantra which could also apply to Boulez.   Do we hear in this music the movement of birds, as we might in Messiaen ? I don't know, or care, because the experience of being alert and acutely sensitive to nuance is even more fundamental.

Listen to the re-broadcast here. The commentary is vacuous cliché, but the interviews, with members of the ensemble and singers, are enlightening.