Juan Diego Florez saves the Last Night of the Proms 2016 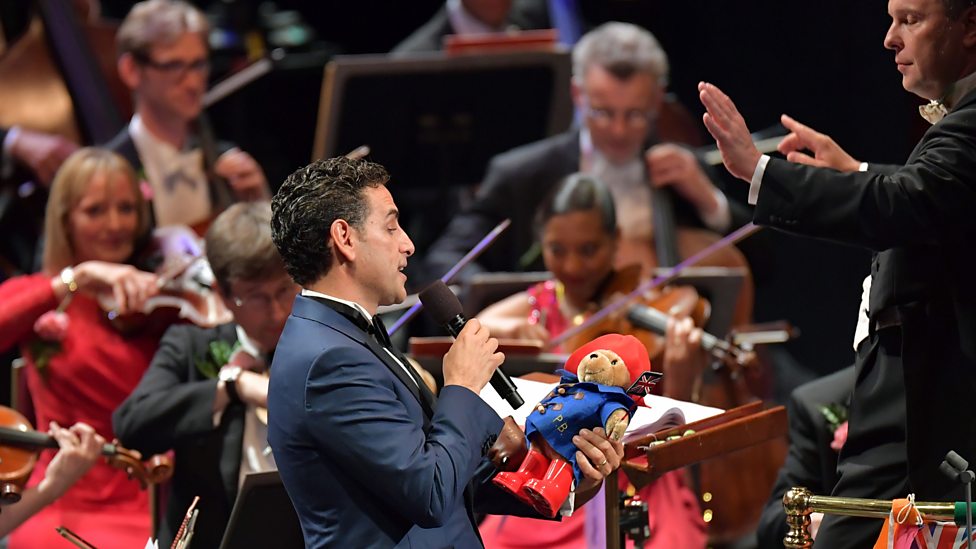 Juan Diego Florez saved the Last Night of the BBC Proms 2016.   First, he reminded us that Paddington Bear was an immigrant, from darkest Peru, who arrived, alone and nameless in Paddington Station.  JDF sang star turns, diplomatically avoiding Don Alvaro from La forza del destino. That opera might unsettle some who side instinctively with the Marquis de Calatrava, who hates foreigners.  Florez sang instead a love song in Spanish, celebrating "dark eyes and cinnamon skin". To Paddington Bear, who certainly has cinnamon skin (or fur). With wry humour, JDF defused what might, potentially have been  a very ugly situation in post-Brexit Britain and the intolerance it represents.  Later, dressed as an Inca King, Florez (a Peruvian) dazzled in shining gold. Again, those who know history know that violence can end even the most spectacular of Empires.  Every LNOP in recent years has featured a comic diva or divo, but Florez made a real statement, in a gentle and subtle way.

Seventy years ago, my mother was at the Last Night of the Proms. It was 1946. She'd arrived, a refugee, a stranger in a new land, having spent the war years in a camp.  For her, the LNOP was an affirmation of the ideals that made Britain great in the first place.  Once, Britain shone like a beacon in the world.  It stood for Hope and Glory, dreams built on progress and expansiveness. 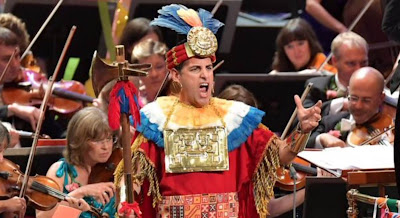 I was dreading this Last Night of the Proms, seeing how those ideals have receded into selfishness and insularity.  Flag waving has been a part of the LNOP for years but more benign than vindictive. We didn't defeat Hitler in order to embrace Goebbels-style mass rallies.  Patriotism and jingoism are not the same thing. Indeed, the flags at LNOP have always included those of other nations. Last year, the tricolor and the Marseillaise in honour of those killed in France. Sixteen years ago, subdued respect for the victims of 9/11.  In any case  the Proms have never been about nationalism.  For Sir Henry Wood and Prince  Albert, a German, before him, the pursuit of knowledge, the arts and sciences  meant human progress. Bildung, to use a foreign term, the cultivation of civilized values.  On Thursday afternoon, I watched members of the Staatskapelle Dresden eating picnics near the Albert Memorial before their Prom. Sir Henry, and Prince Albert, would have beamed.

So no need for waving EU flags at the LNOP. Music is international, a river fed by many different streams.  Cultural insularity is a dead end. Without Bach, Mozart, Beethoven, Wagner and much else we'd be impoverished. In any case, the arts industry in Britain is part of a global economy.  Infinitely more worrying, however, was news that Arron Banks was planning to flood the Royal Albert Hall with Union Flags to counteract the waving of the "illegitimate" EU flag.  Banks bankrolled UKIP and Brexit and is apparently planning a new lobby movement outside of the Parliamentary system.    Nothing new in that: rich people have always used wealth to serve their interests.  But the Union Flag means "union", the idea that England, Scotland, Wales and Northern Ireland are better off muddling together than squabbling.  Without London, the whole country would collapse. The Union Flag is a symbol of co-operation, not coerciveness, not intimidation, not bullying.

So three cheers and hurrahs for the audience at tonight's Last Night of the Proms 2016, who didn't fall for the bait. Fewer flags this year than for ages, few aggressive big flags and blasts of vuvuzelas.  Instead, people paying attention to the music and not trying to grab attention for themselves.  Phew, what a change !  A pity that, despite some good performances (Duncan Rock singing something unworthy)  the music was diluted by BBC commercialism, but unfortunately that's part of a wider dumbing down.  Sakari Oramo in his quiet good natured way, also helped head off any tension. Who could be mad at a nice guy like that? And so this year, when everyone sang Jerusalem and Land of Hope and Glory,  things didn't seem as bad as they might have been.  That, I thought, was what "Being British" is really all about.