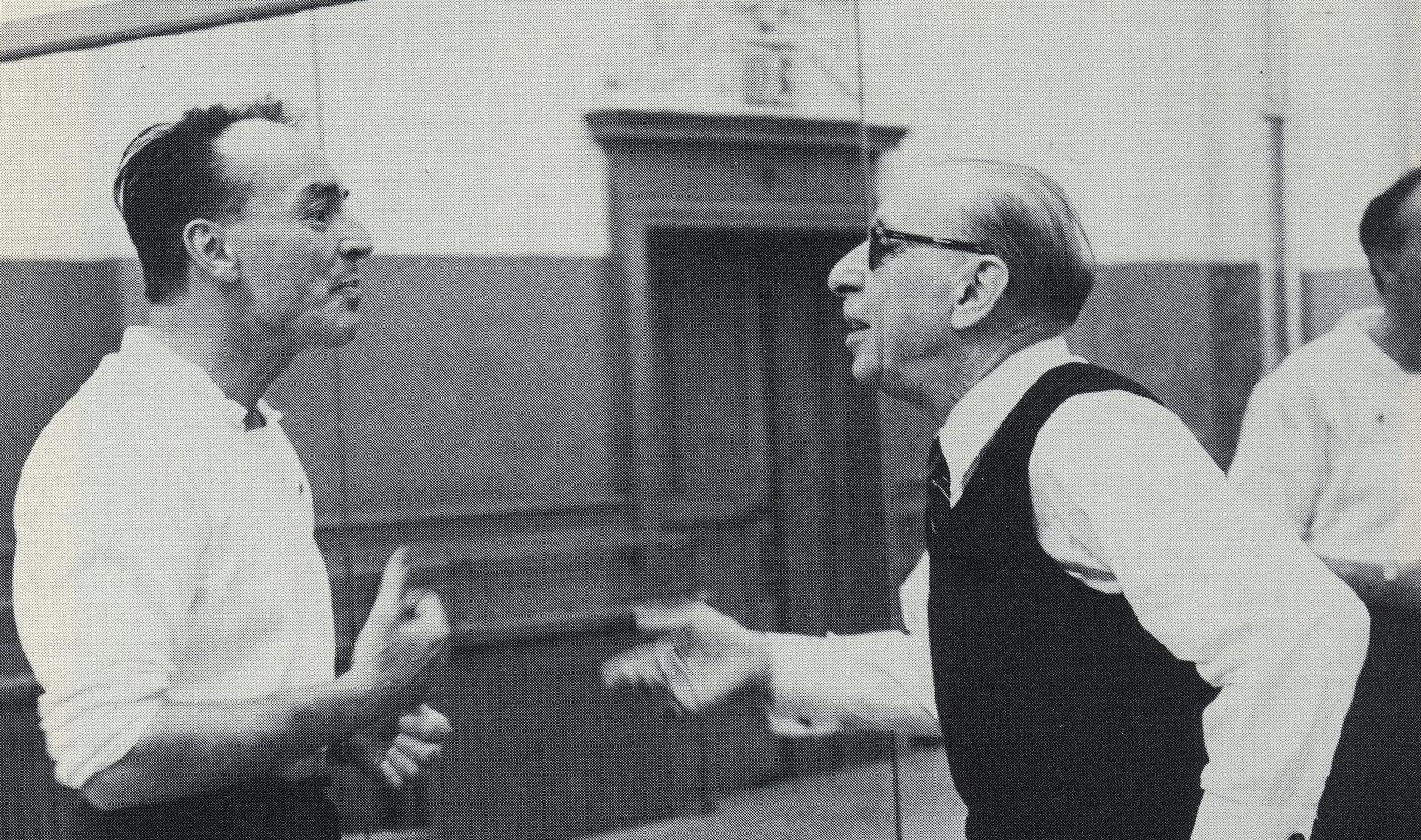 Esa-Pekka Salonen's traverse through Stravinsky with the Philharmonic Orchestra at the Royal Festival Hall is such a remarkable series that it should itself be commemorated, since it's much more than an ordinary series of concerts; it's a deeper analysis of the themes in Stravinsky's work. We've had Rituals, Tales (more here) and Faith (more here), and now, Myths, depicting Stravinsky as a man of the theatre in the widest sense of the word.  Apollon Musagète (1927), Orpheus (1947) and Perséphone (1934), all three examining the role of myth in drama.

The myth of Orpheus is so central to western culture that it has been retold in different forms for millennia. and for good reason : it deals with the inevitability of death, which defeats even love. Orpheus cannot bring Eurydice back, but his life continues, his mission to create music. Death defeated by art: a powerful concept.  Salonen and the Philharmonia began with Orpheus, created for Balanchine in Hollywood, but  Apollon Musagète is by far the more innovative. Greek theatre was austere - no fancy sets, no costumes, nothing to distract from the fundamentals of drama.  Indeed, Stravinsky thought of this as a " ballet blanc" where the dancers would be dressed almost identically in white, reminiscent perhaps of Greek robes.  Concentrated intensity: the focus on abstract expression through music and dance.  Apollon Musagète adapts the pared-down elegance of neo-classicism to the cool, clean lines of 1920's modernism.

Scored for 34 strings only, the palette is limited so the refinement of form is unclouded. This music is so precise that one hardly needs visuals. The first violin enters like a dancer, swooping and sweeping. The line is languid but elegant, defined with delicate decoration. The concept of physical movement is defined in the music itself. Curving movements, swooping and sweeping, diagonals, lines that break off to return again with fuller force. Trios and solos intertwine. The violins here are dancers, violas, celli and double basses their corps de ballet. As the music circulates, it becomes more and more rarified, shimmering with lightness, defying the concept of gravity.  Apollo and his muses elevate into infinity. This is "classical music" in the true sense, its austere grace closer to the spirit of antiquity as well as to the clean lines of 1920's aesthetic.  Strikingly modern yet eternal, at the same time.

Both Apollon and Orpheus were choreographed by Georges Balanchine, so the two pieces form a nice pair, though Apollon shone by far the brighter.  Superbly poised performances, and particularly well delineated long lines lit by sprightly figures. Easy to visualize flying footsteps and the graceful energy of dancers.

Stravinsky's Perséphone is an odd piece, part oratorio, part neo-classical, an odd mix very much a piece of the 1930's, a relatively underappreciated period in music drama.  Andrew Staples and Pauline Cheviller operate like chorèges, narrating and speaking for characters,  supported by orchestra, choruses and dancers.  Thus the idea of duality is embedded into the piece: reflecting shifting balances. Perséphone is the privileged daughter of Demeter, the goddess of fertility, but her promise is cut short because she's abducted into the underworld.  Thus the interplay of darkness and light, graphic writing and stylization, death and life. Salonen's lively touch animates the piece, so the orchestra acts as "chorus"   Listen to the mournful bassoon.  Recently I heard a performance of this work where the conducting  was moribund, so lifeless throughout that it was painful to listen to, which demonstrated the absolute importance of spark in the orchestra. What's the point of a piece about rebirth and renewal if the music remains frozen? Thank goodness for Esa Pekka Salonen, an instinctive Stravinsky conductor who understands the idiom!

In a piece like this, it's not enough to rely on surface appearances.  Instead, we could concentrate on essentials: the music itself.  Thus Perséphone connects to the austere concept of neo classicism as an abstract approach to art, rather than to literal theatre. Thank goodness we were spared cod attempts at comic-book staging.  Perséphone works on its own terms, as music, and needs musically authoritative interpretation.  Staples sang with authority, infusing his words with character, and Cheviller spoke as if every word meant something: enthusiastic and enraptured at times,  wistful and frightened at others. The Tiffin Boys Choir and the Philharmonia Voices were superb, creating the atmsophere and mystery, absolutely essential to meaning.  Salonen and the Philharmonia resurrect Perséphone from the dead. Spring returns!
.
at September 27, 2016