Johan Botha has died, and with him a piece of my heart 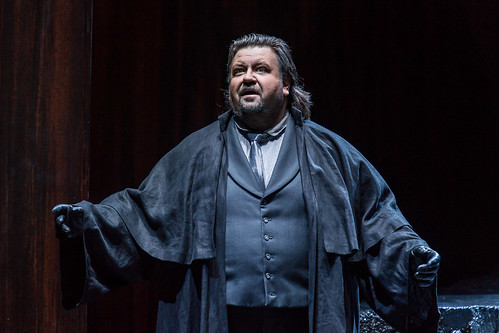 Johan Botha died this morning in Vienna, of cancer, aged only 51. And with him dies a big part oif my heart.  Botha will be irreplacable: an extraordinarily gifted singer whose voice could create roles with depth and emotional accuracy. Among his finest roles was Tannhäuser, were he lifted a dull production at the Royal Opera House up into the stratosphere with the glory of his singing. The photo above comes from that time, copyright Clive Barda 2010.  Botha wasn't in the revival this summer, and maybe now we know why.  Tannhäuser  is an anti-hero, a man who has experienced the wildest excesses, yet cannot settle for conventional propriety. He'd rather go back to Venusberg and its dissipation than play the holy knight game.  When Botha sang the part, he expressed the beauty of Tannhäuser's ravaged soul, showing the true heroism in his character.  That's why Elisabeth chose him over Wolfram.  Despite the transformational wonder of Botha's singing, there were some who sneered, thinking Elisabeth chose the wrong guy because he wasn't pretty. But what is the whole point of Tannhäuser ? Evidently Wagner is completely wasted on those who insist that opera should stick to literal realism.  Botha acted with his voice : a pity some don't get it, that opera is about feelings and ideas, not imitation TV.  Goodbye Johan Botha, an artist who sang the truth.
at September 08, 2016