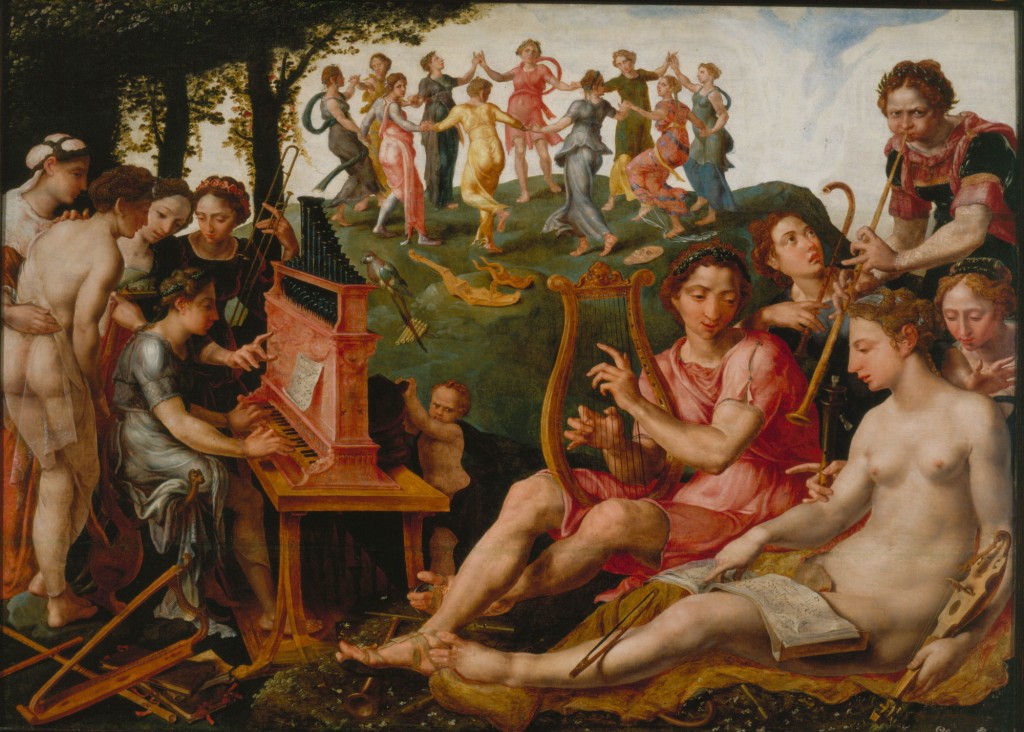 Manic depressive Schubert?  Der Musensohn D764 op 92/1, a case in point.  Listen to the pounding piano, Schubert's own instrument, through which he "spoke" without words.  Note the frantic, driven pace, the repetitive figures, tearing along as if driven by some unnatural, manic force.  Such rhythms occur frequently in Schubert. Babbling brooks, for example,  and merry strophic verses. But as any thoughtful reading of Die schöne Müllerin would suggest, the babbling is anything but cheerful.  Whether that brook is a malevolent force or simply a mirror through which the poet works out his  turbulent  emotions, the brook symbolizes something more complex than bucolic landscape.

"Durch Feld und Wald zu schweifen, Mein Liedchen wegzupfeifen,", "through fields and woods, I canter, piping my little song". Cantering, one foot lifted up, the other on the ground, like a prancing horse. Though the Muses' son doesn't stand still, his movements are controlled and purposeful, like the rhythm of dance. That's why "Und nach dem Takte reget, Und nach dem Maß beweget Sich alles an mir fort."  The idea of dance is, I think, critical, since the Muses were often depicted dancing together. The arts, united in communal expression.  Thus the pace of this song: fast, and sprightly, but not undisciplined or the dance will collapse into chaos. Although the tempo is fast, it evokes a steady pulse, the very pulse of life that reinvigorates Man and revives Nature after a hard winter.

Lovers are lolling under Linden trees (symbols of sleep and enchantment) but when the Muses' son passes by, presumably invisible, "Der stumpfe Bursche bläht sich, Das steife Mädchen dreht sich
Nach meiner Melodie". Note "stumpfe Bursche", a kind of bucolic oaf who acts by instinct.  The Muses' son is driven, his feet have wings. The piano evokes delightful diversions, but always returns to the basic, forceful mission. But is the Muses' son happy? The punchline "Den Liebling weit von Haus". He is the favourite son, but driven far from home.   Goethe knew Greek mythology well enough that the sons of the Muses didn't have happy fates.  It may or may not be relevant that this song was written in December 1822, when Schubert may well have become  aware that his health could not be taken for granted.

"Ihr lieben, holden Musen,Wann ruh ich ihr am Busen Auch endlich wieder aus?"  You dear, sweet Muses, when can I at last find rest in your embrace?  The dilemma of parental love : kids have got to grow up and find their way.  Some performances of Der Musensohn are  so swift that the piano seems in frenzy, driving the singer almost breathless  Manic, perhaps, but better that than anything too stolid, which misses the element of whirlwind dance.  Today a friend sent me an old favourite, where the bright, fleet-footed energy is balanced by Classical elegance. but does not disguise the existential sadness of the Musensohn's predicament.