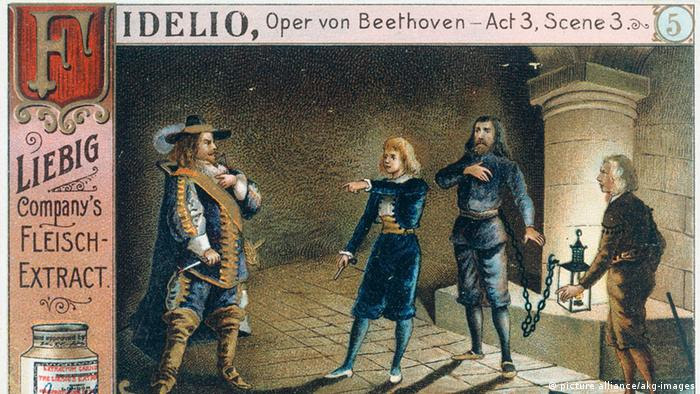 Beethoven Fidelio at the Proms last night - can I be the only one distinctly underwhelmed?  Beethoven in these dark times should be stirring but this Prom,  Juanjo Mena  conducting the BBC Philharmonic Orchestra, seemed a sop to those who'd like Beethoven neutralized, shorn of his dangerous ideas on politics, art and the human condition.  Human rights?  Down with traitors! Beethoven is an  EU infiltrator who must be stopped!  After Igor Levit's Ode to Joy on the First Night (more here) and Daniel Barenboim's speech and two Proms  (more here)  the knives are out.  Though the BBC should, in theory, be politically neutral, in practice, things don't quite work out that way: the promotion of Farage, for example. In any large community, there will always be alternate views.  That's democracy. Florestan is a symbol of freedom. Most Florestans don't have Leonores,  and tyrants aren't overruled by sudden Deus ex machina miracles.  What matters above all, even above the politics, is humanity, fairness and basic human decency.

Or perhaps this Proms Fidelio flopped for other reasons?  Stuart Skelton redeems  anything he sings in, and the cast was good enough, though uneven, some very good, others less so and some a mix. But singers alone cannot sustain an opera if the orchestral performance isn't on message. Like all organizations, orchestras go through phases.  Juanjo Mena is popular in some repertoire and with some audiences, but this Fidelio wasn't Beethoven's Fidelio.  Blaming this pointless playing on politics is kinder than blaming it on the pointlessness in the playing.