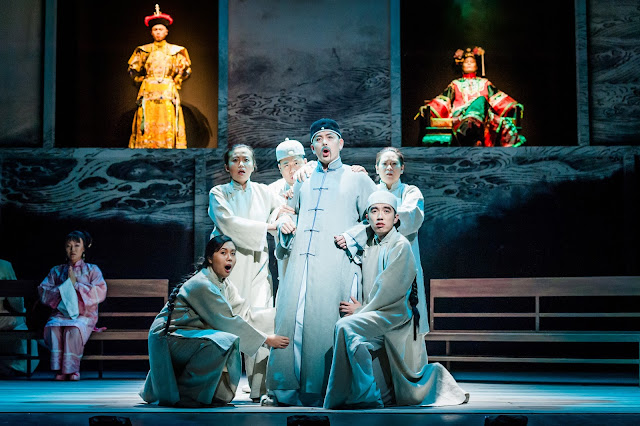 From Bonnie Wong Teo, who enjoyed Datong, the Chinese Utopia, an opera by  Chan Hing-yun and Evans Chan, part of the Hong Kong Music Series Festival in London : 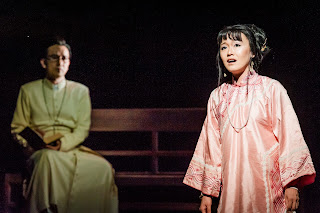 Three mums, of different ages, educated at the same institution in their childhood in Hong Kong, congregated in their West London neighbourhood of Richmond, Surrey, for their very first taste of a Chinese Opera, on the very last day of the Hong Kong Music Series, celebrating Hong Kong’s diverse musical landscape in Central London this summer. They were warmly greeted at the reception from delegates from the Hong Kong Arts Development Council and the Hong Kong Economic Trade office, showered with a lovely assortment of coasters and Frisbees marking the 20th Anniversary of the establishment of the Hong Kong Special Administrative Region – almost like coming home!  (typical Hong Kong hospitality) 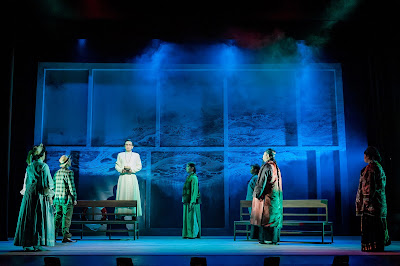 Datong was presented like a western-style opera, sung in Mandarin Chinese, with Traditional Chinese and English Subtitles which made it easy to follow. It’s a thought-provoking production which led them to question their roots in Hong Kong, their great grandmother’s generation which prided on having ‘lotus-like’ (bounded) feet as a status symbol of not having to work, and their unbounded feet now in 2017, free to roam and live their lives with their new generation in the country that once colonised the city they were born, now returned to the Mainland 20 years ago. The audience, were as expected, mainly Chinese, with the rare exception of a few like Martin (an Englishman) who sat next to them, like them, went with little expectation but with some background research, to understand the context of Confucian ideas, Life and Rebellion in the Late Qing Dynasty. 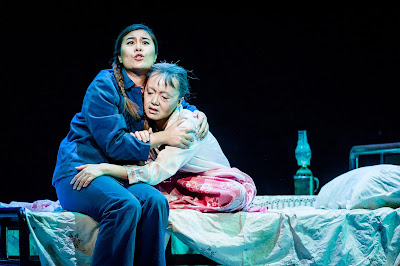 Act One commenced during the turn of the 20th century, with the young daughter of the reformist Kang Youwei, Kang Tongbi, on a boat from Hong Kong to Penang, where her ailing father was staying, Tongbi then travelled to the USA, having witnessed the second class treatment of  fellow Chinese labourers in the Land of the Free under the Chinese Exclusion Act, and then free to roam, equipped herself with knowledge, fought for the rights of women, living a life hoping to reach the state of Utopia of Confucian style as depicted from her father’s controversial book 'Datong shu'. The short Act 3 after the intermission shows Tongbi on her death bed in 1969, 2 decades after the establishment of the Communist rule in China and during the Cultural revolution – her ideals having moved but not revolutionized the Chinese society. 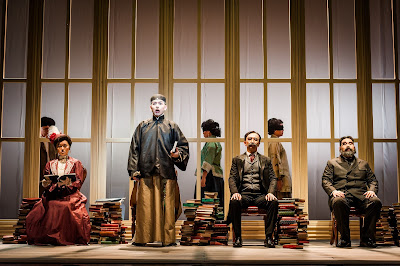 Are these Datong Utopian ideals relevant to the modern world? The small cast presented us with a good selection of the grand Qing dynasty dress, late Qing peasant dress, Confucian Scholar dress and a school girl dancing away with Today’s date at the very end – which ties everything together nicely across the various generations this story passed through. The orchestra – mainly western, with a long erhu solo right before the end of Act 2, and a saxophone solo of ‘Let it Be’ at the beginning of Act 3 – reminds us of the audience, East meets West, taking the best of both worlds.

This Opera asked the question: did China come to this mad crossroads due to Confucianism, or because we chose to not follow his way? Is history repeating or simply continuing its course? And to those of us here, with unbounded feet, living overseas, themselves rebellions to their cause in some form. Only time will prove whether they are Rock or Jade, the story behind Kang Tongbi’s name, a crusader for Women's rights across China.

Datong the Chinese Utopia, premiered at the Hong Kong Arts Festival in 2015 to great acclaim. In London, the cast were  Louise Kwong as Kang Tongbi, Carol Lin as The Empress Dowager and as Tongbi's daughter (an interesting reversal)  and Apollo Wong as Kang Youwei, with David Quah in supporting roles.  The conductor was Lio Kuokman, the director Tang Shu-wing. Photo credits : Yankov Wong)