"Essential" Debussy, a tag with a snag, because the programme wasn't cliché "greatest hits" for those who think instant thrills are all that count, but "essential" in the sense of The Essence of Debussy, a much deeper concept, because it examines what makes Debussy so special. With François-Xavier Roth conducting the London Symphony Orchestra at the Barbican, London, you expect, and get, the wisdom that comes from deeper experience.  This concert was the second of three and a half  examining Debussy in terms of his influences and the influence he had on modern music.  A bit more than quick fix "essential"but essential nevertheless. Please read HERE for my piece on Young Debussy and the roots of French modernism.
Definitely one of Debussy's "greatest hits" Prélude à l'après-midi d'un faune  led into a programme of other Debussy milestones, including Nocturnes , without which we might not have La Mer, and Jeux from 1913, so innovative that it's a pillar of 20th century music - very much "essential" though not as ubiquitous as a "greatest hit".
Other correspondences too within the programme making more subtle connections.  Prélude à l'après-midi d'un faune broke new ground in 1889.  Mallarmé used symbolism to express emotions perhaps too tricky to be openly expressed. Modern, yet also in the tradition of allegory that goes back to the Greeks. The flute itself is symbolic, suggesting ancient Arcadia, where the rules of modern society do not apply.  Like the fawn, a creature of the wild who cannot be tamed, the flute line moves and turns in explicit sensuality. The fawn is responding to deep instinctive urges, which may be not be satisfied.  In Vienna, Freud had yet to formulate his ideas on dreams and the subconscious. In the French-speaking world, the symbolists (as early as Baudelaire) were already there.  The LSO provided a luxuriant background, lush strings and resonant winds enfolding the clear, piping purity of the flute. In this performance, the horns were also heard clearly muffled, as if in the distance, but an important reminder that the fawn is an animal which will be hunted down and killed. Prélude à l'après-midi d'un faune is not at all "romantic"  Roth brings out the sexual danger beneath the exotic surface. 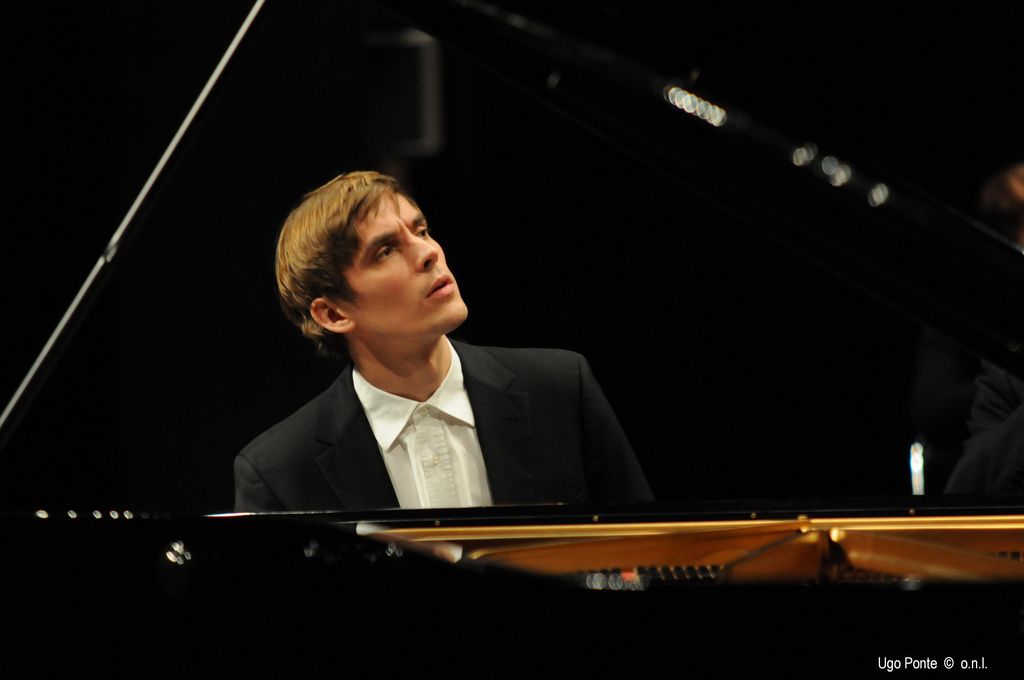 Thus to Debussy's Fantasie for Piano and Orchestra (1889-90) with Cédric Tiberghien, a good choice as companion piece.   Here, the piano is the fawn, its notes sparkling against the murkier shadows inn the music. Gradually the piano grows more vigorous and more imaginative.  Darker, quirkier winds (bassoon, oboes, clarinets) and percussion threaten to close in, but the piano breaks free.  In the middle movement, marked lento, the piano holds forth expressively. Tiberghein shows how intellect does not exclude emotion. On the contrary, the technical excellence of his playing intensifies feeling, adding sincerity and depth.  Like the fawn, the music enters a kind of clearing, then finds new direction, the music of the first movement adapted in the last with confidence and sophistication.

Hearing Roth and the LSO in Debussy Jeux brought back memories of Boulez, conducting it on his 80th birthday celebration, also at the Barbican, but with the BBC SO.  Obviously different times and orchestras, but that indicates how good Roth is in this repertoire.  In Jeux the game is, ostensibly, tennis.  Or is it ? Two young people are fooling around, but suddenly a ball is thrown onto the court, changing the game.  Strange, quivering chords, suggesting tension. Rays of brightness, throwing  the darkness into menacing contrast.  In musical terms, this means constant flow between points, patterns crossing and recrossing, staccato contrasting with freewheeling liveliness. Like Boulez, Roth marks the sense of "listening". The players on this court have to be alert and reespond. Perhaps the wild, tantalizing line represents the mysterious ball. Whatever, it has energy and purpose, unlike the players when they came onto court.  At last a blaze of horns and rising energy in the music. Are they players being "illuminated" ?  Suddenly, tantalizingly the music ends. Instead of closure in the conventional symphonic sense we're left to think for ourselves. I love  Jeux because it's open ended. There may be dangers ahead, the  understated wit in the piece suggests adventure, not doom. 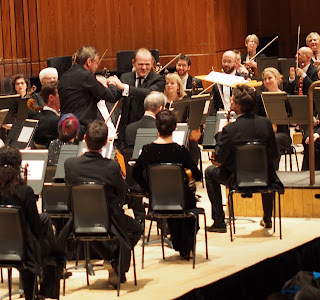 Although Roth and the LSO will be doing perhaps Debussy's greatest orchestral hit of all,  La Mer, next month,  they presented the Three Nocturnes (1899) which in many ways is its predecessor.   Heard together in one concert, they could be overwhelming, so we're better off focusing one at a time for maximum value.  In the Nocturnes, Debussy seems to illustrate a seascape. The movements have programmatic titles - Nuages, Fêtes, Sirènes - but as always, good music is more than literal depiction.  Waves keep changing shape and position, thus the concept of constant change, figures moving and shifting in myriad ways.  Impressionist painters depicted light and movement by single brushstrokes, emphasizing clarity over mass.  Thus the origins of "impressionism" in music, and the search for musical expression beyond the constraints of conventional tonality.  In an ocean, motion is controlled by invisible forces, like tides and wind. Thus the concept of musical form which might suggest undercurrents and ideas behind surface appearance.   Roth and the LSO shape the first two Nocturnes emphasizing the intricate detail beneath the broad sweep, for these details are like the "brushstrokes" in painting.   But it is in the third Nocturne, Sirènes, where Debussy breaks in even more innovative form.  The women of the London Symphony Chorus, led by Simon Halsey, vocalize, singing abstract sound instead of words.  Sounds as beautiful as these create their own meaning, just as the instruments in an orchestra sing without words. The shifting patterns, nuances and tones create the concept of a horizon that keeps moving and changing, with infinite variety. From these wonderful cross-currents and multiple textures, the borders of strict tonality are beginning to fade.

Don't miss the next concert in this Debussy series with Roth and the LSO at the Barbican, 25th March
Bottom photo: Roger Thomas
at January 26, 2018