Back to the Future - Aldeburgh Festival 2020 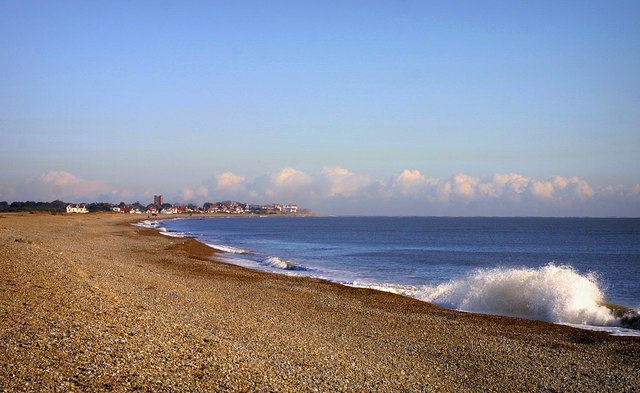 Exciting news about the 2020 Aldeburgh Music Festival.   Back to the future, in the sense that  the festival is returning to its roots, and to the musical ideals that Britten and Pears sought to achieve.  Aldeburgh is absolutely unique.  British music is like a grand river, into which flow many differnt streams and tributaries, which go on to fertilize creative fertility.  There are many different threads and traditions. Diversity, in all aspects of life does matter. That's why there are so many different music festivals. The Three Choirs Festival focuses on cathedral based, communal performing traditions.  Oxbridge College traditions, epitomised by King's College, are different, too, even different from other colleges. There are other regional and specialist festivals all round the country which encourage greater focus on whatever theme they dedicate themselves too.

The last thing Britain needs is a bland, all-purpose quango run by suits with non-musical agendas, catering for theme-park values rather than for musical quality. Aldeburgh's identity is unique. Right from the start, Britten and Pears believed in the concept that music doesn't have to be populist to be popular.  much of Britten's music was indeed written for the specifics of Aldeburgh and the region around it.  Had the Aldeburgh Festival existed in 1945, chances are that it woud have been heard there, too.  That emphasis on smaller, community based music making which brought forth Albert Herring represents anothrer Britten-Pears ideal that ordinary people are capable of responding to excellence without  compromise. The Aldeburgh Festival is just the high profile face of what the Britten-Pears Foundation stands for all year round.  Nearly every leading British composer has benefitted form the creative fertility that was Briten and Pears' dream.   So thank goodness after a few fallow years when Aldeburgh seemed to be turning into an outlet for BBC Radio 3, the 2020 Festival promises new hope.

Tom Coult's opera Violet, an Aldeburgh Commission,  has its world premiere starting 12th June. Coult is an extremely interesting younger composer, highly regarded by many.  Coult's  St John's Dance kicked off the 2017 First Night of the Proms . An exercise in perpetual motion and tempi, it was engrossing enough to hold attention, while being concise. Certainly better than some of the mindless pap the Proms assumes new music must be.  But beware! St John's Dance was a form of mass hysteria, where people kept dancing on, unheeding to their deaths.  With a libretto by Alice Birch, Violet promises to pack an even more subversive punch. "With the townspeople in crisis, can Violet finally escape?" Maybe this Violet's not shrinking anymore. Andrew Gourlay conducts the London Sinfonietta. Coult's Violin Concerto features in the 19th June concert, Ilan Volkov conducting the BBC Philharmonic Orchestra.

Allan Clayton and Mark-Anthony Turnage are featured artists this year. Turnage's Silenced is a song cycle receiving its wold premiere on 17th June,  to be heard with Steven Osborne in Britten's Piano Concerto. and Percy Grainger.   This concert is paired with another on 20th June, also Britten, Grainger, Janáček and a new work by Cassandra Miller. Clayton's seciond recital on 27th June features Britten, Michael Berkeley and Priaulx Rainier.  Other good concerts with Imogen Cooper (Mozart)  and lots of the early and baroque music which shaped Britten's outlook so strongly that they've always been a major theme in the Festival.

The really big moment everyone will book for will be Britten's War Requiem, on Sunday 21st June, with Mirga Gražinytė-Tyla conducting the City of Birmingham Symphony Orchestra. Allan Clayton, Florian Boesch and Tatiana Pavlovskaya. In the Maltings, Snape, the impact should be overwhelming. Ryan Wigglesworth conducting the Knussen Chamber Orchestra on 25th June is a classic Aldeburgh programme - Mozart, Elliott Carter and Messiaen.  Gala final concert on 28th June with Martyn Brabbins conducting the BBC Symphony Orchestra, with Britten Les Illuminations (Julia Bullock), Pictures at an Exhibition and another Turnage work, Frieze from 2012.