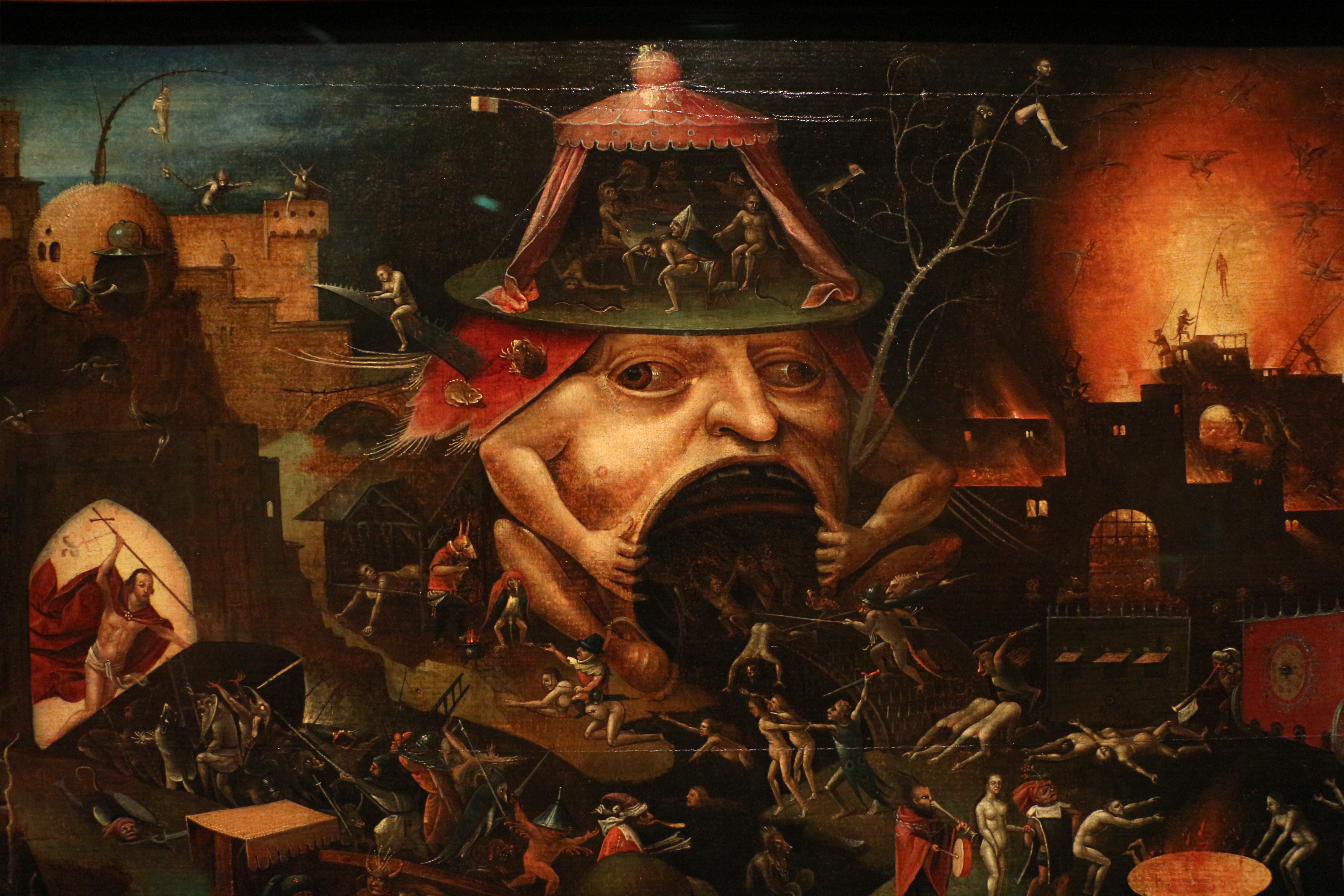 At the Barbican, London, Semyon Bychkov conducted Detlev Glanert's Requiem for Hieronymus Bosch, commissioned for the 500th anniversary of the painter's birth,  and premiered in Sint Janskathedraal, 's-Hertogenbosch, in April 2016.  It was a huge public occasion, celebrating the rich heritage of the region. Bosch lived most of his life in 's-Hertogenbosch, which was part of the Duchy of Brabant, with a thriving economy that supported artists as well as merchants. Over the centuries, the area was a target for larger empires - the Dukes of Burgundy, then the Hapsburgs.  Bychkov's programme acknowledges the Flemish background, featuring choral works by Johannes Ockeghem (1410-25? to 1494), Thomas Crecquillon (1505 -1557) and Pierre de la Rue (1452-1518) with Andrew Griffiths conducting the BBC Singers.

Detlev Glanert's Requiem for Hieronymus Bosch might be new to London but it was a huge hit, when the first recording was released in June 2017 with Markus Stenz conducting the Royal Concertgebouw Orchestra, which I reviewed at the time. Glanert's by no means unknown. He's been a Proms favourite for years. Please read my review of the Proms performance in 2019 HERE, with Bychkov conducting the BBC SO. Detlev Glanert was one of Hans Werner Henze's few students. Like Henze, Glanert's very prolific - 11 operas, including Caligula which has been staged at the ENO, but sadly misunderstood,  (see more here and my review of the Frankfurt production Frankfurt here). Glanert and Bychkov have known each other from the days when Bychkov conducted WDR Köln, so it would be interesting to hear how he approaches the piece.

Glanert's Requiem for Hieronymus Bosch has all the elements for instant popular success.  It helps that the paintings are so much part of popular culture that everyone recognizes his images of extreme excess.  Bosch's people wear medieval dress, but their actions depict the subconscious, the Id and existential guilt in operation, centuries before the concepts of psychology found expression in formal language. Like Carl Orff's  Carmina Burana, Glanert's Requiem is highly dramatic music theatre, adapting the cataclysmic dreamscapes of Bosch's paintings into music of extremes as lurid as Bosch's images.  This Requiem unfolds in 18 episodes, rather like panels in a medieval triptych. This gives the piece structure, making it easy to follow. The teeming, sprawling  panoramas Bosch depicts could plausibly be depicted in sound, but that would probably be asking too much of most audiences. Like Bosch, though, Glanert's piece replicates extremes. Literally heaven and hell, for the premise is the judgement Bosch faces after death.

Thus the standard elements of a Requiem Mass are interleaved with the Seven Deadly Sins. The acrid flames of hellfire whipping against the smoke of incense. A harsh Voice (David Wilson-Johnson, narrating) calls from above "Hieronymus Bosch!" Immediately we spring to attention.  Bells ring. Throbbing, rushing figures in the choral line, suggesting the doomed hordes we see in Bosch's paintings. The orchestral lines veer wildly, lit by screaming brass, the chorus screaming to crescendo.   Suddenly the forces fragment and, from the silence, a slow, low penitential intonation.  An abstract Requiem Aeternam, the choral line flowing ambiguously, in almost microtonal haze. like smoke.  In Gluttony the bass (the aptly named Christof Fischesser) sings of food, his lines circular and rotund. The text may be in Latin, but the meaning is clear.  The choir responds with the long, thin lines of an Absolve Domine. reinforced by Wrath with tenor (Gerhard Siegel)  and a Dies Irae which ends with a vivid orchestral flourish. Another demon, Envy, fights back. Soprano Aga Mikolaj's fluid, curving lines mimic the lines in the "heavenly" chorus - imitation is a sign of envy! But the serene  Juste judex prevails.

But where are we? The organ solo (Leo van Doeselaar) lets rip with a frenzy that suggests a cathedral organ hijacked by Satan.  Despite the extremes of volume and tempi, the lines between heaven and hell are, tellingly, blurred. In Sloth, the soprano sings langorously, joined in sensuous duet by the mezzo (Ursula Hesse von den Steinen). Pride, Lust and Avarice appear, but the balance shifts towards the big guns : Full choir, offstage choir, and orchestra in increasingly full throttle : listen for the jazzy culmination of the Domine Jesu Christe. and the funky trumpet that heralds the Agnus Dei. With the Libera Me and Peccatum, we are in Carmina Burana territory, bursting forth in a blaze, the earthly chorus in raucuous flow, augmented by brass and percussion and the offstage chorus singing of lux perpetua.  Big forces. But is might right ? Glanert's Requiem ends In Paradisium, here the Voice from Above recites lines from the Book of Revelation. Apocalyptic visions, marking the end of the world and of time.  Now, when the Voice screams "Hieronymus!", he doesn't add a demonic epithet. With an unearthly low hum, the choir sings of the chorus angelorum that brings eternal rest.

Glanert's Requiem for Hieronymus Bosch is a public piece rather than a work of inward  contemplation. Nonetheless, as with so much that Glanert writes, subversive humour lurks within. In this Bosch Requiem, Glanert again and again mixes grotesque with irony. Just as the vastness of Carl Orff's Carmina Burana appealed to Nazi taste, the vastness of  this Requiem veers on parody.  Will it be loved for its vulgarity or its irony? Just as the paintings of Hieronymus Bosch reveal the viewer, Glanert's Requiem reveals the listener.  In this case, I think it's the wamth of Glanert's vision, and his compassion for the quirkier aspects of human life, which Hieronymus Bosch himself  had no qualms about depicting.  In the 2 1/2 years since I first heard the piece, it's grown on me, a lot.
at December 08, 2019