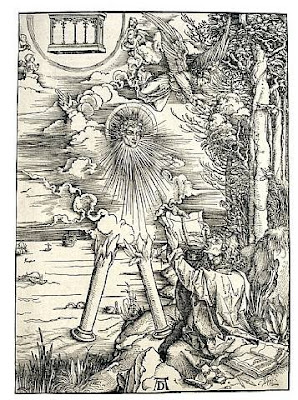 This was one of the high points in this year’s magnificent Messiaen centenary. The Quartet for the End of Time is so well known that even those who’ve never heard a note of the composer’s work can refer to it. It’s one of the key works of the 20th century. Seldom, though, does it get performances of this insight. This was authoritative because Uchida and Friends (as they are billed) truly grasped the architectural sweep of the piece, elucidating the fundamentals that make this work so profoundly moving.

Messiaen called the first section “The Liturgy of Crystal”. The first birds of dawn have started to sing, but what’s striking about the music is the way it evokes the “crystalline” purity of early morning, a sense of peace and awakening. Martin Fröst’s clarinet curls sensuously, as if unwinding from deep repose. Soovin Kim coaxes seamlessly long legato from his violin, bowing with firm, steady control : this is significant for he is “creating” the image of time, moving slowly but inexorably towards a destination. Quietly, almost in the background, Uchida plays progressions up and down the chord. Messiaen wrote that the first two parts of the piece describe the Angel, who in the Book of Revelation will appear to announce the End of Time, a towering figure straddling the earth, one foot on the sea, the other on land. Uchida is subtle, but assertive and firm. She realises that the piano part is the inner pulse of the whole piece. It may be understated but it is fundamental to the whole conception.

Suddenly we are alone again. The clarinet solo that follows is fearsomely difficult. Fröst can be a flamboyant player, carried away with the sheer joy of playing. Were he to team up with similarly colourful musicians like Pekka Kuusisto, we’d hear fireworks. All the more credit to him then for the steely discipline he showed here, his whole body taut in performance. At times, he made the clarinet evoke a foghorn, at others a siren. Both are sounds of warning and of portent, one deep and booming, the other sharp and shrill. Then the natural ripeness of the instrument surfaces again, and birdsong starts again. Yet note, time is still moving: Fröst builds up a slow rumble, like the fault lines in an earthquake, which rises to forceful crescendo.

“Praise to the Eternity of Jesus” is the title of the fifth section. As Pierre-Laurent Aimard said at the beginning of this festival, the cello part is “the music of immortality”, the bowing so slow and subtle that legato seems to disintegrate. Again, it’s fiendishly difficult to sustain, but Christian Poltéra sustained the flow. Again, Uchida’s presence was significant. The piano plays quiet, tolling ostinato, like distant bells: time is evolving, on two simultaneous levels. When the exuberant Dance of Fury erupts in the sixth section, it’s all the more powerful because we know the sudden frenzy propels us towards the inevitable conclusion. Everyone loves this section because it’s so lively. It’s written very tightly, but each part is distinctive and needs the balance of individuality and cohesion it received here. As Messiaen described it, it is “music of stone, of formidable, sonorous granite”. It is a wall of sound, but made of densely packed particles.

The Angel of Time appears once more in the seventh section. Uchida plays Messiaen’s “chords of rapture” the gently pulsating chords familiar from Vingt Regards and other works of contemplation. Uchida keeps the notes distinct – these are the “tolling bells” again, incessant waves of ostinato, endlessly moving forward. Overwhelming as the Angel is, Messiaen sees colours and vibrations, for the End of Time is not negative, but leads to metaphysical union with concepts beyond time and space, which in the Book of Revelation means oneness with God. The composer has held the violin back till now, when it’s revealed in its full glory. Soovin Kim had impressed throughout: one could hear how defined and expressive his playing was, but Messiaen leaves the best until the last, for that’s the whole point of the prophecy. Kim’s playing reached an apotheosis. This part is an even more difficult elaboration on the cello part in section five. This was magnificent. The music soars in higher and higher cadences, the piano’s “bells” pealing in exaltation, leading the ensemble into refined, rarified diminuendo. The long silence at the end signifies that we’ve reached a point “beyond sound”, beyond physical limitations, vibrating into infinity.

What made this performance so good was Uchida’s presence. She is uncommonly perceptive, understanding the very deepest levels in this music. She keeps a firm hand on the ensemble, ensuring that they reached levels that might seem beyond their grasp while they are still so young. I much preferred this performance to the rather disappointing version at the Proms with better known players. Fröst, who played in both, was immeasurably better here. This was an experience that Fröst, Kim and Poltéra will not forget. They are good musicians, whose potential is enormous, but what they learned here was how performers like Uchida use their sensitivity and intelligence to propel the notes off the page and into the stratosphere, musically.

Fröst, Kim and Poltéra were sponsored by the Borletti-Buitoni Trust. The Trust recognises that developing musicians need sustained support, advice and direction well into their careers. That’s why Uchida is such a perfect choice. Her love of music is so deep that her enthusiasm electrifies those around her. Reading the body language in this ensemble shows what she means by the name “Uchida and Friends”. Prior to the Quartet for the End of Time, Llŷr Williams, another Borlotti-Buitoni musician, played Liszt’s La Lugubre Gondola. It was lyrical, but Bartòk’s quartet, Contrasts, displayed more of the character these musicians showed in the Messiaen. Kim, in particular, was so interesting that it was almost frustrating to know we had to wait a little longer to hear him display his true colours.