Why we need to know who Karim Said is 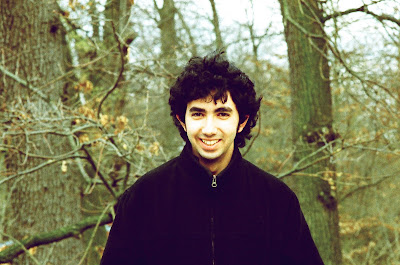 Who is Karim Said, and why is he the subject of tonight's BBC4 TV film at 7.30, the last in the current series of Christopher Nupen portrait films ? Watch the show - it's never been screened on TV and isn't out on DVD. It's extremely inspiring. and suggests answers to the universal questions - why do we love serious music? what pushes people to devote their lives to it?

This is such a motivational film it should be seen by anyone interested in human nature, well beyond classical music, because Karim is a case study in what makes interesting people tick.

PLEASE READ ABOUT KARIM'S PROMS DEBUT HERE
It's much more detailed than this and tells lots more about Karim as a musician. Personally, I think he's superb !
Karim was just ten when he started attending the Weimar workshops organised in connection with the West-Eastern Divan Orchestra and sixteen when he played with them and with Daniel Barenboim. Barenboim, who had been a child star himself, recognized in Karim something quite special. To get anywhere in music you need to be in a big city, so, still a lad, Karim had to leave home and study in England. The real star of the film in many ways is his mother, whose love for him is so deep that she wants him to do what he loves, even if it means not seeing him, This is a film for anyone who's been a mother or anyone who's been a child, for that matter!

Filming was made over a period of seven years, following Karim's life without being intrusive. He also became closely involved with the process – the film is titled "by Christopher Nupen and Karim Said". It certainly makes no claims or predictions. It is enough that we get to see a young person doing what he loves and sticking to it. Everyone can get something from this film even if they don't care anything about music. This is genuine and motivational. Karim's remarkably down to earth and unassuming, a lovely personality who will have something to give whatever he does. I was lucky enough to go to a recital he gave where some of his friends from school were present. They really did love him, he's truly charismatic. And he plays extremely well, too.