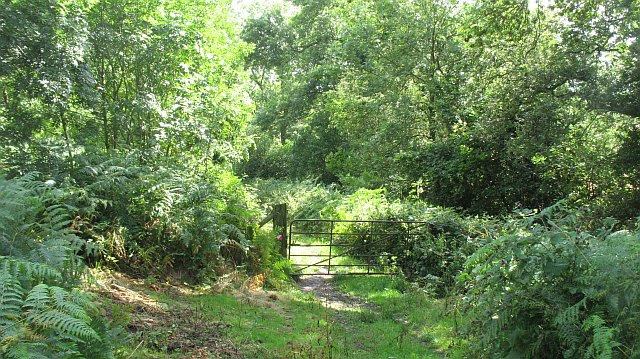 Roderick Williams's programmes are always well chosen. At the Wigmore Hall, Williams picked 24 songs from 12 composers setting 15 poets. Some of these composers wrote hundreds of songs, so any attempt to suggest comparisons between them would be superficial. Anyone who knows the repertoire could come up with dozens of alternative choices.  Williams's programme worked much more perceptively. It evolved in three stages, leading up to Ralph Vaughan Williams Songs of Travel, which occupied the whole second half of the recital.

English song carries baggage. The genre evolved as a middle-class attempt to engage with vernacular culture. Vaughan Williams and his friends collected folk song from the "wild" so to speak and turned it into art. In the process, they found their own musical identity.  Songs of Travel (1901-04) is very early RVW, written when he was emerging fom the shadow of Charles Villiers Stanford. Like many late Victorians, Stanford was interested in the common folk, but as quaint curiosities. In theory, Roderick Williams could have paired RVW's songs with Stanford's Songs of the Sea or Parry's Songs of Farewell, but they aren't piano songs. The very fact that RVW eschews grand settings indicates a change of aesthetic. In Songs of Travel, RVW is setting forth on his own creative journey, choosing Robert Louis Stevenson as his guide.

The Vagabond sets the tone: Stevenson imagines a man who sleeps in the bush and dips his bread in a river : a swashbuckling Victorian adventurer, perhaps, inspiring nice middle-class boys with visions of H Rider Haggard  and alternatives to the Victorian/Edwardian consumer mores. Immediately, though, RVW switches back to gentility. When Roderick Williams sings Let Beauty Awake, the quality of wonder he brings to the song shows that it's more than mortal love, but love of daybreak and of the day to come. Even more beautiful  is Youth and Love. It's reminiscent of Silent Noon, with its languid sensuality. Again it's not a love song: the young man sets off "to a nobler fate". Williams sings it perfectly, his voice more agile than some of the baritones who have done this cycle.

Indeed, it's songs like Youth and Love and  Whither must I wander? which make RVW's Songs of Travel sunique. They are exquisite works of art that owe nothing to folk song, Victorian song or anything else. RVW is well on his way to becoming a true original. Hence the confident I have trod the upward and the downward slope, beginning in minor, ascending to heights which can tax some singers. Williams, however makes that last line "And I have lived and loved..... and closed the door" glow with feeling. He breathes into the words, stretching the legato so it seems to reach out beyond the song. RVW is "closing a door" and heading off to his future.

It's this sensitivity that makes Roderick Williams easily the best singer of English song in our time.  The more stolid songs, like The Roadside Fire with its sexist values, are popular, especially delivered in a forthright, authoritarian manner. "As if sung by a vicar", someone once observed. It's easy to understand why because that reinforces the idea of "English" song as worthy and safe. Then along comes Roderick Williams, singing with emotional directness, as if in normal conversation. His voice is burnished gold, yet clear and natural, releasing the beauty of English song as song, equal to almost anything in the European mainstream.

The first part of Williams's recital covered German and English songs of travel in a nicely impreessionistic way. He's not the most idiomatic of singers in German - few British singers are - but we weren't there to hear him sing Lieder.for its own sake. His Ging heut' Morgen über Feld works not because it's part of the full Mahler set, bu is treated as a song on its own terms. He has done the full set rather well, but on this occasion the song was integrated into a wider traverse. The German songs also served to suggest what might be the difference between German and English song (a subject far too complex to deal with in any recital). Williams is renowned for his Finzi and Gurney, and his Ireland and Moeran were very good. But in typical Roddy W fashion, he added something different : Michael Head's Tewksbury Road (1974). It's a lively, expressive song. You can hear why Roderick Williams is one of Michael Head's great champions. Perfect for William's personal, warm-hearted and direct style.  PS : one of the encores was Schubert Lied eines Schiffers an die Dioskuren but Roderick Williams regulars might know why he picked that. He sang Pollux, one of the heavenly twin stars (Dioskuren) in the ENO Rameau Castor and Pollux.