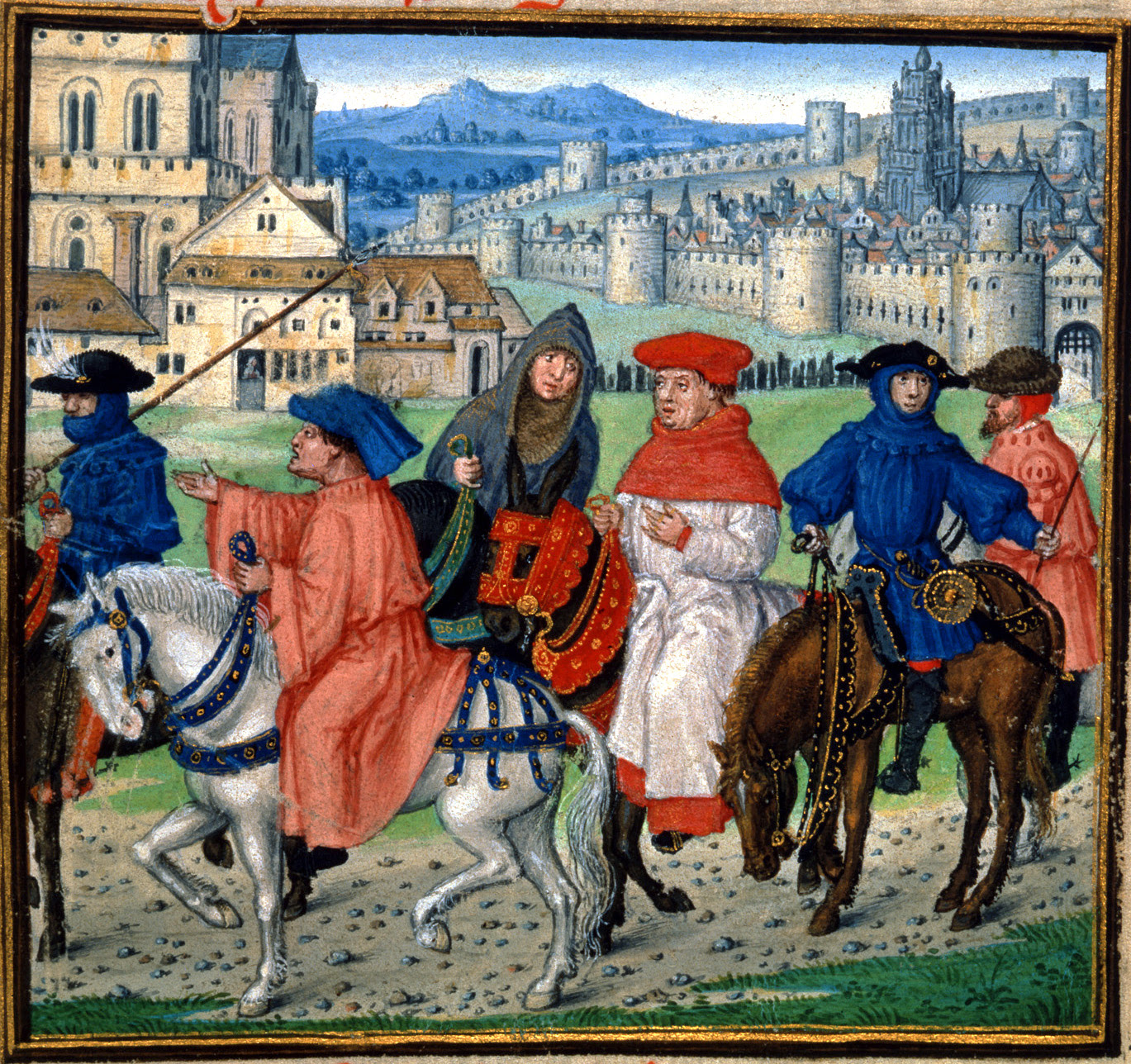 Highlight of the 2012 Three Choirs Festival was George Dyson's The Canterbury Pilgrims, now available online on BBC Radio 3. So for those who couldn't make it to Hereford this year, enjoy!

The Canterbury Pilgrims would seem natural territory for the Three Choirs Festival because it's primarily choral, with a vaguely religious message, yet this was its first full performance at the Festival. Dyson's music is well known, and there is a good recording of this piece conducted by Richard Hickox, (1999), so it's all the more surprising. Perhaps it's because Dyson (and Chaucer) aren't reverent. The Wife of Bath is downright salty, and little respect is shown to the ostensible authority figures

The Canterbury Pilgrims was a popular success after it was written in 1931. It's easy to hear why. It's straightforward, accessible and engaging,  It begins cheerily, with elements of mock-medieval woodwind to jolly things along, for the pilgrims are setting forth full of hope.  From the choir arises a solo.  Alan Oke's clear, bright tenor arises from the chorus, like a shining medieval hero. This pattern of choir-solo-choir repeats throughout the piece, like panels in a painting, faithful to Chaucer's characterizations. Susan Gritton sings the female parts, like the Nun and the Wife of Bath, while Simon Bailey sings the parts for bass baritone. Significantly, Dyson varies the sequence. The Squire, for example is choral, as is the Merchant. Perhaps that reflects their place in worldly society. Dyson's writing is full of droll wit. Throught the 13 sequences, the imagery of prancing horses, giving jaunty momentum.

A mysterious chill haunts the section The Clerk of Oxenford. It's a choral piece which undulates like monastic vespers, very different from the droll Monk. "Of a solemn and grave fraternity" sings Oke, describing the Haberdasher and his colleagues, as the orchestra creates steadier "footfalls", but The Merchant enters, the choir full volume, and assertive. Perhaps Dyson is referring to rivalry between Guilds and the irony of bumptious merchants going on humble pilgrimage? Dyson is witty but observant. The Sergeant of Law can have people killed, and the Doctor of Physic kills too, his medicine more superstition than science. The waving figures around the voice suggest bubbling potions and alchemy. Does Dyson identify with the Poor Parson, since his music (choral) is so beautiful? Dyson wasn't poor and had a successful career but the poetry in his setting suggests that he cared for the simple, humble man who comes last. Even the pace is less "horse" like, the sounds of the organ suggesting something more spiritual. Dyson doesn't do conventional piety, he does happy,  and to some people that's dangerous. Beneath this sunny music there's something closer to the humility of Christ than to the trappings of Church and society. In this sense, Dyson's The Canterbury Pilgrims is of its time, even "modern". Martyn Brabbins conducts the Philharmonia: optimistic, crisp and brisk, like some 1930's British art and design.

"In God's name, now let us rise" the tenor sings in L'envoi. Having told their stories, the pilgrims head off. A single, muted trumpet passage. Does this suggest a beginning, an end or the idea of an unending cycle of pilgrims seeking grace?