Farewell to Stromness and to Max 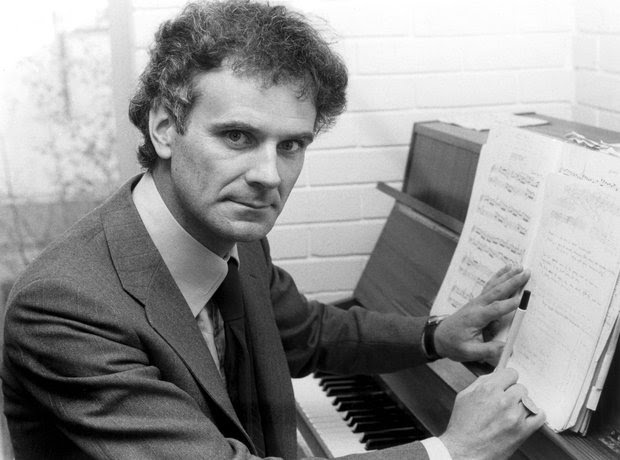 Peter Maxwell Davies is dead. In his long career, there were many different "Maxes". Something for everyone, which may be part of his appeal. In later years he was appointed Master of the Queen's Music, an accolade not all that many composers would relish, though Judith Weir is a wise choice of successor.

In his youth Maxwell Davies was part of the "Manchester Group" (NOT 'school), the epicentre of the British avant garde at the time, mixing with figures like Alexander Goehr and Harrison Birtwistle, whose The Fires of London Maxwell Davies eventually inherited.  From this period came Eight Songs for a Mad King (1969) yet also Seven In Nomines (1965) blending themes from John Taverner with  entirely new work. The fifth of the seven sections is pivotal. He described it as a "realization of circular canon, with the plainsong on a cross inside a circle", almost as if he were setting a graphic shape to music. The last time I saw Maxwell Davies in the flesh was when he shared a stage with Harrison Birtwistle in a tribute to Pierre Boulez.  Some in that audience weren't old enough to remember the Manchester years.

In 1971 Maxwell Davies moved to a remote croft in the Orkneys. The spartan landscape, its mysterious past and its very remoteness inspired a new stage in the composer’s creative evolution. He met the poet George Mackay Brown, whose Fishermen with Ploughs provided the text for Maxwell Davies' From Stone to Thorn. The connection with poetry is so strong that the vocal line predominates, the orchestration, in comparison, is fairly conventional, Maxwell Davies’ identification with Orkney also manifested itself in his sponsorship of the Stromness Festival and commitment to the islands' preservation. The first Stromness Festival was ushered in with the Hymn to St Magnus, based on a twelfth century manuscript. It begins with an adaptation of the original hymn, opening out to the complex, dramatic Sonata Prima which seems to evoke the seascape and the ancient legend. In the Sonata Seconda, the whole panoply of percussion bursts forth in a controlled cacophony, underpinned by strings and clarinet. It is as if the bells of church litany, ships bells at sea, bells as signals of distress and of worship, were all participating in a grand theatrical vision.

Max never lost his interest in Italy, where he studied with Goffredo Petrassi. Almost like a latter-day William Walton, this Italian connection  warmed Maxwell Davies's work. I have a soft spot for the slight though sweet Roma Amor (1998)

There's lots and lots more Maxwell Davies to be had, including operas and symphonies, but for me, what will endure of his work might just be the least self conscious, and most intuitive,  the piano interludes  from the Yellowcake Revue (1980) which packs a  punch, written as it was in a frenzy of passionate protest against uranium mining in the Shetlands. I've only heard the full version once, with the fiery Tourist Board Song ( "Oh come to Sunny Warbeth") with its eerie uranium glow., which is a pity, because it's good.  The first piano interlude, Farewell to Stromness is hypnotically beautiful, evoking the timeless spirit of the islands, pristine, pure and unpolluted.  I've often wondered if there was a connection between Farewell to Stromness and Paul McCartney's Mull of Kintyre. (1977) : two songs that have seared themselves into the way we Sassenachs perceive Scotland.