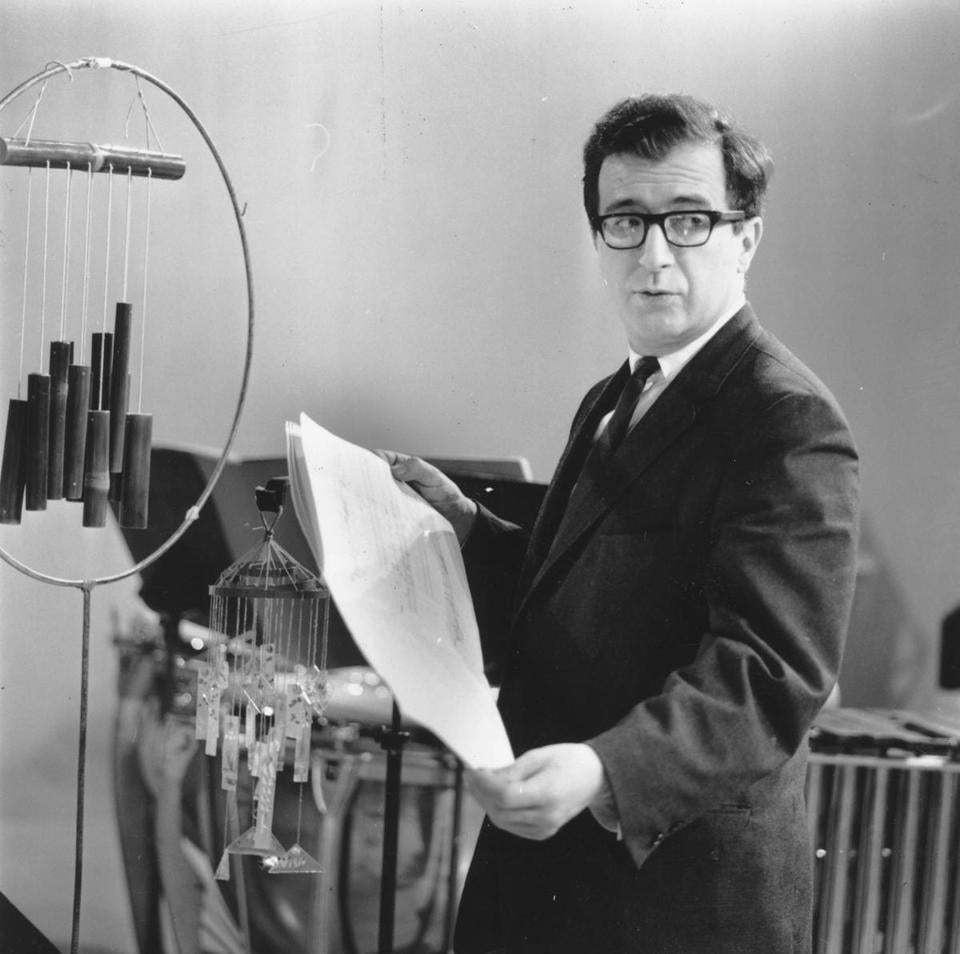 François-Xavier Roth conducted the LSO in Luciano Berio's Sinfonia at the Barbican Hall, London, the culmination of a two-concert series that also featured Ligeti Atmosphères, Thomas Adès  Chamber Symphony, Schoenberg Chamber Symphony (for contrast) and two world premieres, Darren Bloom's Dr Glaser's Experiment and Elizabeth Ogonek's Sleep and Remebrance. a weeping programme, and an audacious pairing of Adès  and Schoenberg. From Roth, we can always expect the extraordinary, As Luciano Berio said "The unexpected is always with us".

Berio's Sinfonia was written in 1968, one of those watershed years in history, like 1848, when the world seems to undergo a massive sea change even if the results aren't clear for a while. 1968 was also a pivotal year for music. I remember reading about The Raft of the Medusa, (read more |HERE) not yet realizing who Henze was - I was just a kid - but aware it was something I had to find out about.

Berio's Sinfonia symbolizes so much of what 1968 meant - openness and the will to explore,  a sense of endless possibilities, and an awareness that our perceptions of life are shaped by complex and multipole networks of human experience.

Berio describes the Sinfonia  as an "internal monologue" which makes a "harmonic journey". It flows, like a river, bringing in its wake the streams and springs which have enriched it, adapting them and changing them, surging ever forwards towards the freedom of the ocean. It's filled with subtle references to many things: to Cythera, one of the cradles of Greek civilization and the home of the goddess of regeneration.  Sinfonia is truly a "symphony that contains the world" but it is by no means just collage. It's so original that it rewards active, thoughtful listening.

Quotes from Mahler's Symphony no 2 run through the Sinfonia, like a river, sometimes in full flow, sometimes underground.  Mahler 2 is called the "Resurrection" because it's based on the idea that death isn't an end but a stage on a journey to eternal life.  There are quotes from at least 15 other cpmposers, but specially significant  are references to Don, the first movement of Boulez's Pli selon Pli ( which means fold upon fold, ie, endless layers and permutations).  (Read more HERE)  Don means gift, so this is like a gift  from one composer to another. What has gone before shapes what is to come, but absolutely central is the idea that creativity never ends, but is reborn anew.  Stagnation is death.  Incidentally one of the best recordings of the Sinfonia was conducted by Boulez, who relished its audacity.

"For the unexpected is always upon us"  illuminates the deliberately obscurantist miasma of the text, partly based on Samuel Beckett, though there are also phrases from Claude Lévi-Strauss, the anthropologist of myth. The style is often almost conversational.  so you're drawn into what's being spoken, only to be confronted by something elusively confusing. You navigate, as on the rapids of a river, by paying attention and being intuitive, Once I heard an apparently true anecdote about someone who built a machine that could write music.  Along came Berio, who twiddled a few knobs and buttons and created something genuinely original.  The machine's inventor was not pleased.  That's the difference between real art and fake.

Berio had a quiet sense of humour. When he quotes Mahler's Des Antonius von Paduas Fischpredikt (read more here) , he knows the fish don't understand and will keep fighting.  Perhaps Berio knew that some folk would never "get" Sinfonia, but he wasn't bothered as he didn't need to prove anything.  Traditionally -- if that's a word which can apply to someone as lively as Berio -- the texts have been semi-spoken at odd pitches, using tuning forks and impossibly clipped British accents, which adds to the sense of quixotic unreality. At the end, the performers name and thank each other -- reality playing tricks with art.

Berio's Sinfonia connects, too, to many other works of the period, such as Stockhausen's Hymnen  (read more HERE) and to Bernd Alois Zimmermann's Requiem for a Young Poet (Read more here).  All three pieces "open windows" in different ways onto other aspects of life, culture, history, literature and music. All attempt a creative and original synthesis of human existence. Not easy goals to achieve. Indeed, I'm not sure that music like that can be written today in times where so many prize insularity and fear diversity.  François-Xavier Roth strikes me as an ideal Sinfonia conductor because his background lies in the adventurousness of the baroque, which has animated his passion for the avant garde. (Read more HERE)   Feview of the second concert coming soon.
at March 14, 2016