The ENO Chorus and the Death of 1000 Cuts 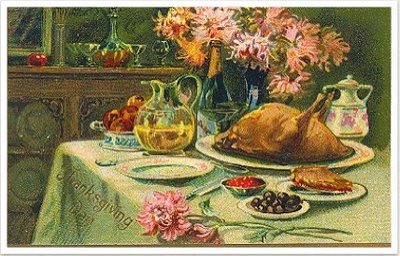 The primary purpose of any serious arts organization is to create excellence. High artistic standards are the Golden Eggs that give the goose its reason for existence. Compromise those standards and you might as well cook the goose and carve it up for dinner. Which would be fine for those guests who benefit from the immediate proceeds, but what happens when there are no geese to produce golden eggs any longer? That is the real crisis facing the ENO, and, indeed, British arts in general.

British arts policy suffers from a perfect storm of short-sighted superficiality, the  presence of vested interests, and sheer bloody mindedness. I've written many times about the need for joined-up thinking, acknowledging the role the arts play in the national and international economic system.  But pigs might fly. Business and politics have become Supermarket Sweep: the Tv game show where you fill your trolley to maximum value in a limited time, whether you need the goods or not. The electorate get what they deserve.

That the ENO is in crisis isn't news, but given the level of media coverage on it and on the arts in general, one wonders if journalism isn't in crisis, too. Once, in theory, journalism was independent,  analytical and informative.  I've given up on the Telegraph.  At least, to the Guardian's credit, they've changed their Arts Correspondent to someone who makes an effort.   The Murdoch-owned Times wisely lets its readers provide the story, rather more revealingly than a house writer might dare. But the BBC coverage has reached a nadir. Shameful, especially worrying since the BBC itself is under serious threat.

No, the crisis at the ENO isn't caused by the current CEO, Cressida Pollock. She's inherited problems so great - and not just of the ENO's doing - that I feared she'd be a lamb to the slaughter. That she's survived even this long deserves respect.  While much of the original restructuring plan - especially the café - probably won't work.

Hence the idea of cutting back the chorus and orchestra to save money.  This isn't good. The ENO chorus is wonderful, the foundation on which most productions are built, since the ENO can't afford top international stars, other than those it talent spotted when they were younger. The loyalty of some ENO big names, like Stuart Skelton, Iain Paterson etc. says a lot about the high regard they have for the ENO's artistic standards. Take heed! The ENO chorus and orchestra are good because they are a team of professionals  who work together well. You can't replace that expertise with the equivalent of a pick-up band chosen at random according to who happens to be around at any given time. Anyone worth hiring needs consistency of employment, not zero-hour contracts.  So the ENO doesn't operate year round   Neither do most arts organizations. In any case, summer festivals would be pinched out if they were. To avoid cutting back on chorus and orchestra, the ENO management is taking voluntary cuts in pay. Respect that.  Potentially the biggest source of revenue is production-sharing, which reduces cost and risk.  The opera business is international, and integrated: the ENO is part of a wider network. It's sheer nonsense to assume, as has been suggested, that this tried and true system was an ego trip by any one individual.  The ENO is part of this system because it does good work. Mess with the quality of the ENO artistic team and mess with the system.

We don't really know the state of ENO finances. In the last year for which figures are available, the balance sheet was in the black (just).  These figures are audited: demanding to see the books makes one wonder what the motivations really are.  Things cut both ways: The Arts Council England hasn't been specific about the reasons behind the special measures. So where is the pressure coming from?  Much of the debate has focussed on divorcing the ENO from its base, the Coliseum, the biggest theatre in London, situated in a prize position in the heart of the West End's showland. The freehold of the Coliseum is the ENO's greatest assets - a veritable goldmine.

In the course of the debate in the Times, Sir Peter Jonas, former Chairman of the Board of the ENO,  revealed on 12.12.15 that the ENO board "secured the Coliseum for £12.4 million to ensure ENO’s future. The funds were raised directly from government with £1 million of lottery funding. An extra £1 million was donated privately to kickstart the building’s renovation. The Arts Council did not contribute and, perhaps out of pique, demanded a charge be put on the title whereby if ENO should cease to exist in its present form the Arts Council could appropriate the freehold.".

Since the Arts Council doesn't itself operate as an arts organization, it could presumably find ways of passing the freehold onto others. whose priorities might be different.Many winners ! But the losers will be the British arts industry  as a whole.