Marc André Hamelin was the soloist in Rachmaninov's Piano Concerto no 3 with Vladimir Jurowski and the London Philharmonic Orchestra at the Royal Festival Hall, this week. Hamelin and Rachmaninov were clearly the crowd puller,  and rightly so, for it was a very fine performance indeed, well poised and expressive.  Hamelin and Jurowski play to each other's strengths. I enjoyed it very much,  but for me the draw was Alexander Zemlinsky Die Seejungfrau (1905) 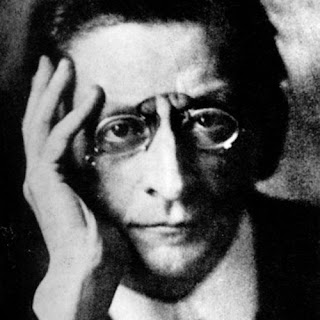 Although Die Seejungfrau  (The Mermaid) was loosely based on Hans Christian Andersen's story of the Little Mermaid, don't expect Disneyfied prettiness. The tale is tragic and, for Zemlinsky, had personal resonance.  Even the most charitable would not call Zemlinsky good-looking, while Alma Schindler was so beautiful as to be almost unattainable: the mermaid and the prince, sexes reversed.  Alma dumped Zemlinsky overnight, when better prospects came her way. Losing Alma might have been the best thing to happen to Zemlinsky. The pay-offs included Der Traumgörge,  The Florentine Tragedy and Der Zwerg.  The mermaid tries to kill the prince she cannot imitate.   The dwarf cannot become what he is not however hard he tries to pretend. But by creating works of genuine originality, Zemlinsky proved that he was no ugly dwarf.

Jurowski captured the menacing depths in the introduction. Small, sparkling figures served to highlight the sinister gloom. The violin melody suggests the upward movement of the mermaid swimming upward: the LPO playing with energetic sense of purpose. Jurowskiu didn't bask too long in the sunshine. the urgent, almost violent theme which might represent the prince as huntsman churned up dissonance. Already we know this fairy tale will end in death.  Jurowski and the orchestra delineated the churning undercurrents. Frequent turbulent contrasts between lyricism and violence.  Jurowski didn't steer clear of the innate ugliness lurking within. The two-minute Sea Witch passage unearthed and edited by Anthony Beaumont makes a difference, intensifying the violence and the ultimate tragedy.   Jurowski's interpretation is even more perceptive than Riccardo Chailly's 1996 recording, which leaves all the others for dead.

Jurowski's background as opera conductor helps greatly, too, for he emphasizes the inherent drama in the orchestration. Jurowski's Die Seejungfrau is an opera where the orchestra sings. It's vivid in a cinematic way without being maudlin or sentimental.

Descending diminuendos prepare us for the final confrontation. Jurowski lets sounds surge forth, yet holds it back, creating extreme tension.  The LPO play with such richness that you could  feel the intensity of her loss. Had she had legs instead of a fishtail, she might have been a princess, but in her sacrifice, she finds Isolde-like transfiguration.

Listen again HERE on BBC Radio 3. This is an important performance, a new benchmark.