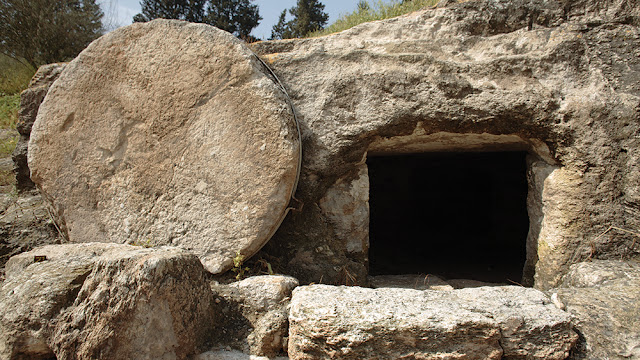 Today is Holy Saturday, the quiet day between Good Friday and Easter Sunday. It gets overlooked because nothing seems to be happening. Quite the contrary. Holy Saturday functions  as a  Luftpause, like silence after the first movement  in Mahler's Second Symphony, and between the first and second parts of Mahler's Symphony no 8.  Ignore the silences and lose the whole meaning of the symphonies. It's hard to understand the value of silence in a world obsessed with dominant ego, the "Triumph of the Will" mentality in which blitz and bluff mean more than genuine content.  Silence  cleanses the mind and soul from the toxic pollution of white noise and babble inflicted on us like a barrage 24/7. Silence, like deep meditation, draws us inwards. It's not an easy option, which is why it drives empty vessels nuts.  The cessation of meaningless chatter is hard work, as those who practice it will attest, be they Buddhist, Christian, Quaker or whatever.

The first movement of Mahler's Symphony no 2, was inspired in part by the funeral of Hans von Bülow, who Mahler venerated. Hence the deliberate pace, like a processional, moving with purpose. Snatches of melody appear, like memories of happier times, the destination is inevitable. Frequently I cite Haitink, who has taken this movement so slowly that his orchestras can barely hold the line. But that's an insight: the body is shutting down, cooling down, heading towards obliteration. The symphony isn't called "the Resurrection" for nothing, though Mahler's theology, like Wagner's,  is freely adapted. Jesus dies, but it's not Game Over for mankind. Like grass grows again in Spring, ewig, ewig, ewig........

Like any mortal, Jesus suffered, died and was buried. This is central to Christian belief because it connects mankind and God.  It's fundamental that Jesus didn't neatly pop from one plane of existence to another without having shared the sufferings of the world. No one's ever come back from death to confirm it, but the theory is that the soul exists in limbo for a while before it heads off to the next life. Consider Elgar's Dream of Gerontius (1902) with its theologically legit text, by Cardinal Newman, where the two parts are separate, transition emphasized in the music. Thus the Purgatorio in Mahler's Symphony no 10  where the delicate first movement is followed by a scherzo where swaggering grotesques, flattened horns, shrill trumpets, echo the marches of death in earlier symphonies. Whatever it means, it's a bridge towards the Allegro Pesante, a stage in the passage of ideas. For me, the Purgatorio echoes the Wunderhorn song Das irdisches Leben: a small, plaintive cry amid larger, more dominant forces., a Luftpause with sound, so to speak.

Only after this transition has taken place can the souls progress.  The duration of the pause in Mahler Second is less critical than the fact that it is observed long enough for it to be respected for what it is.   It's not a time for letting latecomers swarm in, disturbing the moment for others, though latecomers (and those who let them in) probably don't mean to be disruptive. But what excuse is there for sticking an interval between the two parts of Mahler's Symphony no 8.? The symphony has been performed whole for a hundred years, so singers and audiences can manage fine.. In any case, the soloists have less to sing than they might in an opera and there's that long non-vocal section in the second part for them to recover. 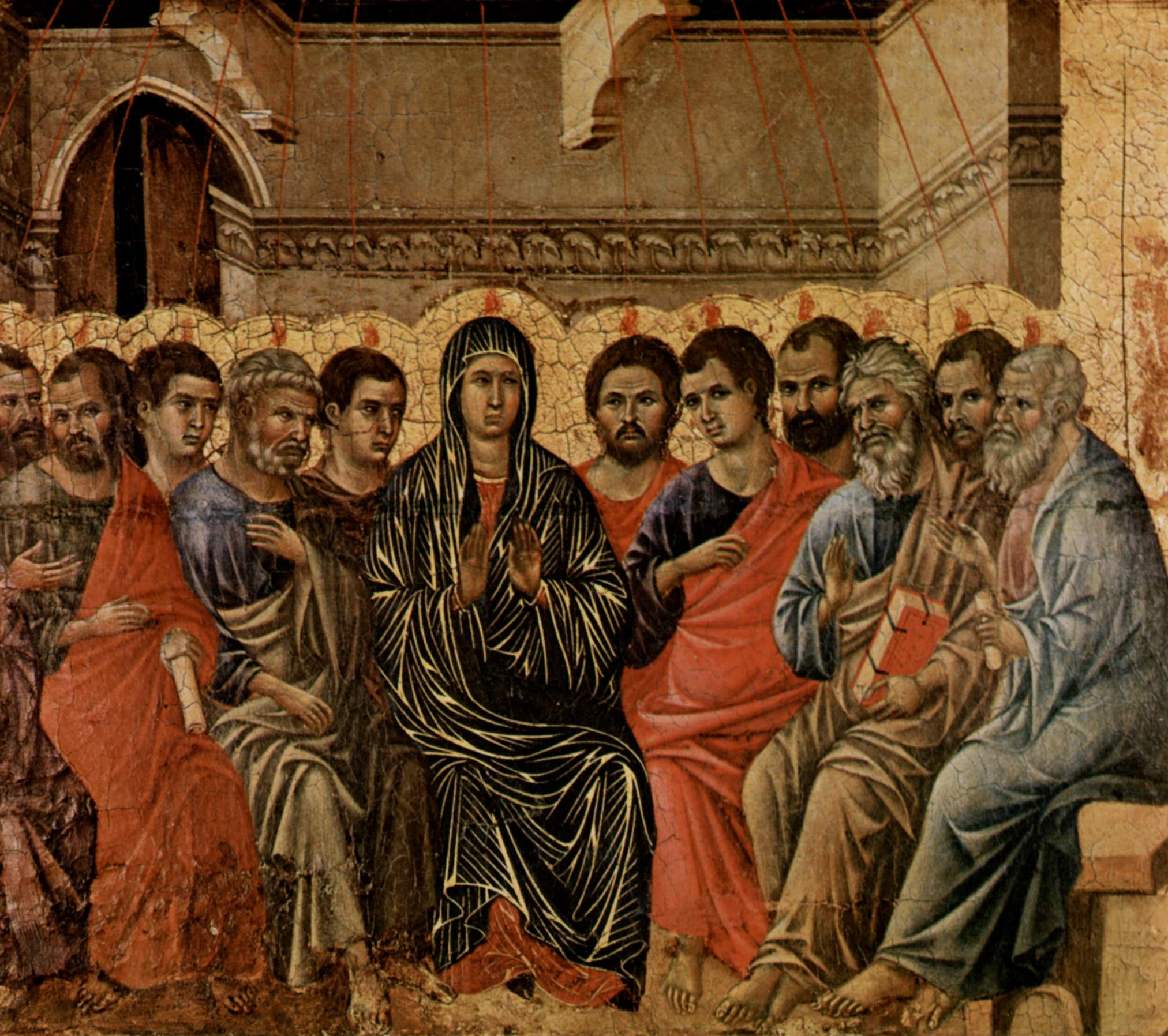 Mahler's Symphony no 8 is a strange beast, a hybrid  that defies conventional form.  The first part used a medieval Latin hymn attributed to  Rabanus, Archbishop of Mainz (c780-856) which describes how Jesus's disciples wondered what would happen to them since Jesus had gone on ahead.  In the Acts of the Apostles, the Holy Spirit descended from heaven upon them in the form of holy flames, inspiring them to go forth into the world, spreading the Gospels.

The Pentecost is thus a metaphor for divine inspiration and, by extension, the mission embraced by a truly original, creative artist.  "Veni, Creator spiritus" connects the spirit of creation with the Spirit of the Creator.   Thus "Accende lumen sensibus", the concept of light, rising upwards linking to heaven, illuminating those it touches, cleansing them of ego, selfishness and petty concerns.  Truly original creativity, like meditative prayer, comes when the pollution of toxic detritus is expunged.  Goethe's anchorites live in humble isolation, communing only with  God.  Their art isn't Triumph of the Will bluster. Some would die like Jesus did.  Goethe also alludes to the Eternal Feminine, and by implication the connection between women and redemption. It's highly significant that, at the Pentecost, the Virgin Mary and other female disciples were present.  The two parts of Mahler's Eighth connect on very deep levels indeed.  So the silence between the two parts of the symphony serves a powerful purpose, marking spiritual transformation. Ideally, listeners should sit and reflect, not rush out to the bar, serving Mammon not the soul, mindlessly chattering not looking inwards.