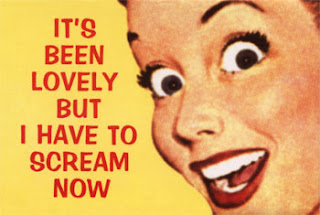 ".....incessant loud booing in theatres, appears to be a sign of changing times. It’s not so much that everyone is a critic, rather that everyone is such a bad, incompetent critic, the kind of critic who is too impatient and lazy to fashion a proper critique so resorts to boorish disruption instead.
I would have thought that, if you don’t like a play, you’d quietly leave, maybe ask for your money back, and fair enough. However, now there seems to be a new breed of uber-consumers who “know their rights” and (here’s a crucial shift) won’t sit passively as mere audience members but rather demand “equal billing” just for their reactions. In short, it’s the era of the self-sanctified right to reply as an instant dominant force that cannot be silenced or pacified."

Precisely. Booing isn't about art. It's about suppressing opinion, denying everyone else the right to think for themselves. It betrays the very fundamentals of creative art. And of society for that matter. Booing is bullying, an obsession with suppressing others to promote oneself.   It's the Triumph of the Will. It's born of fear. Groups like ISIS and the Westboro Baptist Church etc.need to impose their will because they're not really strong in themselves. Demagoguery is self-fulfilling bluff, toddler tantrum in disguise.
at March 13, 2016