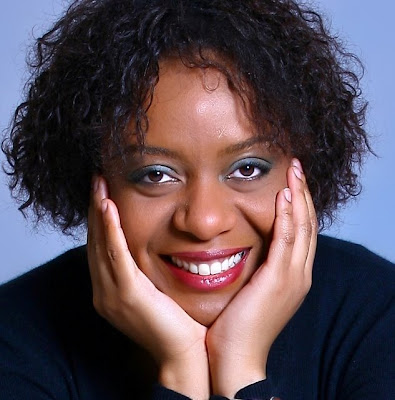 This was the Prom everyone will kick themselves for missing because it was way out in Sloane Square in the middle of the day. Messiaen's Harawi is very rarely heard because it demands technical virtuosity beyond the norm. More than in most vocal work, the voice becomes an instrument : yet even when the singer is singing made-up words or Peruvian, she has to convey several different levels of meaning, musically and emotionally. Gweneth-Ann Jeffers is still young by singer standards and this is not a cycle for the faint hearted. Full marks for ambition ! And she pulls it off. was spectacular. Her singing ranged from barely audible whispers, when describing the sleeping village and the transition to "colombe verte", symbol of erotic love. Then the explosive cosmic tourbillon of song 6 with its manic outbursts and the esctasy when the lovers become transfigured with the stars. Then the very complex rhythmic patterns and sudden changes of direction. Listen and you'll hear what "Doundou Tchil" is. This is a difficult piece because its deliberately elusive and emotionally contradictory. One of the lovers suggests decapitation (what an idea for a date) which implies it's more than a private love pact, and of course the incantation and chanting. The lines are formidably long and the singer has to judge her resources with extreme precision. Also the relationship between piano, voice and silence is intriguing.

There aren't many recordings : Dorothy Dorow/Carl-Axel Dominique is a safe bet. Jane Manning, the British Harawi doyenne, literally "wrote the book" with her detailed and perceptive commentary sadly now out of print. Her recording was made with such emphasis on the piano that she sounds way too distant but she knows what she's doing. So, listen to Gweneth Ann Jeffers and Simon Lepper on the repeat broadcasts. They could be the definitive champions of this work in our time.
at August 14, 2008

I am still mystified about what it all means, but this performance gave me some leads.

Thank you so much ! There is so much in this piece, it's so unusual. No compromises to performers with "predictable" legatos or anything, they have to be utterly alert every moment, listening to each other intensely, more so than in regular Lieder, even, and they have to "forget" ingrained assumptions of how the music should flow. Exotic it may be, but it's sharp.