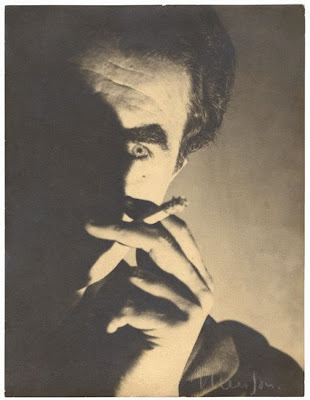 I just had a message from someone (not Mark) saying "Just up on Mark's blog Boulezian is a WONDER
FUL review of last night's fantastic Prom". Read it even if you don't care about the composers. This is what music writing can be like. Pass it on !

Whoever devised this Prom should get a medal, too, as it was a masterpiece of intelligent programming. The very idea of electronic music terrifies most people, but it's really no more than using new means to expand the palette of possibilities in sound. Varèse was a fascinating visionary who imagined things beyond the technology of his time. He wrote for ondes martenot 17 years before Messiaen did, and used "found sound" like sirens. Boulez was his first big champion. Five years after Varèse's death, Boulez created IRCAM, giving composers the means to take music into an altogether new dimension. Indeed, IRCAM musicians are creating things that expand the very concept of music as multi-dimensional sound in space. Varèse was a rough-hewn John the Baptist heralding what was to come. Déserts and Poème eléctronique are well known enough I don't need to describe them. Read Mark's review and listen to the BBC broadcast of this Prom. The editorial filler is extremely well informed and accessible. There are little odds and ends I'd tweak but it's a wonderful introduction. Listen and understand how electro-acoustic music can be a natural evolution, opening new horizons. In fact, tape it "for study purposes" as there is a lot to take on board on one hearing.

The broadcast was almost compensation for not being there live. I didn't go because I didn't like Jonathan Harvey's Body Mandala, an earlier part of the series to which the new piece, Speakings, belongs. This proves why it's not smart to dismiss what's strange and new. I will have to listen again and buy the recording ! Speakings is beautiful, ethereal. It's a good introduction to this kind of music because it's about "how" speech evolves, what communication is, why music "happens". Lots of tentative questing sounds, reaching out into space and silence. I suspect this sense of sound physically searching out through the auditorium would have been quite palpable in live performance. When the sounds connect, there's a spark, like electricity, and gradually the connections build up. There's another unexpected connection, to Elliott Carter's Caténaires, heard on the First Night, also about reaching out and finding links. Speakings is based on baby noises, the way babies learn to speak. Electro-acoustic music, or whatever you call it, is a whole new language we haven't yet come to terms with.

This isn't"difficult" either. Technology is used in the service of creating something expressive, not for its own sake. Mortuos plango, vivos voco is an earlier Harvey piece where his son's singing voice mixes with the tolling of bells in a cathedral. The Latin inscription refers to the bell mourning the dead while calling the living to prayer - past and present together. Hearing this with Messiaen's final, unfinished quartet and Tombeau de Messiaen, Harvey's early homage to his teacher, makes further connections, such as to Messiaen's ideas of time existing on many levels. In fact, listening to Messiaen's unfinished Concert á quatre on the BBC's listen again facility was a good idea because, having heard Harvey's open-ended, non-static music, it didn't matter so much that Messiaen never completed it. Instead, it hovers, tantalising us with what might have been. The old man was right. You're not dead just because your body packs in. Nor is Varèse. His spirit lives on in IRCAM.