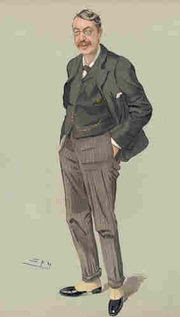 Overture for an occasion is the title of the Howard Ferguson piece starting this Prom. What occasion ? Cleaning the car on Saturday ? Having a Big Mac ? In this case it's Ferguson's understated irony as the occasion was the Queen's coronation in 1953. Yet Ferguson uses a bland generic term which might apply to anything, even something deadly boring. Ferguson stopped composing at the age of 50, though he lived to be 91, because he felt he had "nothing more to say" musically. For honesty, candour and self knowledge the man should be well honoured ! And also for that equivocal title. Ferguson is an interesting man who had many talents. He was a pal of Gerald Finzi and there's a volume of their correspondence. They were close for years but Finzi didn't tell Ferguson he had cancer and Ferguson didn't tell Finzi he was gay. There's a recent reissue of a recording of Finzi songs where Ferguson is playing piano. He understands the music better than the singer did. Overture for an occasion is pretty good for what it sets out to be -- if deadpan and reticent is what Ferguson wanted. Very British understatement. And he had the taste to realize where his real talents lay.

In complete contrast was Charles Villiers Stanford, whose picture is above. Stanford utterly dominated British music in his lifetime. He taught everyone, but what did he teach ? Arch-conservatism and rigidity ? He demanded, and got, obeisance because he held a powerful position. So RVW praised him but only really "broke out" when he went to France and worked with Ravel. Stanford and Ravel - what a contrast ! Suddenly RVW finds his own voice, and beautifully. On Wenlock Edge is light years ahead of The House of Life though there's only 5 years between them.

Here we heard Stanford's Piano Concerto No 2, a stolid bit of pastiche, however lovingly played. "Music for Airports", as Brian Eno might say. For a moment I longed for Stanford's Songs of the Sea. This is Victorian melodrama, ultra High Camp to perfection ! Except that Stanford didn't do irony. He also wrote sentimental "Irish peasant"pieces though Ireland for him was an exercise in the imagination. Perhaps it's no different from lots of late 19th century "folk" nationalism. But Smetana and Dvorak showed that quaint doesn't have to be kitsch.
at August 08, 2008