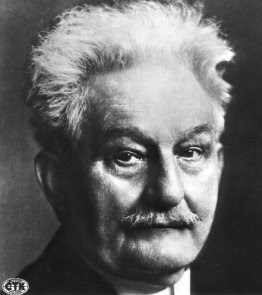 Contrary to popular assumption, Janáček wasn’t “folkloric” per se, much as he loved his Moravian heritage. Boulez’s perceptive approach shows how inventive and original Janáček’s music can be.

After the revelatory From The House of the Dead in 2007, it will come as no surprise that Boulez has very special insights, which grow from studying what the composer actually wrote, rather than following received wisdom. No artist with integrity can copy, and what there is of tradition in Janáček is of very recent vintage. Boulez’s ideas are shaped by the music itself, in particular the creative explosion of Janáček’s final decade. Significantly, Boulez came to Janáček through reading the score of The Diary of One Who Disappeared, arguably the beginning of that surge of inspiration. The Diary is an extraordinary work. It blends magic, lyricism and explicit sexual menace, complete with otherworldly off stage voices. Like the tenor, Janáček was embarking into the unknown.

With its confident opening fanfare, the Sinfonietta is dramatic. In the Royal Albert Hall it was visually stunning, for the 13 brass players stood up in a row : trumpets and horns catching the light, glowing like gold. Yet what was striking about this performance was how subtly it was achieved. Noise alone doesn’t mean passion. Janáček played down extremes of volume for a reason. This brass was bright and lucid, not brutalist, leading naturally into sweeping “open spaces” heralded by the winds. This piece was written for athletes celebrating the birth of the new Republic, so this clean vernal playing beautifully captured the spirit of optimism. Boulez understood context. The sassy, punchy turns were there like echoes of a military band en fête. Not violent, but impudent and full of joy.

This combined well, with Capriccio, written for a left handed pianist and small ensemble. It’s as playful, lithe as a cat. The mock heroic passages in the second part, and the deadpan downbeat figures throughout were played with warmth: Boulez’s dry humour proved that there’s more to fun in music than belly laughs. Capriccio isn’t heard too often. Perhaps we need to reassess Janáček’s wit.

The Proms come into their own with spectaculars like the Glagolitic Mass, with over 200 choristers, a huge orchestra, 4 soloists, and organ. The Royal Albert Hall organ has 9999 pipes, 147 stops and a height of 32 feet. It’s the second biggest in the world. Janáček was himself an organist and would have been thrilled. In a small Moravian church, this Mass would have been claustrophobic, but Janáček, an atheist who knew all about playing in churches, said his cathedral was “the enormous grandeur of mountains beyond which stretched the open sky…the scent of moist forests my incense”. Parallels with Boulez’s teacher Olivier Messiaen are obvious.

Again, Boulez brings insight. With forces like these, any performance is monumental, hence the temptation is to let sheer scale dominate. Instead Boulez maintains clarity, so the complex textures remain bright and clean. Orchestral details count, despite the magnitude of the setting. The four soloists could easily be heard above the tumult, and the massed voices of the choirs were not muddied. In any Mass, there’s a tendency to focus on lush excess : after all the “story” is pretty big. But as Boulez, himself an unbeliever, said before the Prom, the composer chose to set the words in ancient Slavonic which few people understood. This creates a sense of distance, allowing the listeners some freedom of imagination. Of course words like “Gospodi” and “Amin” have obvious meaning, but the words are signposts. The action is in the music and how we listen. Janáček is also creating a temporal distance, as if the piece was a throwback to ancient times and ancient communities that had ceased to exist even in his time.

The version used in this Prom was an edition by Paul Wingfield based on the original score, wilder than the more refined edition we’re used to. Boulez responded to this well, sculpting angular blocks of sound, respecting the jagged, wayward rhythms. This was echt Janáček, that old curmudgeon ! The movement for solo organ seemed almost sedate in comparison, but this being the mighty Willis, there was no way it sounded tame.