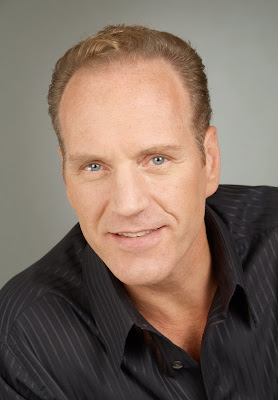 A timely interview with Kurt Streit in Opera Today. Go read it there (always interesting things and download streaming). But it's hot news so here's a peek:

"Kurt Streit is singing Bajazet in all performances of Handel’s Tamerlano at the Royal Opera House, London. Placido Domingo, who was to have sung five of the seven performances, pulled out suddenly due to illness. Since this will be Streit’s debut in this role, it's daunting. He's ending a run as The Marquis in Prokofiev’s The Gambler this week and starting Tamerlano next week, so he's singing two major roles in two productions, back to back.

Streit's facing quite a challenge. Barely an hour before the premiere of The Gambler, I asked him if he was bothered by first night nerves. “It all has to do with how well rehearsed the production is”, he said. Although he wasn’t scheduled to sing Bajazet until mid-March, Streit is experienced and professional. He’s jumped into roles at short notice before, though taking on such a big, new role in such unexpected circumstances is quite a feat.

“Rehearsals are critical”, says Streit. “Long ago”, he adds, “I used to have fun in rehearsals, and get serious for performances, but I realized that there was a better way. Instead, I decided to think of rehearsals as seriously as performance, so there was a more consistent build-up towards creating the character. Nowadays, I’m always singing right from the start. I don't mark anymore. The voice and bodywork grow from the music straight from the beginning.”

“When it's all worked out in rehearsal, the voice is where it wants to be. So much has gone into building the character that the role comes naturally. These days, my mantra is that there’s no real difference between rehearsals and performance, they flow together”.

Streit has sung many Handel roles but this is his first Bajazet. How does he find his way? “I work with the nuts and bolts, reading the score and libretto carefully. I try to figure out the “arrows”, finding directions to motives and actions. Who wants what, from whom and why?What’s the character projecting to the public, and what’s his private image? What makes the role distinct?”.

“Bajazetcomes from a long line of kings. He’s so aristocratic that he has trouble with the idea that he’s been defeated by Tamerlano who once was a nomadic shepherd. He’s so stubborn that he can’t adapt. Unlike most characters, he doesn’t have an arc, he doesn’t develop. So all he can think of is death.”

“Tamerlano is the villain in Bajazet’s eyes, but at least Tamerlano has the ability to change the way he thinks. Bajazet assumes he thinks for everyone else. “I speak for my daughter”, he says, expecting her to take poison.”

When Streit sang the Marquis in The Gambler, he was able to make a fundamentally unsympathetic role seem almost human. Gamblers were, in Prokofiev’s account, shallow. But shallowness doesn’t make great music, which is why that opera came to life orchestrally only in the final act. Streit had to expand the character by his acting, since Prokofiev’s spare, experimental score didn’t give much to work with. “The Marquis is trying to hide his feelings”, says Streit. “I had to find those physical things that gave him away inspite of himself.”

For Streit, opera is drama, and acting is part of a singer’s job. He likes “thinking roles” like Aschenbach in Death in Venice, or even Emilio in Partenope (which he sang in Vienna last year). One critic said, “If only there were Oscars for the art of acting in opera”, a sentiment understood by those who appreciate singers like Streit and John Tomlinson whose acting methods impressed him so much while they were working on The Gambler.

Tamerlano will be directed for the Royal Opera House by Graham Vick. “It’s good when directors reach out to singers and work together to reach deeper levels in a piece”, says Streit. He’s worked with directors like Christof Loy and Claus Guth, who “don’t treat singers like puppets on strings”. Even concert performances of opera work best when the singers have previous experience from full stagings. “We remember what we’ve learned from good directors.”

Striet is creating his first Bazajet in unusual circumstances. His approach will, naturally, be very different from Placido Domingo's, because they come from different backgrounds. The memory of Domingo's Bajazet (from past performances and the DVD) will stay in the minds of many in the audience. Even today, audiences attuned to late 19th century grand opera need to adjust to a true baroque aesthetic. Streit made his name in baroque and in Mozart, so he'll have something different to bring to the role. Given the unexpected circumstances in which he's taken on the part, he deserves respect."
at February 23, 2010