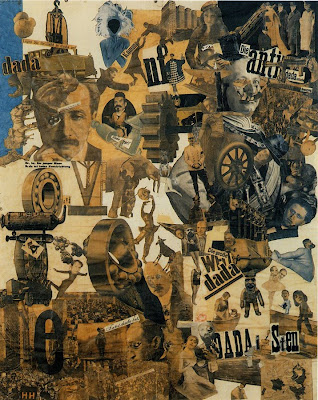 The mark of a good conference is the amount of new ideas it generates. The Vienna to Weimar study at Kings Place on Saturday 30/1 should keep anyone interested in the period busy for ages.

As Prof Erik Levi said in his opening speech, the period was marked by many new directions and possibilities. Just as society was adjusting to change, so did music. Douglas Jarman spoke about the new mood in Vienna at the turn of the last century. He elucidated the relationship between Schoenberg and Eisler. Peter Franklin focused on three depictions of Paradise in opera of the period: Korngold's Das Wunder der Heliane , Pfitzner's Das Herz and Schreker's Der Schmeid von Gent. Racism is nuts because it pigeonholes composers by their origins, not their music. Then, Gudo Heldt showed clips from various films (including Kuhle Wampe) to illustrate different ways of writing music for film. Watch the bicycle symphony in part 1, where the men stand still in expectation while the music whizzes madly. Once they start off: silence. The music's not background but commentary.

What are the directions I'm thinking in terms of ? For one, the role of Munich, whose Secession movement started five years before Vienna. Indeed the very term Jugendstil derives from the radical Munich magazine Jugend. (as does the word kitsch!) More artists, designers radical social politics and writers in Munich but that's where the aesthetic developed. And remember there were almost as many articles about music in the journal of the Blaue Reiter movement as about painting. And of course Schoenberg was heavily involved. Lots of reasons why Vienna captures the public imagination but it wasn't the full story.

Over Xmas I spent ages listening to K A Hartmann's Simplicissmus. See analysis HERE. Hartmann sends up Nazism while ostensibly writing "medieval" music that should have appealed to retrogressive tastes. Subversive! This puts Carmina Burana into a different context: the jury's still not completely out on Carl Orff. And the idea of Hollywood arising from Weimar. Franz Waxman, for example who conducted The Blue Angel and went on to write the music for The Bride of Frankenstein. (1935). He was both jazz and classical: blending genres and stereotypes long before Korngold, Eisler and the post Anschluss emigration. See "David Weber". And then: the whole effect of American and Anglo culture. Brecht and his "international" names, exotic themes injected into Germanic culture. Even the hero of The Testament of Dr Mabuse bears the incongruous name of "Tom Kent". (I'll upload the movie soon as it's the best of the Lang Mabuse triology)

The photo shows Hannah Hoch's 1919 collage Cut with the Dada Kitchen knife, the Weimar Photomontage. Hoch, who was an all-round remarkable character. really unusual personality, disrupts the idea of"formal" painting. She's using the idea of disconnected images to create a new whole. Think musique concrète, think Varèse. To understand the future of classical music, it's essential to properly understand the past. And that won't happen if the 20th century is ignored. PLease see my other posts about Vienna-Wrimar, including a way of recreating the song recital for yourself, a comparison of Weimar and Chinese films and a detailed review of Hartmann's Simplicius Simplicissimus. PLus lots and lots of related topics -- use search facility.
at February 01, 2010