Second to Last Night of the Proms - Hiroshima and Beethoven 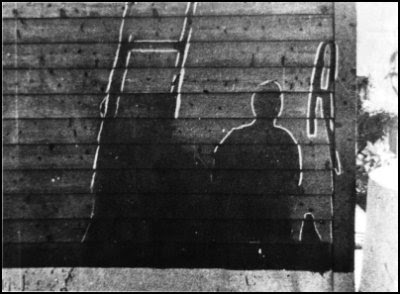 The Last Night of the Proms is notorious because it’s an excuse for jingoistic excess. Wear a silly hat, wave a flag and maybe the cameras will spot you. Then Mom will see you on TV 10,000 miles away. The Second-to-Last Night, though, is the “real” Last Night for music lovers and it’s traditionally observed with Beethoven’s Ninth Symphony.

Justly so, for there is no music more symbolic of the Proms ethos than this wonderful symphony. “Alle Menschen werden Brüder !” All men shall be brothers. No wonder it’s the theme song of the European Union. In these troubled times, Schiller’s message is even more relevant. Since this Prom is broadcast worldwide and available online, it will reach wherever technology permits – a universal experience that crosses boundaries, bringing people together for a moment of coimmunal celebration.

A pity then that the performance was so lacklustre. If ever there was an opportunity to let a performance rip open with exhilaration this would have been it ! The City of are so well versed they managed to create a frisson, but the BBC Philharmonic Orchestra, under their chief conductor Gianandrea Noseda, were rather laboured and sedate. The pressure of being so high profile must be intimidating, but this music is so vivid that it hardly matters whether it’s note perfect, as long as it conveys the sense of joyous enthusiasm. One of the most interesting performances I’ve heard was by the West-Eastern Divan Orchestra, some of whom are as young as ten years old. Technically they weren’t brilliant, but they understood the radical message of Schiller’s text and why Beethoven set it with such affirmation.

The baritone, Iain Paterson, was impressive, which was good, for his part dominates the other soloists despite the aesthetic that shapes the ensemble. His voice filled the stadium-like acoustic of the Royal Albert Hall with ease. Still, the Choral Symphony never fails to pack a punch and the atmosphere was so charged with a sense of occasion that when the capacity audience of 7500 people roared approval, it was quite an experience.

Wagner’s Prelude from Parsifal can create an aura, like dawn, before a large programme, but here it was too studied to create any sense of anticipation. This might be fatal in an opera performance, but at this Prom, it was followed by two relative rarities, Penderecki’s Threnody for the Victims of Hiroshima, segued without a break into Beethoven’s Elegischer Gesang. Yet again, it was the music that made an impact, rather than the way it was realised. Noseda’s right and left hands rarely diverge, favouring slow, imprecise gestures that emphasise the stretch of lines rather than the structure. This worked rather well with the Penderecki piece with its prolonged low humming and circular “wind” themes, sounds that are eerie because they are mechanical and unrelenting. If the horror in the piece was lost, merging it with Beethoven’s lament “Sanft wie du lebtest hast du vollendet.” gave a rationale to the muted treatment. But surely no-one can possibly suggest that being blown up at was “a gentle ending” ?

Thanks for you note about the Ninth at the Proms. I hope you don't mind that I point you in the direction of a film I'm doing on Beethoven's final symphony, www.followingtheninth.com There is some footage from Japan, where the Ninth, as you know, is quite the phenomena in December of each year, performed hundreds of times, often with choral ensembles with ten thousand people.