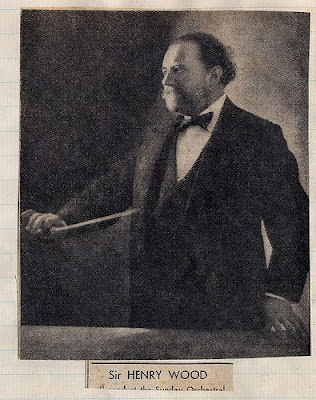 The Proms are alive and well, but post
mortem is a better term than "de-
briefing" or whatever the buzz word may be. This has been an excellent season, much better than expected. Hooray for Roger Wright – if the next ten years are like this the ghosts of the past will be well buried. No institution survives without growth. The key to growth in classical music, and in the Proms, isn't broadening out and dumbing down, I think, but raising the bar. Listeners who genuinely like music are open-minded enough to listen intelligently. People do continue listening before and after a Prom and gradually expand what they know. Hence total immersion in Messiaen and RVW might have been a lot to take in, but for some it was a good and thorough introduction to be followed up in more detail later. Though the message of St Francis of Assisi to "be humble, listen !" will never work for some ! Hence things like Bach Day and Stockhausen Day worked so well because they assumed a certain degree of dedication from audiences.

What are Proms audiences ? They are amazingly diverse. The point I think is to target sub-groups rather than aim for bland one size fits all. Last year the Michael Ball Prom drew masses of new listeners but they went to other concerts expecting more of the same, and of course they were disappointed as they thought they knew everything. Same with the Gergiev Mahler series at the Barbican, many who went to those came away thinking that's how Mahler "must"be like. So seats may sell, but in the long term will they benefit real musical appreciation ? I don't care if it's elitist, but music isn't a spectator sport to me, it involves something more than passive thrills. Think back to Sir Henry Wood and all those high-minded Victorians (Like Prince Albert) who believed that to be fully human one had to be civilized, and that learning and culture were part of the process. They might have hated Stockhausen but they would probably know why the BBC featured his work so prominently. Instead we seem to live now in times where a blind troll mentality prevails . Kulcha! not culture. Down with what takes thought.

And where are Proms audiences? Lots of people hated the Lang Lang concert, some because they don't like his music, some because he is successful, famous and Chinese. Yes, racism does exist, even if it's covert. So he had a small boy play with him. Again, the critics couldn't understand. But somewhere, in outer Mongolia, or in deepest Manchuria, maybe there's some small kid watching the Proms on TV and thinking "I could do that!" Or even, "I love that music !". In London we can hear any big name pianist any time, but for people way out in the middle of nowhere Lang Lang represents an elusive dream. Of course not all the kids in China will become virtuosi, but they will grow up knowing things like classical music exist and that they are cool, acceptable activities no one will sneer at you for pursuing. In 30 years' time that's where the really astute audiences will be. Thank goodness that there are countries where kids look up to people playing Chopin rather than to drunken footballers abusing women.

The Proms do have the capacity to change the way we listen. Belohlavek's and Boulez's Janacek, for example ! And the idea that we have the stamina to take long concerts with extras after. I also appreciated the Prom's refusal to cave in to insularity – some people may have objected to hearing L'Histoire du Soldat in French but that's their problem, not ours.

New music has always been a Proms tradition, and this season we may/may not have had more, but it was much better presented, backed up often by talks etc, some of which were good, others less so, but at least they were there to help. Some premieres were of course better than others - my favourites Pintscher, Lindberg, Carter, Harvey and even Holt. Things may take time to percolate but they need to be heard in the first place. The point is that really important stuff, like Carter and Boulez, can reward high profile given the chance. And this year new music was taken seriously, backed by talks etc. rather than feared. Henry Wood and co. always supported new music - without them, Elgar, and many others, might not be as prominent as they are today. What the BBC does year round for music in this country is remarkable : it is an industry in itself, supporting composers, musicians, music schools, students and all those involved in music as a living art form.

To my main disappointment: It is important to include popular as well as good quality, but I wonder if we're going too far with Dudamel. His first concert with a grown-up orchestra was awful. I thought at first he was moderating his style to counter criticism but anyone who can make Symphonie fantastique that dull has a problem. I missed the encore, nationalism and flag waving, which was just as well, since that's exactly why I have problems with him . All style, no substance. He's the Sarah Palin of classical music. It's not his inexperience that's worrying but the sort of mob mentality that's propelled him to the top. For years he raised no waves, then suddenly everyone was caught up in a tsunami of euphoria connected in no small way to the emotive connotation of El Sistema and his youth orchestra. In front of a grown-up band, he's nothing. The "Dudamel effect" was created by youtube, downloads and gossip on the internet, not through actual, systematic listening. Often people who don't even know the music "know"! his is the only way to play it. The fervour is like that in a Party Rally – dissent and doubt not permitted. Forget the issues ! Feel the fever ! This in the long term is far scarier than just his conducting. But he'll do well and will establish himself in LA as the new Messiah. At least that's "just" music not international politics.