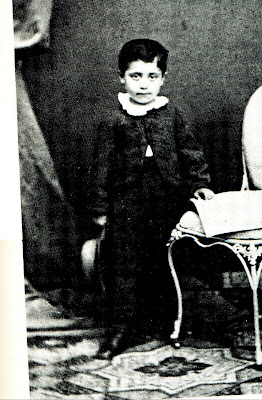 
Two days before, Bernard Haitink’s Mahler 6th with the Chicago Symphony had drawn a capacity crowd. In contrast, this Prom was woefully under-attended. Yet it was by far the superior performance, appealing not to celebrity followers but to those interested in the music.

Mahler’s 1st Symphony may be familiar but it reveals a great deal about how well a conductor really understands the composer. Eschenbach hears the symphony in the context of Mahler’s entire output, from the very early songs through to the later symphonies. This is perceptive, for some have even suggested that the composer's whole oeuvre is one huge symphony in different stages. This performance thus presumes more engagement from listeners than does the current fashion for loud and bombastic. But a conductor with integrity goes for insight, not short-term popularity. This performance was rewarding because it shed light on where Mahler was coming from and where he was heading.

The songs of Lieder eines fahrenden Gesellen weave through the symphony for a reason, not merely as decoration. While there’s no need to remember the words exactly, it’s important to remember their spirit – youth, nature, disappointment and ultimately resolution – themes that recur repeatedly throughout Mahler’s work. It's significant that Mahler specified that the trumpets in the introduction should be from a distance. The songs and marches in this symphony aren’t happening in realtime but are filtered through memory, heard from afar, carrying connotations that go beyond literal representation. Thus Eschenbach doesn’t do the marches with brass band brutality. These aren’t “military” marches but memories of marches Mahler heard in childhood, symbolizing many things, like innocence, nostalgia, loss. Hence the Bruder Martin melody. Eschenbach eschews the temptation to play them up for garish impact but makes a more subtle connection to the world of Des Knaben Wunderhorn. Thus the menacing storm of the final movement isn’t just an episode, but a kind of psychological working through, as being a teenager prepares a person for adulthood. Mahler’s protagonist is moving on, heading out into the world.

Of all Mahler’s symphonies, the First is perhaps the only one that can survive an arrogant, noisy interpretation, because adolescence involves being full of oneself ! But Eschenbach showed clearly how the symphony is far from one-dimensional.