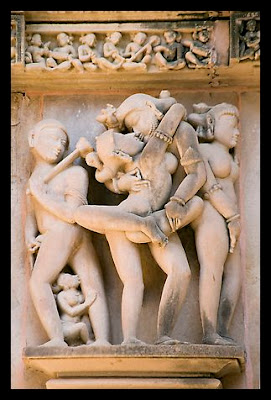 Log onto boulezian. blogspot thru the link at right. It's Mark's review of Prom 64, Simon Rattle conducting the Berlin Philharmonic in Wagner and Messiaen. It's one of the best pieces of music writing I've come across in ages. This is what music writing should be! This performance was wonderful - get out your tape machines for posterity's sake.

Because Turangâlìla is such a panorama, taking in , Hindus and Peruvians, Wagner and Gurrelieder, it’s easy to assume it’s all surface Technicolor. At its première a critic heard only “a tune for Dorothy Lamour in a sarong, a dance for Hindu hillbillies”. At this Prom, Simon Rattle and the Berlin Philharmonic proved conclusively how inventive it really is.

Rattle paired the Prelude from Tristan und Isolde with the Liebestod. Often that’s a risk as it can leave you longing for the singing, but Rattle had thought the two parts through in orchestral terms. He makes a case for hearing the opera as "music", on its own terms. Here, the surging waves of sound "are" the message, not background. He shows how fundamental the flute part is, weaving throughout, commenting without words. The transition was particularly well blended, one part fading gradually into the next, like a fade in film gradually coming back into full color focus. It is cinematic – how Wagner might have loved the movies !

Wagner is an appropriate curtain raiser for Messiaen's Turangâlìla. As a young boy, Messiaen studied Pelléas et Mélisande, and also inherited the long-standing French fascination for the exotic and "oriental" – think Pierre Loti, Ravel, Maurice Delage and the Impressionists studying Japanese painting. Wagner was by no means the dominant influence on Messiaen, but his oceans swells and undercurrents live on in Turângalìla, as Rattle so clearly demonstrated, stretching the string lines with soaring, surging magnificence. Messiaen's "trajectory", to use a favorite Boulez expression, comes not from conventional symphonic development but from thematic ideas, so this oceanic surge is important.

For the first time, I really understood the sixth section, Le Jardin du sommeil d'amour. It's slow, almost a relief after the hectic, inventive fifth section, and has its longueurs. But maybe that's what Messiaen was getting at. The lovers are together when they're asleep, in dreams, when the moon pulls the tides that create the waves in the ocean. It's not as spectacular as the glorious Joie du Sang des étoiles, but as with so much Messiaen. he's at his most profound when he’s quiet.

The Tristan und Isolde concept had even more personal meaning for Messiaen. He had fallen in love with Yvonne Loriod, but he was married, and, as devout Catholics, they could not marry until released by his wife’s death. He "was" Tristan and she Isolde, and Turângalìla is their mystical union. Hence the significance of the “paganism” in Turângalìla. Messiaen was fascinated by non-western music, adopting ideas such as the Indian deçi-tâla rhythms which feature in this piece. Anyone who’s seen Hindu erotic sculptures can appreciate the concept of sex as a form of spiritual enhancement, that breaks past the restraint of western moral convention. So Turângalìla isn’t meant to be polite “Good Taste”. Those sassy brass passages and almost Gershwin-like punchiness are essential keys to the spirit of the work. The famous "statue" theme on brass and clarinet "Flower" themes are "male" and "female". No wonder Rattle placed such emphasis on how they intertwine, flirting with each other, so to speak. Pierre-Laurent Aimard's piano and Tristan Murail's ondes Martenot form a second pair of relationships within the whole, connecting to percussion and winds, picked up by harp and strings. Aimard's long solo passages are the unspoken "heart", rather like the flute in Tristan und Isolde.

The Berlin Philharmonic played with extraordinarily beautiful, transparent textures – how the brass fanfares shone ! This orchestra can be relied upon for superlative orchestral colour, so what was even more impressive was how the Berliners took to Messiaen, whose music is so very different to their mainstream core repertoire. Somehow Rattle inspired them so they played with free-spirited exuberance, capturing the exhilarating intoxication so crucial to this composer’s idiom. The “bad taste” of Turângalìla may shock, but it’s the exaltation of spirit that connects mortals to the divine.

Turângalìla was commissioned by Serge Koussevitsky and premiered by his protégé Leonard Bernstein who hated the piece and refused ever to conduct it again. Perhaps it’s fortunate as he probably didn’t understand its internal architecture. and Salonen have a firm grasp of the energetic muscularity that animates the piece, but Rattle and the Berlin Philharmonic exceeded all expectations, marrying technical perfection to electrifying verve. This performance truly expressed how original and radical Messiaen really can be.