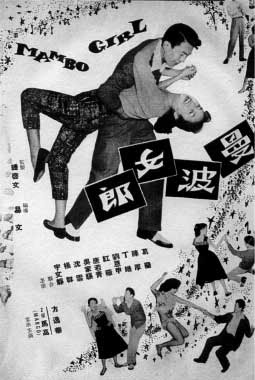 Grace Chang (Ge Lan) is an icon of 1950's Chinese movies. She's wonderful, a truly "modern" liberated girl, who dances the cha cha and calypso. The clip below is her take on Bizet's Carmen. It comes from a movie called Wild, Wild Rose where she plays a nightclub singer with brains. So she sings Bizet in Mandarin, dressed in Spanish cape and fedora. The nightclub patrons love it and even the fokis (staff). If ROH wants to know how to snare a hip crowd they should watch the video embedded in the link below (scroll down partway). Grace was a character, charismatic, totally original, but like nearly all the stars of 30's to 60's Chinese cinema, died tragically young. For a short while her movies were available on DVD other than Region 3. Now you have to pray for a retrospective season or watch clips like this :