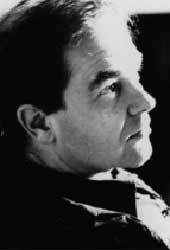 Why do I like Oxford Lieder so much? It's always in with things ahead of the main pack. Follow Oxford to hear what London will get round to hearing lots later. This applies to singers as well as repertoire. And what a beautiful city – only an hour from town but a different world. Come all ye cityfolk ! (Lisa Milne and Mark Stone on Saturday)

Next week London gets the premiere of Michael Berkeley's latest opera For You at the Linbury, nearly sold out of course. With an Ian McEwan libretto it's hot. Last week, Oxford did Berkeley's rarely heard song cycle, Speaking Silences. In fact its very creation is thanks to Julius Drake, who thinks the cycle is the best written by any British composer in the last 25 years. And he should know, he hears them all and probably knows more about song cycles than most. This version is bespoke, written specially for Drake and soprano voice. The premiere was Alice Coote in 1995, but now we had Susan Bickley. Also fresh from her triumph as Kostelnicka in Wales last week !

Central to the Berkeley cycle is a ancient folk tune, Blow, Northern Wind. This gives Bickley delicious vowels to curve her voice around, but the piano part is even more impressive. Drake gets to play tricky, turbulent bell-like figures. Indeed the “ghost” of an orchestra is present. The vocal part opens out expansively, like a trumpet, lines rising and spreading at the top of the register. The piano part is endlessly inventive, rippling, boisterous, then quietly understated. It must be a joy to play. Often the voice soars with the most minimal accompaniment – single muted notes like punctuation. “Come to me in the silence of the night: Come in the speaking silence of a dream”, adapts Christina Rossetti’s mysterious poem. Then, like a wind instrument, the vocal line returns to rounded vowels, “Speak low, lean low, As long ago, my love, how long ago”.

As states in his programme notes, Speaking Silence focuses on “a desire for rest and oblivion” in contrast to his earlier cycle Songs of Awakening Love, written for Heather Harper in 1985. There’s a brief flurry of action in the lively Yeats setting, O hurry where by waters among the trees, making the quiet conclusion more profound. Père du doux rèpos, Sommeil pere du songe comes from an air by the 16th century French poet Pontus de Tyard. is stepping back in time, yet the feeling links to Rossetti. “Viens, Sommeil desiré” is a perfect foil for “Come in the speaking silence”. Then the windswept refrain returns and the music blows away as breezily as it came. Julius Drake isn't the only one impressed with this - so am I !