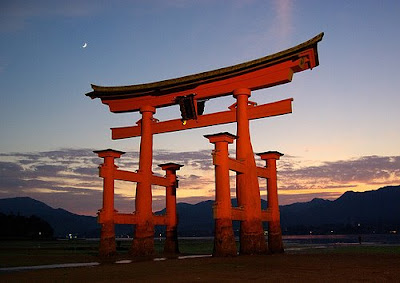 This centenary tribute to Oliver Messiaen began with the Ensemble Intercontemporain. On the very anniversary of the composer’s birth, they were joined by their founder, Pierre Boulez, and Pierre-Laurent Aimard, both long term Messiaen champions. Since so many others associated with Messiaen were in the audience it felt like a family celebration. Yet, even in this year of extremely good performances, this concert stood out as exceptional. Obviously, the performance was superb, but even more interesting was that it proved just how visionary Messiaen was and how powerful his influence was.

Couleurs de la cité céleste refers to the biblical prophecy in which a shining palace appears in the heavens after the apocalypse. It’s made of jewels and glows with light, a powerful symbol of the goal of all creation. Bear the image in mind, for it epitomizes everything Messiaen believed in. This performance blazed with Messiaen’s sharp, lucid colours, but even more significantly, Boulez showed the firm foundations of its glory. The piece is tightly constructed, its structure itself reaffirming the ideas behind the vision. Like Buddhist mandalas and Sanskrit wheels, the symmetry in this piece suggests eternity. Messiaen himself said “The work does not end, but turns upon itself …like the rose window of a cathedral”. Like a living organism, the music continues to grow, even after it seems to have ended. Anyone familiar with Boulez’s own work will appreciate the importance of this concept.

Even more revolutionary is Sept Haïkaï, another Boulez favourite. This time the image is “floating gate”, the torii at the Miyajima shrine in , which Messiaen visited in 1962. Ponder the image as it’s central to so much in this music and in Messiaen’s overall beliefs. The red arches stand alone in the sea, as if suspended between earth and sky. It is a gate, but to what ? That is the mystery of creation, as relevant to Messiaen as to Japanese spirituality. The arches stand amid a panoramic landscape. As the weather changes, as time changes, the surroundings change dramatically. It’s an almost miraculous metaphor for how Messiaen’s music works.

Even though it was written nearly 50 years ago, Sept Haïkaï is still a difficult work to penetrate. Those accustomed to thinking of Messiaen only in terms of birdsong, liturgy and colour have to “hear” in a completely different mode. Structurally it’s based on cells of instruments operating separately and simultaneously. Japanese gagaku music has been described as “a mosaic of melody, rhythm and harmony”, co-ordinated rather than fused, as in western music. Although the references are to Japanese music, the waving, pulsing rhythms derive from Indian talas. Conceptually, this is unusual, too. It’s not “wallpaper music”, but benefits from being listened to with a mix of rapt attention and liberating openness. Meditation as music ! Again, this is the essence of Messaien. The music comes to a sudden halt, but as with Couleurs de la cité céleste does it really end ?

Hearing Boulez’s Sur Incises in this context showed just how far reaching Messiaen’s ideas really are. Boulez’s masterpiece may sound nothing like Messiaen, but here is the same understanding of structure as a kind of exoskeleton, allowing profuse sound forms to flourish other than in conventional symphonic development. Boulez bases the piece on three “islands”, three pianos, three harps, three banks of percussion. Just as in Sept Haïkaï, the music grows on several different levels at the same time, intersecting, weaving rather than fusing, each individual element distinct.

Much has been made of the steel drums, for Boulez hears them as marimba writ large, drawing subtle sonorities from what is ostensibly a simple instrument. Pierre-Laurent Aimard ceded the piano part in Couleurs to Sébastien Vichard, pianist of the Ensemble Intercontemporain, a position Aimard was appointed to at the age of 19 by Boulez, for the cadenzas in this piece are so intricate they demand total concentration. Often those who don’t know Boulez assume he must be cold because he’s logical and precise. But Sur Incises reveals passionate intensity of quite another order. Like Messiaen, this is music as “living organism” growing and unfurling.