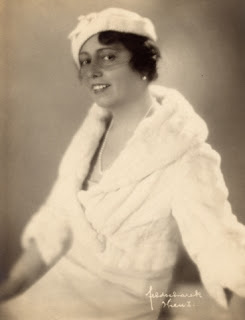 Some great value sets of "Icons" being rereleased in ultra cheap boxed sets. Useful reference libraries even if you have the originals or releases in past formats.

Elisabeth Schwarzkopf on a 10 CD set - now is the time to listen with John Steane's book on her recordings in hand.  An eye-opener, or rather ear-opener for those brought up inheriting clichés from past "singer wars". Singer wars are still with us, but they're such an infantile, delimiting way of listening.  Schwarzkopf was a true artist, who was probably harder on herself than anyone else (barring Walter Legge who was a tyrant).   But success attracts negative envy. Schwarzkopf  gets hate way out of proportion to who she was, and often it's viciously personal and misogynistic, rather than based on her real contributions to song. John Steane adored her, and he knew more about singers in her time than most. If she's good enough for him, she's worth respect.

Elisabeth Schumann on a 6CD set, for studio recordings in her time were rarer than they became later. Some of these are off radio broadcasts, and the sound quality is awful. But Schumann's voice is so silvery it's worth making the effort. Years ago I helped transcribe her private letters, which were charming even when she was just dashing off notes in a rush.

Hermann Prey, another 10 CD set which works out at less than £3 per disc. There have been several Prey collections, partly because  he recorded for Philips and they sold the rights on. Prey was eclipsed by the greater fame of Dietrich Fischer-Dieskau, though he's arguably better in opera. But Prey had warmth and personality in his voice, ideal in repertoire like Loewe and Brahms, and underestimated in Schubert.

Plenty of past releases in this Icon series since EMI has copyright muscle, which smaller labels and artists can't compete with.  Among these are sets of  Kirsten Flagstad, Nicolai Gedda, Fritz Wunderlich and Hans Hotter.
at April 11, 2011

Email ThisBlogThis!Share to TwitterShare to FacebookShare to Pinterest
Labels: Schwarzkopf