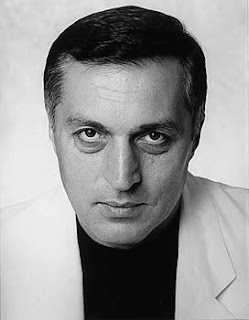 Rimsky-Korsakov's The Tsar's Bride is standard repertoire in Russian-speaking countries, but rarely produced in the west (though there are several recordings). So when it comes to the Royal Opera House, London, this week it will be an occasion. "A tale of passion, poison and corruption" goes the ROH publicity. The Tsar in question is Ivan the Terrible. Since it was forbidden to depict a Tsar in the theatre, his presence looms over the opera, all the more threatening because the menace is concealed. The Tsar as symbol of authority that answers only to itself, and works in secretive ways.  Perhaps the Tsar's Bride is popular because people in Russian-speaking countries recognize the archetype.  The opera can pack a lethal punch.

A girl called Marfa is about to marry Lykov, whom she loves. Her father Sobakin feels he's the happiest man in the world. His favourite daughter is happy, his family is settled, he has wealth and status. But then Marfa is spotted by Gryazanoy, an oprichnik (combination of bodyguard, mafiosi, NKVD operator and hardman). Gryazanoy's mistress Lyubasha, evidently his soulmate, plots to poison Marfa. Then the Tsar himself spots Marfa and decides to marry her but all this grief drives Marfa mad and she dies. So much for happiness in a society where authority is abused and evil rules.

Paata Burchuladze is singing Sobakin to Marina Poplavskaya's Marfa and John Reuter's Gryaznoy. “Sobakin’s famous Act IV aria, “Zabylasya”, says Burchuladze, “doesn’t last very long, but it’s very touching. It’s poignant because he is expressing a great range of feelings, sorrow, loss and also, anger. Sobakin is a good man, but in this vendetta, he is capable of killing, too”.

Burchuladze has created most of the classic bass roles in the repertoire, and has sung Boris Gudonov in nearly every major house in the world.  Boris is another authority figure, but fundamerntally different to the unscruplous tyrants in The Tsar's Bride. “Boris is a good man”, says Burchuladze. “Nobody knows if he killed the Tsarevich. Maybe he just thought about it and his followers did the work. But Boris feels guilt. He feels sorry for what has happened. So many people with that kind of power have no conscience. They kill and hurt people without any responsibility. Boris gets depressed because he knows right from wrong. That’s why he’s a good person”.

Burchuladze, born in Tbilisi in 1955, is a specialist in Russian and Italian repertoire. He's had a fascinating life, and has an expansive, personality, a lot like Luciano Pavarotti his friend and mentor.
Please read this interview which appears in Opera Today.
Lots of sound clips from his recordings on his website.
at April 12, 2011

Email ThisBlogThis!Share to TwitterShare to FacebookShare to Pinterest
Labels: Rimsky-Korsakov