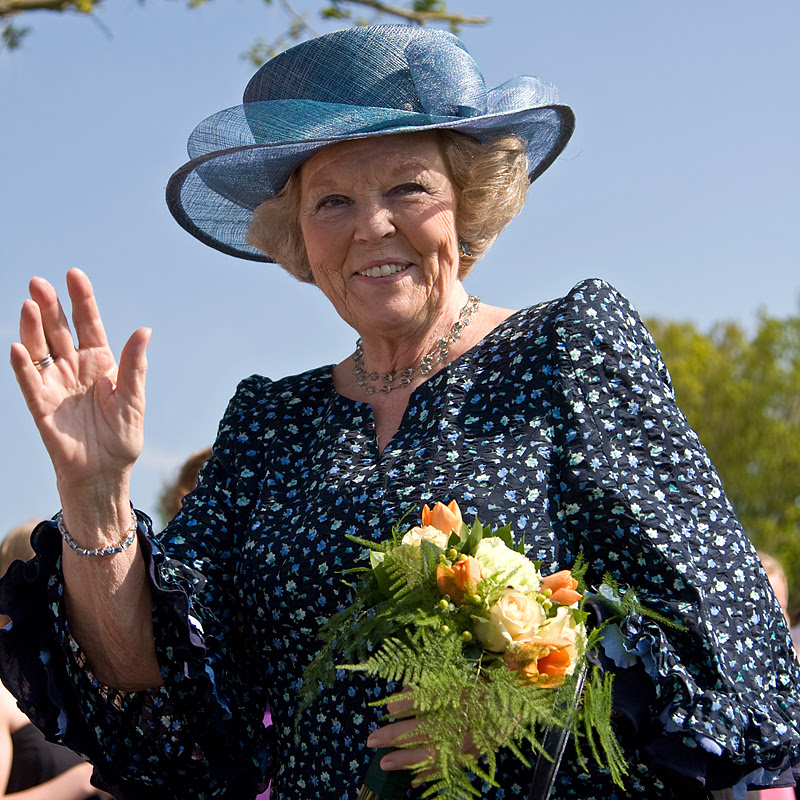 Queen Beatrix of the Netherlands is in Berlin  on a major State vist, only the first since Reunification. It's a historic occasion, the significance of which is perhaps lost on anglocentric audiences  but that's all the more reason to catch the special gala concert the Berlin Philharmoniker website will be hosting for free, live online on Wednesday 13th at 8 pm Berlin time. (7pm London, 2pm New York, 3am Tokyo).

The Royal Concertgebouw Amsterdam take over the Berlin Philharmonie. Mendelssohn's Violin Concerto in E minor and Brahms Symphony no 4, a programme which reflects depth of thought. Janine Jansen is the soloist and Mariss Jansons conducts. This will be a true Royal Command Performance, since Queen Beatrix will be in attendance, supported by Prince Willem-Alexander and Princess Máxima of the Netherlands, the President of Germany, Christian Wulff, and no doubt the great and the good of both countries. Germany and the Netherlands have a history, one might say, so this is a significant event. It's interesting how the two nations mark the occasion with serious classical music. I can't imagine the British Royals getting their heads round this. That tells us something about the difference between British and European culture. We get Kate and Mate and they get Mendelssohn!
photo : Emiel Ketelaar
at April 12, 2011

Email ThisBlogThis!Share to TwitterShare to FacebookShare to Pinterest
Labels: Berliner-philharmoniker