Kurt Weill in a tutu? ROH 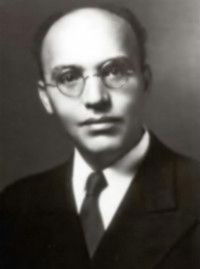 Kurt Weill's "lost" ballet, Zaubernacht, or the Magical Night, premieres at the Royal Opera House in December. It received two performances, one in Berlin in 1922, the next in New York in 1925. Then it went into storage and only surfaced in 2006 when Yale researchers found the locked case in which it was kept - and had to call in a locksmith as there was no key. Aletta Collins is choreographing the production, which is aimed at the Xmas family audience. Better that kids should see Kurt Weill than run of the mill sugar. "As two children fall asleep, a fairy appears to cast a magic spell that brings familiar storybook characters to life". Weill before Brecht.

Could be interesting as it's scored for minimal resources:  solo soprano, piano, two violins, viola, cello, flute, bass, oboe and percussion, so maybe it really will be childlike and magical. It's been staged (with different choreography) in Germany. There's even a recording and Weill refashioned it as Quodlibet. The ROH production is important because it's based on a completely new  critical edition first heard earlier this year in Dessau, but the choreographers are different.

Also interesting to opera people who might not otherwise look at ballet listings is The Prince of the Pagodas. It's Benjamin Britten's only ballet, in which he dabbles in exotic "Oriental" fantasy. more lyrical and energetic than Curlew River, since it was written to be danced to. The production is the famous Kenneth MacMillan version, which hasn't been revived for 15 years.