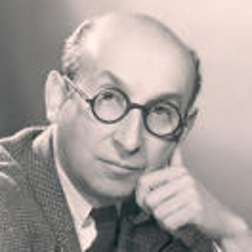 "Life's a swindle, life is short but greed's always in season"
Mischa Spoliansky (1898-1985) wrote hits for Weimar cabaret in Berlin, and for music theatre including Es liegt in der Luft (1928) with which Marlene Dietrich made her stage debut.  Obviously after 1933 Spoliansky had to get out quick. But the spirit of Weimar Cabaret never dies as  long as there are creative people with independent minds.

Melinda Hughes is classically trained but she's  made a name as a composer, lyricist and performer of radical, modern cabaret. Her new CD Smoke and Noise is now out on Nimbus Alliance.  The title refers to Schall und Rauch, a nightclub Spoliansky worked for long ago.  His music hasn't been forgotten as he was an extremely successful composer for movies after he relocated to London. There's even an LP of him playing his greatest hits but this is the first new tribute.and easily available CD.  Spoliansky's on the verge of a revival, because his cabaret work connects to contemporary concerns. BCMG is doing a concert of songs by Spoliansky, Hanns Eisler and Stefan Wolpe in May. Get Melinda  Hughes's CD now to prepare, because it's very good.

Hughes  tracked down Spoliansky's music through the Jewish Music Institutre in London and met Steve Edis, whom she describes as "the fount of all knowledge Spoliansky". He played the songs on Spoliansky's own piano and told her the stories behind them.  The new CD features songs from some of Spoliansky's greatest hits like Es liegt in der Luft. You can just imagine Marlene Dietrich smouldering in L'heure bleue, an ironic song about the perfume, wildly popular in the Weimar period. Hughes, who's fluent in German, is pretty good at smouldering too, and has a comic gift. 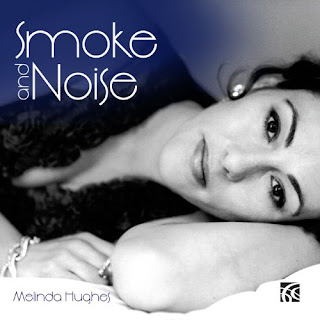 Mischa Spoliansky's Alles Schwindel (1931) from which the line above comes, must have been explosive at the time, after the Wall Street Crash and rise of fascism.  It's subversive even now, especially with Jeremy Lawrence's English lyrics. Life's a swindle has lines like "Politicians are magicians, they make money disappear". It's a great rousing anthem but the irony is bleak.

Even better is The Smart Set, also from Alles Schwindel, also known as Das Lied der Gesellschaft . Hughes delivers the lines with a cut glass accent so arch that sometimes she deliberately sings up a tone, so it feels like the cut glass is cracking. Which is exactly what the song is about.  Savagely trenchant.

Some may remember Julie Andrews in drag in Victor Victoria. One of Spoliansky's other great successes was Victoria but I don't know if they're connected. Evidently though Spoliansky had sympathie, although he was straight.  Das Lila Lied deals with gay rights - in 1920!   Auf dem Mundharmonica comes from a 1956 show about a circus, but the words are potent. Circuses travel all over Europe. But so did soldiers. The song comes from a musical based on Carl Zuckmayer's play Katarina Knie. The ironic I am a Vamp (1933) is so exuberant, you sing along.

Hughes mixes Spoliansky's originals with songs from her own cabaret Kiss & Tell, like CRUNCH. This song is brilliant. Every line crackles - impossible to quote the best!  Less succesful is Carbon Footprints in my Jimmy Choos whose theme is a bit predictable, but Toy Boy and Smoker's Lament are excellent - both satires on modern pretensions. The combination is sensitively done, since Kiss & Tell's material reflects the political  bite of Weimar cabaret. Although Spoliansky is the focus of this CD, the Kiss & Tell songs are so good that they're worth hearing on their own merits. Yet not all Weimar music was radical or even leftist.  Long before he moved to Britain and wrote music for movies like Sanders of the River and King Solomon's Mines, Spoliansky was writing for Ufa movies. Close your eyes and wish for happiness is straightforwardly sentimental, though we can't help but hear it tinged with what we know happened later. Similarly the gentle Auf Wiedersehen, but its message is hopeful.  Spoliansky is gone, but we'll meet him again through his music.
HERE is a link to the Mischa Spoliansky website, which has sound and video clips. This CD is on page one.