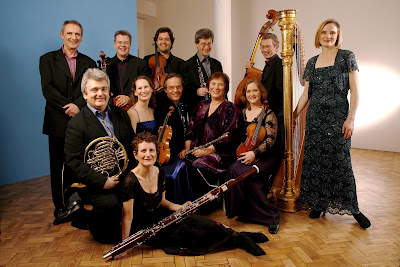 The Nash Ensemble's series at the Wigmore Hall, "Dreamer of Dreams" continued its survey of British music in the first half of the 20th century with an intriguing programme. Many underlying themes, and thoughtful juxtapositions.
(photo of the Nash Emsemble credit  Hanya Chlala/Arenapal) 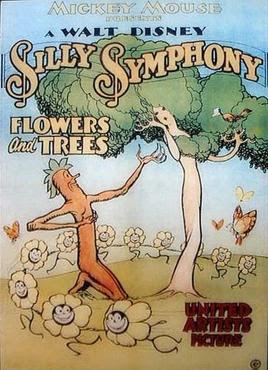 Britten's Simple Symphony op 4 for strings (1933-34) shows the composer in exuberant high spirits. The "Boisterous Bourrée" romped cheerfully. The "stomping" melody mimics heavy feet dancing, but needs to sound humorous. In the "Playful Pizzicato", the Nash Ensemble strings plucked crazily but in complete technical control. Britten is having fun, sending up "serious" music while being perfectly serious. In the early 1930's Walt Disney was making Silly Symphonies, an extremely inventive series of cartoons. While nursery characters frolicked, the audience was listening to orchestral music in the classical tradition. Britten enjoyed movies. Quite possibly, he saw Disney's work. A Silly Symphony based on a Simple Symphony would have been delightful. The themes in this symphony derive from the compositions Britten wrote as a child; he re-invents them (Read my article"Benjamin Britten Boy Wonder" HERE). "Simple" is a cheekly misnomer. While this short, sharp symphony bubbles with child-like glee, there's nothing childish in the technique. This is Britten, bursting into the public sphere, inspired by the wonder of creative growth.

The recital would end with Gerald Finzi's Dies Natalis which describes the miracle of creation through the eyes of a new born.  Between these two pillars, the Nash Ensemble placed early works by Frank Bridge and Ralph Vaughan Williams, extending the theme of youth and artistic birth.

Bridge was later to become a formative influence on Britten, who opened horizons for Britten beyond the confines of British music at the time. Bridge's Three Songs for voice, viola and piano (1906) aren't specially innovative, and rely heavily on good performance. Roderick Williams animates the songs with committment. He's beautiful to listen to but the texts and text settings aren't up to his standards. "Blow...ye..winds" doesn't flow even if the poet is Matthew Arnold. "Where is that our soul doth go?" is a translation of a poem by Heine, so stodgy that it would defy most composers. Fortunately, Bridge's ear for viola was much more acute. The viola part dominates, voice and piano taking secondary place. Laurence Power's sensual playing made these pieces effective. Perhaps they are really songs for viola?

In 1908, Ralph Vaughan Williams went to France to study with Ravel. This was his artistic breakthrough.  His Five Mystical Songs (1906-11) are well known in the orchestral version, so hearing them as piano song shows how they bridge religious music and art song. Herbert wrote hyms for the godly: Vaughan Williams wrote hymns though he wasn't devout. Easter is fervent.  Roderick Williams emphasizes the key words and phrases, like "Thy Lord is Risen", but the sensuous beauty of his voice tempered their ferocity. The text suggest militant Christianity : Williams's warmth imbues it with humanity. The middle verse "Awake my lute" shines with characteristic RVW cadences, well defined by Ian Brown the pianist.  Roderick Williams's voice is naturally beautiful and colours the words with sensitivity.  In I got me flowers, the imagery is delicate, but the subdued chromatic middle section culminates in a forceful finale. "There is but one, and that one forever" sang Williams forcefully, supported by Brown's playing which resonated like a church organ.

Antiphon is known to Anglicans as the hymn My Lord is King!. "Let all the world in ev'ry corner sings" erupts with a flurry of bell sounds, as if bells were ringing all over the world. Ralph Vaughan Williams admirers connect immediately with the pealing bells of In Summertime on Bredon (from On Wenlock Edge)  Text is foursquare. "The Church with palms must shout". But Vaughan Williams makes it clear that, for him, this is not anthem but art song.

William Alwyn's Pastoral fantasia for solo viola and strings  (1939) may have been included as a vehicle for Laurence Power. His playing made the piece worthwhile and enjoyable even though the work itself isn't memorable. Alwyn's pastoralism is pretty, but we know from Vaughan Williams that landscape painting in music is much more than surface charm. It was good to hear Alwyn in the company of Britten, Finzi and Vaugham Williams so we appreciate their originality all the more.

Gerald Finzi's masterpiece Dies Natalis op 8 (1939) was premiered at the Wigmore Hall in January 1940, by Elsie Suddaby. The Finzis and their sons used precious petrol rations to drive up to London for the occasion. For many in this 2012 Wigmore Hall audience, with many Finzi specialists, it was the much anticipated highlight of the evening. Unfortunately, Susan Gritton was indisposed, which is a pity as she's very good. She didn't seem well the previous week at the Mendelssohn concert (reviewed here) but  her replacement was left so late that the announcement had to be made on stage. Ailish Tynan was aparently cooking lamb for dinner when she was called to sing. Dies Natalis is difficult to sing but several sopranos and tenors have it in their repertoire. Since Tynan's best work has been in oratorio, her performance was interesting because it showed, like RVW's Five Mystical Songs, that oratorio and art song are fundamentally different genres.

Dies Natalis begins with an Intrada where themes to come emerge briefly. It suggests, to me, the swirling gases of the cosmos, before the Universe was formed. Dies Natalis deals with no less than the miracle of Life and Creation, so this interpretation is valid, since it suggests primordial growth and vast cosmic forces. I was a little surprised that the themes weren't as clearly defined as they could be, but that hardly matters, since the concept is so overwhelming. This sense of infinite space and time is important because the poet, Thomas Traherne, though Christian, was a mystic. Transcendentalism "transcends" traditional dogma.  "Will you see the infancy of this sublime and celestial greatness?" the poet asks. Traherne's Rhapsody is prose, but with strange syntax, which Finzi respects by setting it with unsual rhythms  "I was a stranger, which at my entrance into the world was saluted and surrounded with innumerable joys: my knowledge was Divine!", the word "divine" jumping forth from the score, as if illuminated by unearthly glow.

Although there are references to Adam and to God, Traherne'surreal imagery bears little resemblence to conventional religious text. "The corn was orient and immortal wheat, which never shall be reap'd nor was ever sown. I thought it had stood from everlasting to everlasting". Finzi's dynamic extremes emphasize the psychic extreme of the poet's imagination. They aren't there to display vocal gymnastics. Tynan's notes were pitched to extremes, at the expense of diction.  We should be hearing meaning, not voice as such, but meaning in Dies Natalis is not easy to grasp. Calm stillness underpins the ecstasy, for the cycle repeatedly refers to sublimation over ego and the sense of self. "I saw all in the peace of Eden. Everything was at rest, immortal and divine".

From Rhapsody to Rapture. This cycle often works best when sung by a tenor, emphasizing the strange, unconventional spirituality. "Sweet Infancy!" does not refer to babies, but to the idea of birth.. Perhaps for Finzi with his beliefs in organic farming and living in harmony with nature,  it's a statement of faith in something more primeval, the very force of life itself.  Finzi was way ahead of his time.

"When silent I, so many thousand, thousand Years beneath the Dust did in a Chaos lie, How could I Smiles, or Tears, or Lips or Hands or Eyes perceive " (Traherne's upper case).  Most definitely this isn't a human baby, nor even baby Jesus. Long before science developed theories about the Big Bang and primordial soup Traherne intuited the idea of the birth of the cosmos. Dies Natalis explores new territory, completely alien to the certainities of the established Church. Indeed, the very idea of faith is challenged. Fundamental to this cycle is the sense of wonder, of seeing the world anew through absolutely pure, unbiased eyes. Even Jesus had an agenda when he became Man. Finzi creates a  Being without any consciouness other than the sheer miracle of existence.  "A Stranger here, strange things doth meet, strange Glory see......Strange all and new to me, but that they MINE should be ...who Nothing was, That strangest is, of all, yet brought to pass".