Singers, looks and art - who is Octavian ? 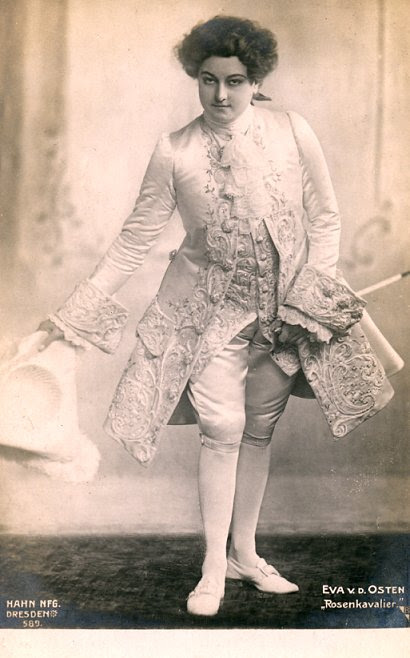 How can anyone hear Der Rosenkavalier and not realize "Things don't have to be the way we think they should be?" Tara Erraught's got an interesting voice - bright and agile, with robust, solid depth. Erraught's a very good actress, who creates an ebullient Octavian, bursting with high spirits . Hers is a totally valid characterization, because we know from the score that Octavian's not averse to high jinks, cross-dressing and madcap japes.
Kate Royal looks divinely beautiful, so even if she doesn't sing the role as perfectly as other Marschallins in the past, she's gorgeous to look at. Erraught's Octavian provides contrast. Who hasn't seen couples that look odd together.  Erraught and Teodora Gheorghiu's Sophie look right for each other, both naive and gawky. Which is precisely the point of Der Rosenkavalier. The Marschallin knows that Octavian is made for Sophie and not for her.It's not for us to decide otherwise. 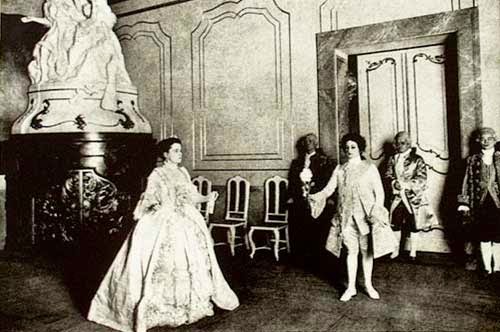 Opera is theatre with singing. It is not enough that a singer looks good but can't sing or act.  Good singers can express emotions with their voices and gestures. And singers don't operate in a vacuum.  Richard Jones chose this cast well because they interact well together.  It's also not enough to sit through a performance without thinking how things relate to each other and  above all, WHY. But maybe that's too much like hard work.Never, ever judge an opera on the basis of still photos Passive listening is the curse of TV. It shouldn't apply to opera. The saddest thing about this furore is that so many people are rushing to judgement who don't know the performance, the production, the singers , the context or the background. Or the opera itself, for that matter. Erraught is young, but she has potential. It would be a crime if her career is derailed by the visually and musically illiterate.

Above another photo from the Dresden premiere, which shows that Octavian was about the same size as Sophie. Where do people get the idea that Octavian has to be tall? The Marschallin likes him because he's young and good in bed. Haha!  PS  Strauss was a man of the theatre who knew that opera is illusion. A woman in her 30's or more doesn't look like a teenage boy. Which says a lot about Baron Ochs and the Ochses of this world. Appearance isn't all!  Strauss could have written the part for a boy, bu he didn't.
at May 19, 2014

When I saw Tara Erraught on stage as Octavian I couldn't but help thinking of Gustavo Dudamel (maybe it was the ringlets, the diminutive stature and the slight plumpness). And I understand some people swoon over him. If Dudamel can have this effect, why not Erraught's Octavian?

How could I have missed your blog all this time? This is a great post! As well, thank you for including VoiceTalk in your blogroll. I have happily reciprocated. All best regards- Daniel

Ditto. It's just a bit galling when to use the term 'chubby cherub' (the adjective, I know, is redundant) favourably is seen as sexist.

I'm refraining from comment in any major way as they all need to be allowed to get on and hone this extraordinary production. But thanks for putting it so well. The visuals do matter, it's a question of the 'how'. And the how in describing it, from both sides, has been insensitively handled.

Daniel, I'm honoured, Been your fan for ages !