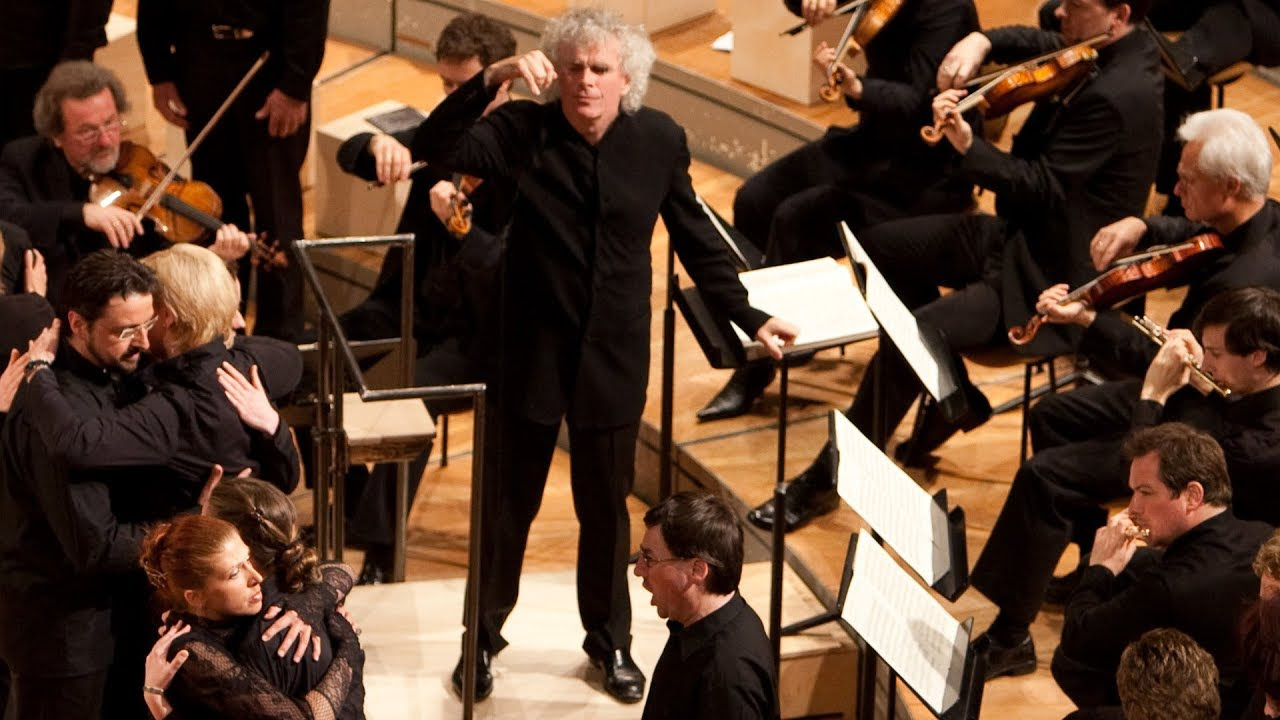 Peter Sellars's Bach St Matthew Passion Prom with Simon Rattle and the Berliner Philharmoniker can't have been anyone's top pick of the season because it's been done so many times and in so many places since first produced five years ago. There's a DVD and a relatively recent performance on the Berliner Philharmoniker Digital Concert Hall with much the same cast as we had in London.In principle, there's absolutely no reason Bach Passions should not be staged.  Strict Lutherans didn't do theatre, but theatre is very much part of Christian tradition. Latin  Masses were mystical, artistic experiences. Modern masses put the emphasis back on what Christianity means, rather than thrills like flowers, statues and incense.

There's also no reason why Bach Passions shouldn't be reinterpreted in new terms. That said, it depends on what  the new terms are. I'm no fan of Peter Sellars's self-indulgent, often maudlin stagings which say more about him than about the music he's staging (which is fair enough).  Since I've seen the production several times I wasn't going to rush out to the Royal Albert Hall.  This isn't Sellars's worst. It's  relatively austere and moving in a simplistic way, which  might appeal to some. A friend did, however, go last night.  Here's his review !
at September 07, 2014