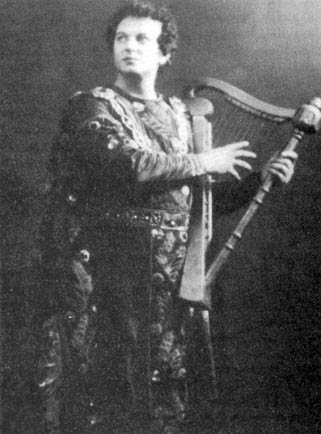 Who was Závodszky Zoltán? A friend sent a link to an hour-long documentary about him, with lots of clips and rare photos, but it's all in Hungarian. Help, please!

From what we've been able to gather, Závodszky (1892-1976) was a famous Hungarian tenor, who specialized in Wagner, singing mainly in Hungarian translation.Watch the documentary because it's fascinating,  even if the language is beyond most of us.  From what I gather Závodszky is being interviewed, and talks about his roles. What a clear, pure Heldentenor he was - if he'd sung more in German, and in German houses, we'd be sure to know him better. How frustrating it is that we can't follow the interview because he sounds like an interesting person with perspectives worth hearing.

Adds my friend: "couldn't find a bio, but he had been a pupil of the great Wagnerian tenor Georg Anthes, who sang at Bayreuth and the MET in the early 20th century. Anthes can be heard in a few Mapleson cylinders and had also been the teacher of Rosette Anday and Maria Nemeth, who, unlike our tenor, made great careers in Vienna. He seems to have been active only in his native Hungary. All his recordings are in Hungarian. I first read about him in "Opera on Record", in which he is mentioned as the best Parsifal Knappertsbusch had heard. No mean feat. It's interesting to notice which conductors are mentioned in the documentary: Weingartner, the also forgotten Sergio Failoni and Knappertsbusch. I was told that both Failoni and our tenor were performing at the Budapest Opera until 1948. So, we have got a singer who had been active in the 30s and perhaps  earlier on and later and had a special affinity with Wagner's music I find him no less moving as a Liedersaenger at a well advanced age. I wish he had recorded any of the Schubert cycles."  He also sends this link, in English.

In the documentary, there's a clip of him singing from Schubert Die schöne Müllerin. He looks about 70 years old but his voice holds up well.

Below his Tristan and his Lohengrin.

Email ThisBlogThis!Share to TwitterShare to FacebookShare to Pinterest
Labels: Wagner